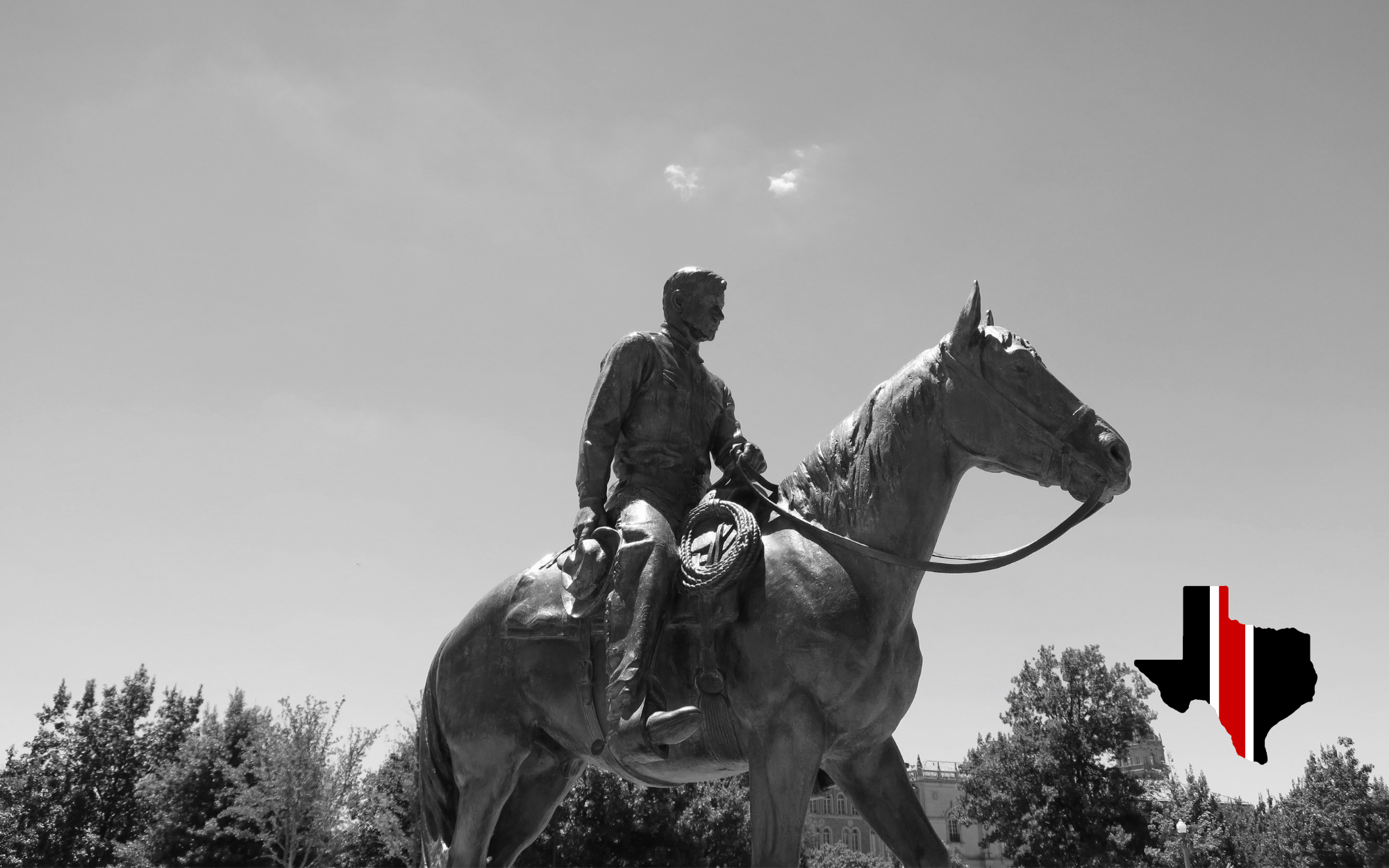 Well, we had some news yesterday.

Texas Tech athletic director Kirby Hocutt was on his weekly radio show, co-hosted by Robert Giovannetti, and I have not had time to listen to it, but you man on the spot, LSRR07 a.k.a. Michael summarized it for you:

– it’s basically a two-man search committee with Hocutt and President Schovanec
– situation is fluid, lots of conversations and visits
– was prepared with some names initially
– “I tell you what, I like where we are today.”
– “we’re having a conversation with somebody who is a coordinator at a high-profile program” when asked if only head coaches are being considered
– buyouts “will come from athletic reserves we’ve been able to accumulate the past several years”
– “I want a head coach to come in and set the vision for this program” when asked about offensive or defensive-minded candidates
– Beer sales next year? Will take recommendation soon to President Schovanec who would then have to approve before presenting to BOR.

As many of you have astutely noted that based off of Hocutt’s comments, he said that only current coaches and/or coordinators are being considered, so that takes off the list guys like Bob Stoops, Todd Graham and hopefully that also means that any thought that Art Briles would be considered has been fired into the sun.

It should also be noted that Purdue’s Jeff Brohm turned down his alma mater, Louisville, and so I think the major colleges that have open spots are Louisville (obviously), Maryland, Colorado, Georgia Tech (Paul Johnson retired yesterday), and Texas Tech. I think that Neal Brown will be the top candidate for the Louisville position, he’s from Kentucky and that makes just so much sense. I think the Kanas State job opens up within the week perhaps.

West Virginia head coach Dana Holgorsen: No news, although there were some thoughts that Holgorsen was leading the charge early yesterday morning. Should also mention that Holgorsen’s offensive coordinator, Jake Spavital, was named the head coach at Texas State, so Holgorsen will be looking for a new OC. I know the WVU folks would really like Kliff Kingsbury, but it appears that Kingsbury is all in on the USC offensive coordinator position and I think that living in L.A. vs. living in Morgantown is a pretty easy choice.

Washington State head coach Mike Leach: Things are getting much more quiet on this front, not dropping him out of Tier 1, but this is looking less likely.

Utah State head coach Matt Wells: A-J Media’s Don Williams reported (and others have reported the same thing, but behind paywalls) that Utah State head coach Matt Wells is the leading candidate to be the next head coach. A lot of you are a bit “meh” on this hire and when compared to the other Tier 1 guys, yeah, I can understand that. Wells has an overall record of 44-34 at Utah State going 9-5, 10-4, 6-7, 3-9, 6-7, and 10-2 for the Aggies. Wells is an alum of Utah State, having played quarterback there.

I’m not here to talk you off of any sort of ledge. That’s not my job (although I’m going to be selling you hope and patience and all of those sorts of things regardless as to who is hired very soon . . . just buckle up for that). From a national perspective, Associated Press’ national writer Ralph D. Russo replied quite a bit to the Don Williams story that Wells was the frontrunner for the job and I’m going to try to do this so that you understand that he’s replying to people asking about what Wells has done at Utah State.

Don Williams: A source connected to Texas Tech tells me that Utah State coach Matt Wells “is the leader right now” to succeed Kliff Kingsbury as coach of the Red Raiders.
Russo: That would be a pretty strong hire, I think.

Tice Singleton: What’s wrong with Utah State?
Russo: From 1981-2010, Utah state had 2 winning seasons and never won more than 7 games. It is the third school in a state that doesn’t have a ton of football players. It’s a program with no history of high leveling winning until the last 10 years under Andersen and Wells

Russo: Good rule of thumb in college football. The program you have always been is the program you will usually be. A coach who can exceed your historical norms has probably done a good job.

Matt Cristensen: IDK we’ve won 10 games like 4 of the last 7 years. Had big programs like Texas A&M, Oklahoma, Auburn, USC, Wisconsin, Michigan State on the ropes. 2nd winningest team in the MW behind Boise since 2013. But don’t tell any of that to Ralph
Russo: Yes, Utah State has rich history of success that goes back 7 years and includes going 15-23 from 2015-17. My point is it is not an easy place to win and Wells has done … well there.

There was also this exchange between Russo, USA Today’s Dan Woken, and Rivals’ Matt Clare (who is a Texas Tech graduate, writes for RRS, and obviously Rivals. Wolken’s first response is to someone criticizing his opinion about how it can be more difficult to recruit to a place like Pullman:

Dan Wolken: Good lord this was not a knock. It’s simply a fact of life that it takes more effort and logistics to get kids on campus than their competitors. It makes recruiting harder. And I do think it’s useful context to consider why Matt Wells hasn’t won 10 games every single year. The fact he’s been *this* good is really flattering to his ability IMO
Russo: But Dan how good can the coach be if he’s not knocking out 9-plus wins a season at a program that is …. 8 games under .500 all-time and the third school in a state that this year has …. 1 four-star recruit.
Matt Clare: Dan/Ralph – how does his experience translate to P5 vs. Gary Anderson, who didn’t really work out at either Wisconsin or Oregon State?
Dan Wolken: You never know for sure but I also think you need to judge by more than the record. Gotta take the whole person into account – and they are VERY different people
Matt Clare: Fair enough, seemed like most were pretty high on the Anderson hire at the time…just never know.
Russo: You don’t know until he gets there and that pretty much goes for any coach.

I thought that Wolken’s comments about how Gary Andersen and Wells being “VERY” different people is interesting and perhaps an indication that Andersen may not be all that he’s cracked up to be. Again, I’m not here to convince you of anything, just provide perspective. And I know that no matter what, you’re not going to get sold on Wells and that’s fine.

Oregon defensive coordinator Jim Leavitt: Duck Territory confirmed that Jim Leavitt interviewed for the head coach position. I honestly think that Kansas State is about to do something with Bill Snyder, so Leavitt may be biding his time until that position comes open and has an out in his contract to take that position without any school having to pay his $500,000 buyout.

Memphis head coach Mike Norvell: In Williams’ article, he wrote that Norvell is really close to being in that first tier and I’d be good with Norvell personally and prefer him to Wells, but I honestly haven’t done enough research to make a distinction (this sounds like a weekend project).

Out or Likely Out

Out of work former head coach Todd Graham: I think per the Hocutt radio show, only current coaches or assistants are being interviewed.

Out of work former head coach Bob Stoops: I think per the Hocutt radio show, only current coaches or assistants are being interviewed.