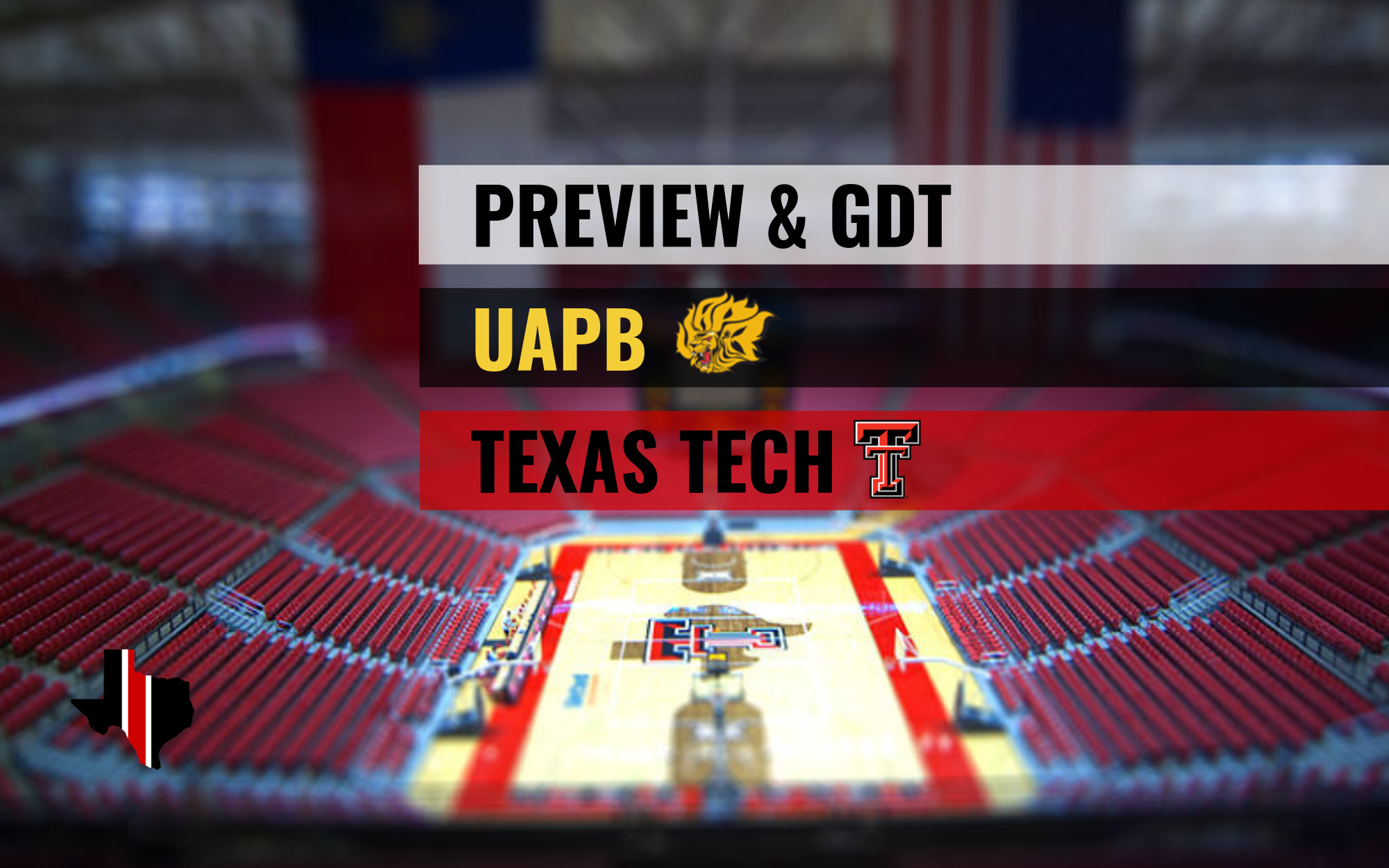 The Golden Lions come to town.

**The superhero thing is just to have fun with tonight’s theme. I didn’t put any thought into who was what other than I thought that Odiase should be the Hulk.

1. Stats. Yeah, Arkansas-Pine Bluff is a terrible team, one of the worst that Texas Tech has played. They don’t do anything well. The fact that there is so little that separates the terrible offense and terrible defense means that they’re just a terrible team. I’ve got nothing here.

2. Scouting. The only thing that UAPB does marginally well is that they get to the free throw line at a decent rate, 69th in the country. That’s about it in terms of advantages on either offense or defense. They also are better than terrible at grabbing offensive boards, 183rd in the country. McKnight is a very good player, has the ball in his hands a ton and has the team’s best assist rate and pretty low turnover rate. He obviously scores pretty well and has a decent eFG% of 46.5%. Not great, but not terrible. Banks and Smith are the guys that are going to grab those offensive boards, so keep them off the boards and you’ll be fine.

3. How They Match Up. We’re really seeing the disappearance of Odiase, and I’ll type this again, this would seemingly be a game where Odiase should contribute. UAPB isn’t overly athletic and Odiase should be able to man the middle and keep those Golden Lions off the boards. Odiase only played 5 minutes against Memphis, compared this to 6 for Malik Ondigo. Beard is opting to either go with Owens in the middle or just going small with Corprew and/or Francis at the power forward. I’d guess that this is probably the most efficient lineup: Moretti, Mooney, Culver, Corprew/Francis, and Owens. Either way, Texas Tech should dominate this game, 30+ point win should be in the conversation.

The Golden Lions, who also have Charles Jackson (10.6 points) and Shaun Doss (10 points) scoring in double figures, are hoping to bounce back following a 105-49 loss to Cincinnati back on Nov. 27.

Texas Tech counters with one of the top defenses in the country, which is yielding 53.3 points per contest — ranked third in the nation — and No. 1 in field-goal percentage defense (33.8 percent) via NCAA statistics through Dec. 3.

At the heart of the defense is forward Tariq Owens, a senior graduate transfer who is coming off an eight-block game in which Texas Tech defeated Memphis 78-67. Culver (19 points, eight steals), Mooney (10.6 points, 16 steals), Moretti (10 points, six steals) and freshman Kyler Edwards (7.4 points, seven steals) is also sharing the load on the defensive end.

“They are a really scary team that has our full attention and respect,” Texas Tech head coach Chris Beard said. “They are really athletic with a guard who is averaging over 25 points per game. He’s an aggressive player who puts pressure on the defense. They have good shooters and good size. Our bigs will have to play well. They play an open-floor game. There are similarities between Memphis and Pine Bluff in how they like to run so we are going to have to clean up a lot of things. We’re going to have to play well. Our players will be dialed in just like we were going to be playing Kansas.”