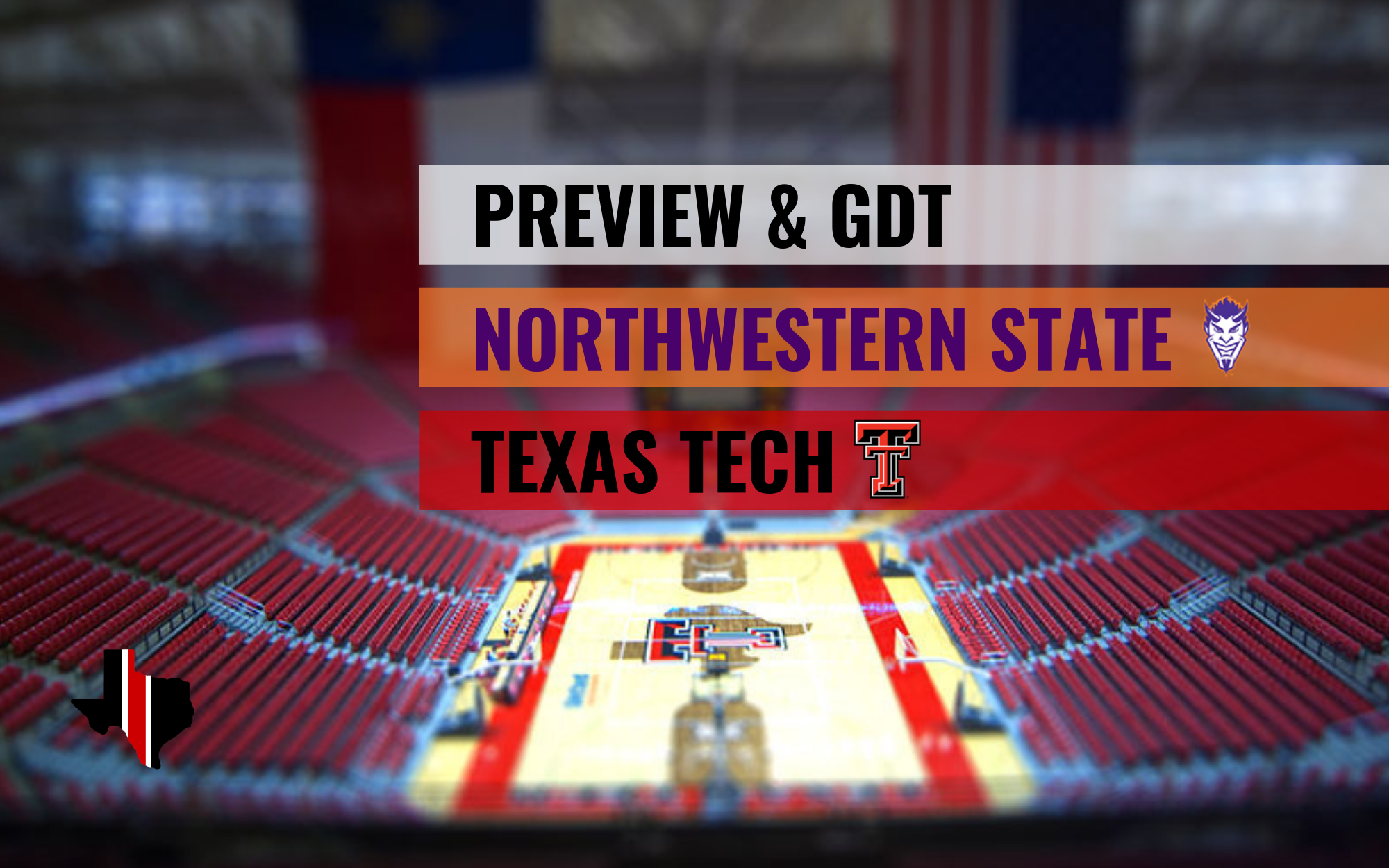 We preview the Demons.

1. Stats. If you thought that Arkansas Pine-Bluff was bad, well . . . NSU is the 15 spots or so worse than the Golden Lions of Arkansas Pine-Bluff. For perspective purposes, APBU is about 330th in the nation overall, you can see ranking for NSU and there are 353 teams that are actually ranked that would put NSU in the 97% worst teams. The Demons have a slightly better offense than defense, but we’re splitting hairs here. Please note that Texas Tech is not ranked as high with Haslemetric, most likely because of the overall lack of strength of schedule. I know that we can point to a handful of games that Texas Tech has played are good, like Nebraska and USC and Duke in a week or so, but overall, the non-conference schedule is not great.

2. Scouting. Lane is the best player, but this is a tough thing to pick out a really good player. Lane is a good defensive rebounder and Williams and Comanita are the team’s best shooters and Williams gets to the line quite a bit.

3. How They Match Up. NSU has beaten Centenary by 40 and Alabama A&M by 4 in overtime. They’ve lost to UTEP by 30 and recently lost to TAMu by 21. There isn’t a position where Texas Tech shouldn’t have a significant advantage. This should be a 30 point win.

But, when the Texas Tech transfer forward was asked to describe his style of play, he was quick to provide an answer before his head coach interjected following a 93-62 home victory over Northern Colorado back on Nov. 24.

“Street dog. For sure. … Just want to go out and do the tough stuff,” Corprew said, chuckling.

The Red Raiders (8-0) are 5-0 at home this season and 4-0 all-time against the Demons (2-7) with the last meeting coming in 2014 and resulted in a 75-64 win. TTU has not lost a non-conference home game since Dec. 18, 2013 and is coming off a 65-47 win over Arkansas-Pine Bluff last Wednesday where the Red Raiders limited the Golden Lions to only 32.6 percent shooting. Northwestern State has lost three straight after dropping an 80-59 game to Texas A&M last week in College Station and is the first of two Southland Conference opponents coming to Lubbock this week. The Red Raiders will also host Abilene Christian (9-1) at 6 p.m. on Saturday in the Throwback Game at the Lubbock Municipal Coliseum.