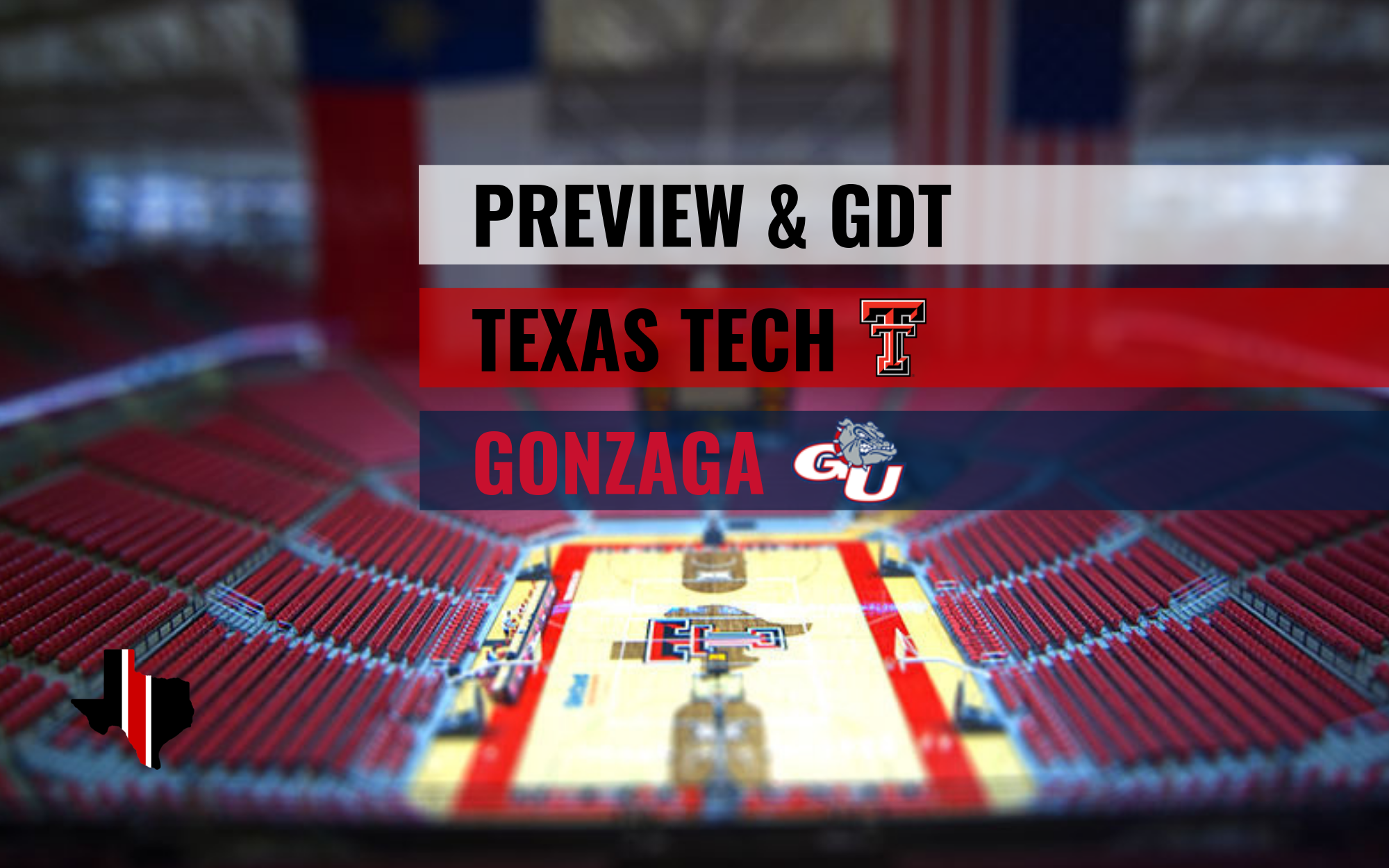 It’s for the Final Four.

How to Watch: TBS | MarchMadnessLive

1. Stats. There are lots of good things to like here if you’re Gonzaga. They have the #1 offense and the #8 defense overall, so they’re elite. They’re 1st in eFG, 10th in turnover percentage, 1st in making 2-point buckets, and 1st in block rate. That’s quite a resume. Then on defense, the defense is 6th in eFG%, 19th in free throw rate, 18th in 3-point percent allowed, 6th in 2-point percentage, and 21st in block percentage. They are good to quite good.

2. Scouting. It may take some time to get through all of their good offensive players. it starts with Rui Hachimura, who is a high level elite offensive player, makes 62% of his eFG%, makes 61% of his two-point field goals, and 46% of his three-point shots. Fellow forward Brandon Clarke is equally elite offensively and is good in all of the same items except that Clarke is a high level defender. Norvell and Perkins aren’t as elite, but they’re very good and Perkins is a high-level assist player and distributes the ball at a 30% rate. Tillie, Jones, Petruseve, and Jones are all very good shooters. It’s a lot to stop.

3. How They Match Up. Gonzaga is a free-flowy offense where they like to run and they’re very athletic and difficult to stop. In fact, they’re similar to Villanova in terms of having multiple positions that are difficult to stop. You can’t really sag on any one player. Texas Tech’s defensive prowess is very real, but offensive teams that have multiple offensive players that can score, which is Gonzaga (I’m thinking that Iowa State is similar in terms of the type of player) is Texas Tech’s kryptonite. Beard and staff usually find something to pick out to stop an opponent. I’m interested as all-get-out to figure out what that is.

In fact, Mark Adams could not be found postgame. The Texas Tech assistant had found an empty corner inside the bowels of the Honda Center to watch and later devise a gameplan to slow down an up-tempo Gonzaga offense.

“He’s back there in the little corner (of the locker room) with his little notepad and his MacBook,” Texas Tech senior graduate transfer Tariq Owens said Thursday night. “He’s watching film somewhere, wherever he is.”

As Beard put it to his squad, “40 minutes from playing in the Final Four.”

Tariq Owens and Norense Odiase may not have led the team in scoring, but the seniors provided leadership and toughness in the form of offensive and defensive rebounds in wins over Buffalo and Northern Kentucky.

“I’m just so happy for them,” Dora said of Owens and Odiase. “Especially for Norense because he’s been through some injuries and didn’t play much because of it. But, he’s bought in and the reason we’re here.

“And Tariq, he’s been playing five years before finally getting to this stage and play in the (NCAA) Tournament. He’s fired up and going to bring it every time he steps on the court.”

No secret why his top-seeded Bulldogs held off a late charge from fourth-seeded Florida State — in a 72-58 victory Thursday at the Honda Center in a Sweet 16 matchup of the NCAA Tournament — much like they usually hold off opponents late in the game.

“It’s winning, man,’’ Few said. “It’s the culture of winning. And, oh, yeah, the older guys teach the younger guys. This is what you do at Gonzaga. You win.’’

Beard comes from the Bob Knight coaching tree, which helps explain how he broke his hand during a halftime fight with a locker room grease board when he was coaching Arkansas-Little Rock to the tournament, and an eventual upset of Purdue, in 2016.

Yet the story of this 46-year-old hoops coach in a hurry is not one of uncontrolled rage, a la Knight in his worst moments, but rather, one about the lessons of life, and coaching, that get learned when nothing comes for free.

“I wasn’t a great player, I don’t have a famous grandfather,” Beard said, in explaining his ethos back in 2016. “I get up every day, surround myself with winners. Every day I feel like I’m an underdog.”

The Red Raiders have held 13 foes below 55 points. They’re giving up 53 points on 35.6-percent shooting in three NCAA Tournament wins.

“How well they move together on defensive end,” Gonzaga wing Zach Norvell Jr. said. “Sometimes they’re all in sync; it’s pretty cool, actually, watching it. Just understanding what they want to do and have counters to it.”

“They don’t really have a weak link,” said GU assistant coach Brian Michaelson, who compiled the scouting report. “Some of the other teams we played it was, ‘Hey, that guy is a scorer, you can go at him,’ or, ‘He’s a really small guard or a slow big,’ whatever it was. Almost every team had some weakness. They don’t have that 1 through 8 (in the rotation).”

“He’s a threat when he crosses half court,” Gonzaga’s Zach Norvell Jr. said. “Just try to make things tough for him, switch up the defensive schemes. It’s going to be a full team effort.”

Gonzaga coach Mark Few said he doesn’t expect a high-scoring game and has prepared his team to be patient for what figures to be a grind-it-out affair.

“Usually it takes two to tango in pace of play and things like that. So we understand that,” Few said. “We’ve played many games this year where the tempo probably hasn’t been at the speed we like to. Texas Tech is just tough as nails. They don’t make a mistake; don’t miss an assignment with their help. They have a real conviction to guard you as a team and it’s tough.”

With a berth to the NCAA Final Four on the line, No. 3-seeded Texas Tech will take on No. 1 Gonzaga at 3:09 p.m. (PT) on Saturday at the Honda Center with the winner advancing to the NCAA Final Four next week in Minneapolis, Minnesota. The Red Raiders (29-6), who won the Big 12 regular-season championship and are 74-30 under head coach Chris Beard, are back in the Elite Eight for the second year in a row after advancing to the program’s first-ever Elite Eight last season. Tech has already checked off multiple program-first this season and now seek its first trip to a Final Four after reaching the fourth round with a 63-44 win over Michigan on Thursday in the Sweet 16.