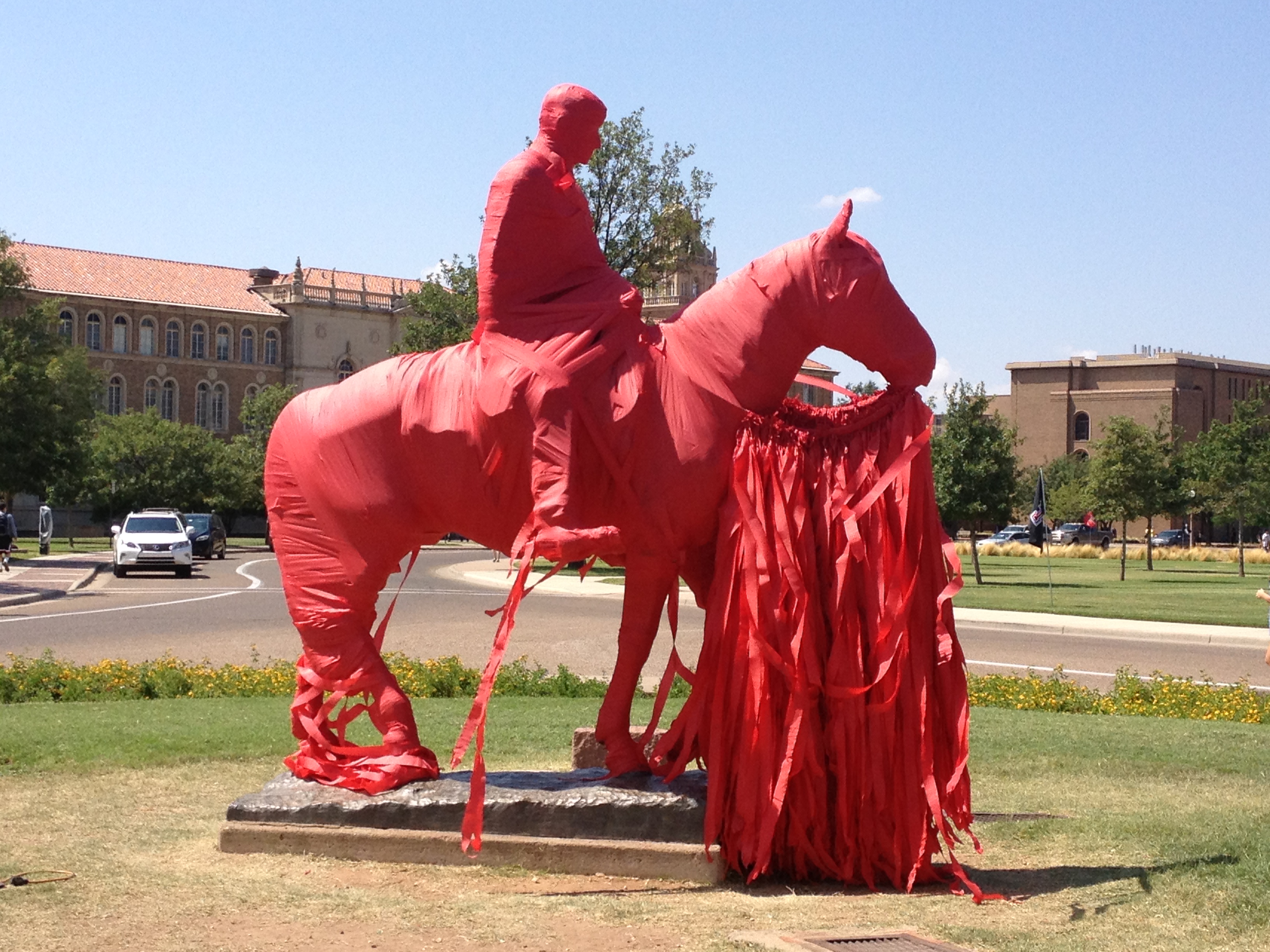 On Tuesday, we listed the honorable mention and No. 10-6 plays from the past year. Now it’s time to reveal the Top 5. If you missed any of the previous lists, you click the links below:

No. 5 Dylan Neuse Lays Out

Why This Was Chosen?: This play gave me flashbacks. It wasn’t as important as Devon Conley diving grab, which was in a 1-0 game in Super Regionals that sent Texas Tech to their first College World Series, but it was still a fantastic play that was definitely a Top 5 play of the year.

The score was 4-1 in the bottom of the eighth inning. Florida State had only one run (that was unearned) all game long, and needed some momentum in order to mount a comeback. Taylor Floyd had been unhittable basically, but the Seminoles manged to get a runner on first with one out.

On a 2-2 count, Carter Smith hit a ball to deep right center. Unfortunately, Gabe Holt was close to the right foul line and Dylan Neuse was shaded to left center. It looked like it was going to drop in, and Florida State was going to score and put a runner in scoring position.

But that wasn’t the case. Neuse reacted to the ball quickly, made the right read towards the ball, and turned on the after burners. After sprinting for a few second, the sophomore laid out, full extension, and caught it in the webbing of his glove. The runner was forced back to first, and the Red Raiders maintained their three run lead with two outs in the eighth.

It was a heck of a play by Neuse, and basically ended all hope for Florida State. Texas Tech walked away with a win and their first appearance in the College World Series semifinal.

Why This Was Chosen?: Out of all the plays on this list, these two plays probably got the loudest reaction from me. They’re just three pointers, including a spot up one, so it’s not like they’re incredibly difficult. But considering the stage and circumstances, these are probably the two most important shots in program history.

Texas Tech and Gonzaga had been going back and forth throughout the entire game. Neither team was able to get an advantage, and during the last 10 minutes of the game, it was virtually tied game. That’s until Moretti hit the two biggest shots of his career.

With less than four minutes left, the Red Raiders had a two point lead. Moro had the ball around midcourt with only five seconds left in the shot clock. Norense Odiase screened the defender and the sophomore stepped up just in front of the logo with a big man coming right at him. Moretti took a typically bad shot, but drained it from way downtown to give Texas Tech a five point advantage. Huge.

The next shot was a little simpler (at the 1:37 mark). Two minutes later, the Red Raiders still had a three point advantage. Everyone was focused on Jarrett Culver, including Josh Perkins, who leaked away from Moretti. Culver noticed this, got the ball to Moretti, who drained a three with Perkins coming in fast. Now Texas Tech was up six with 1:45 to go.

Those two three were huge plays by Moretti, which gave the Red Raiders a two possession lead both times and put the pressure on Gonzaga to come through. Texas Tech doesn’t make it to the Final Four without them. He will forever be remembered for those shots.

Why This Was Chosen?: That being said, the Moretti shots weren’t the biggest or the more difficult plays in the game. In fact, when I say “The Block”, you probably know exactly what play I’m talking about. This play ended (almost) all hope for Gonzaga and sent the Red Raiders to Minneapolis.

Texas Tech had a six point advantage with a minute left in the game. However, Gonzaga and their dangerous offense had possession, and were looking to cut the lead in half. And they nearly did so, as Perkins drew Tariq Owens into the paint, leaving Rui Hachimura wide open in the corner.

Or so he thought. Owens, despite being almost in the restricted area, reacted quickly to the play and sprinted towards the corner. When Hachimura went up to shoot it, Owens reached the three point line and used his freakish vertical to contest the shot. He was able to get a hand on it and record the block.

But it gets better! Even though replay shows they got the call wrong, Owens was able to stay in bounds (not true), jump up and save the ball, passing it to Brandone Francis with 55 seconds remaining. That allowed Texas Tech to go up three possessions and basically end the game.

When I think of the 2018-2019 basketball season, this is the play I think of. And really, it defines Texas Tech. Great defense, never giving up, and making plays to give your team a chance at victory.

Why This Was Chosen?: Baseball is really unlike any sport. Basically every other sport in the athletic program except for softball and volleyball depends on how much time you have left. And as baseball showed us time and time again this season, there’s always a chance to comeback.

This was the case in the final game of the Super Regional against Oklahoma State. The Cowboys had managed to take a two run lead with just six outs left for the Red Raiders. Josh Jung was able to cut the lead down to one with a lead-off home run, and Warren and Masters were able to draw walks with no outs in the inning.

However, it looked like for a second Texas Tech wasn’t going to be able to tie it up. The Red Raiders were approaching the bottom of the order, with Dru Baker striking out and Kurt Wilson at the plate with a 1-1 count. But like Devon Conley taught us in 2014 and Erikson Lanning taught us in 2016, sometimes the unlikeliest of players step up.

On the third pitch of the at-bat, Cowboy closer Ben Leeper was trying to throw a fastball down and away, but accidentally elevated the pitch and left it too much inside. Wilson knew what to do with. As common with Tadlock hitters, Wilson took what was given to him and shot it to opposite field, where the wind carried it for a home run.

No. 1 T.J. Vasher Does The Unimaginable

Why This Was Chosen?: The last four plays were all clutch plays that helped the Red Raiders reached heights that their programs had never seen. Although none of them jumped as high as Vasher did on this play. Even though it had no impact on the season, this may be the best play across all collegiate sports this year.

In fact, this play was nominated for Best Play by the ESPYs, and advanced to the quarterfinal of the fan vote. This play was so good that the color analyst didn’t know what to say, and just stepped back in shock. The play-by-play announcer stated “What a grab up top by T.J. Vasher! Odell Beckham style!”. Let’s get to how it all went down.

After Ole Miss scored on the opening possession, Texas Tech was marching down the field for a response. On a third and two from about midfield, McLane Carter rolled right looking for T.J. Vasher. The problem was, he wasn’t opening. Carter figured he’d try to get him the ball to him anyway, throwing it above and beyond him.

Luckily, Vasher is a freak of nature. As he was sprinting towards the sideline, Vasher twisted around, jumped back, and snatched the ball with his right hand. He reeled the ball in, twisted around, and landed on his back for the completion. It actually would’ve been a catch in the NFL as well.

The 31 yard spinning catch placed Texas Tech in the redzone, where Da’Leon Ward would score to tie the game early in the first quarter. Although Vasher has yet to have that breakout season for the Red Raiders, he’s given us the best plays we’ve seen in the past couple years (like the catch at Texas last year).