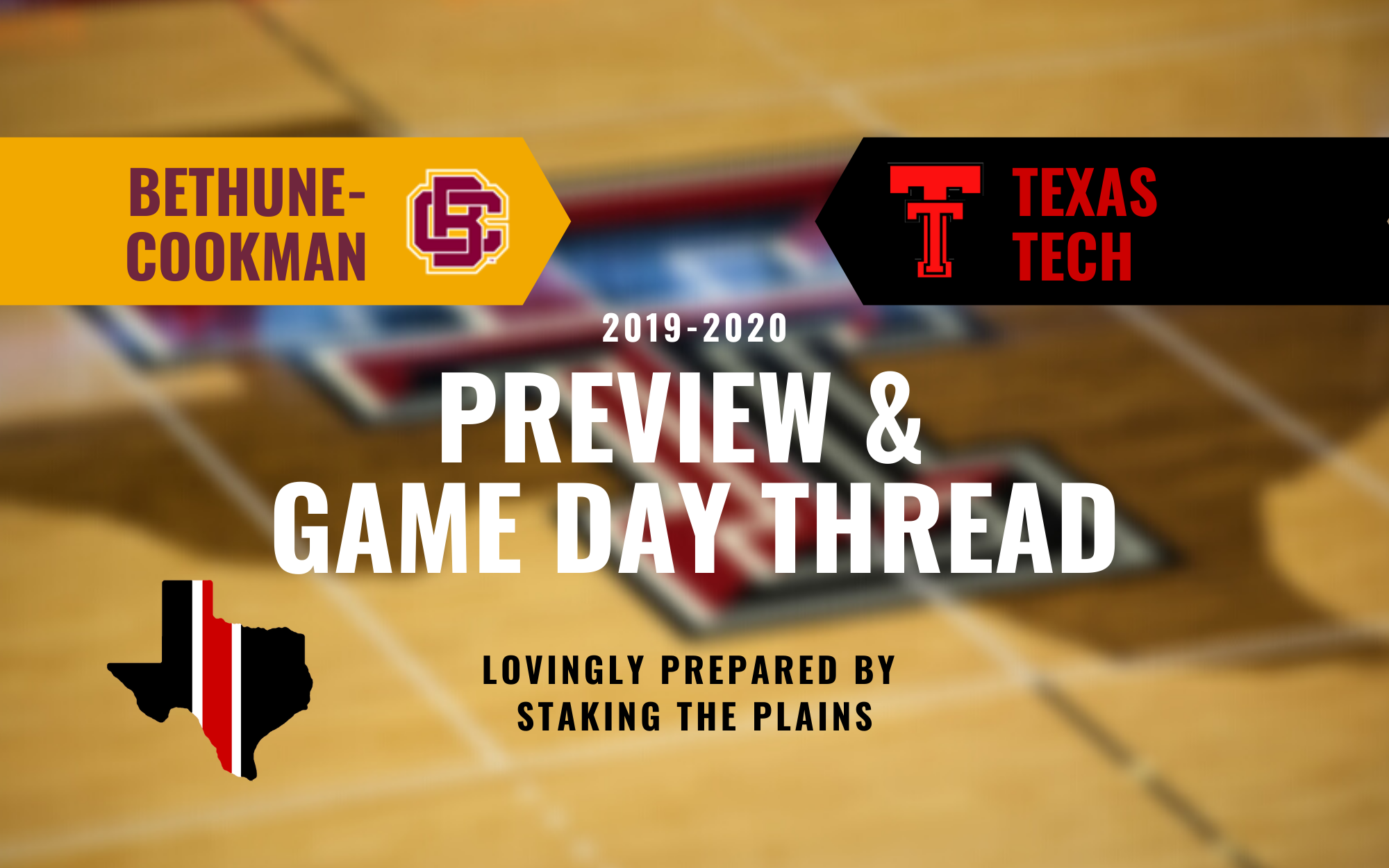 The Line: No line?

1. Stats. Don’t let anyone tell you any different, Bethune-Cookman is a terrible team and Texas Tech should win by 30 or so points and anything less will probably be a disappointment in some respects. Normally teams that are in the 200’s in the advanced stats are pretty terrible, but B-C is absolutely terrible on both offense and defense and generally ranked in the 300’s by the advanced stats. When people talk about Texas Tech’s schedule and how soft it is, well, these are the games we’re talking about because Bethune-Cookman, Houston Baptist, Tennessee State, and LIU Brooklyn is not a murders row of tough opponents. As of right now, the lowest percent of Texas Tech’s chances of winning all of those games is 96%, which is sort of crazy. To dig deeper, B-C is kind of terrible at everything, so I’m not sure wha to add here. In fact, the normally reliable OddsShark provides a line for almost every game, but if you can’t even bet on a game, that should tell you something.

2. Scouting. Bethune-Cookman beat a team called Johnson (FL) by 40 or so points and so the stats after one game for the Wildcats look amazing. Bethune-Cookman has plenty of mid-range guys and obviously, a guy that comes off the bench and scores 24 points in Joe French, which is interesting. And French also had almost no other stats, so he literally just shot the ball a ton. The 19 rebounds by Pope against Johnson (FL) is impressive no matter who Bethune-Cookman plays.

3. How They Match Up. It’s tough to know how these teams match up because T-Rank doesn’t have any advanced on the players, so from a Texas Tech perspective, Moretti, Ramsey, Benson, Holyfield, Nadolny, and Tchewa all shot very well and played well from an advanced stats perspective. The fact that this team shot so well against Eastern Illinois from beyond the arc was really what ended up breaking the Panthers.

But, now, the challenge is for the Texas Tech players to continue that high-level play once again in a 7 p.m. Saturday contest against Bethune-Cookman at United Supermarkets Arena.

“We’ll have to play well Saturday. Bethune-Cookman is a good team,” said Texas Tech coach Chris Beard, whose squad is 1-0 on the year and on a 48-game home nonconference winning streak after downing Eastern Illinois 85-60 on Tuesday. “They’re going to have a great season. We look forward to the next challenge on our schedule.”

The No. 13-ranked Texas Tech men’s basketball team returns to action at 7 p.m. on Saturday against Bethune-Cookman University at the United Supermarkets Arena following a strong season-opening performance earlier in the week. The Red Raiders (1-0) are on a 48-game home non-conference winning streak after earning an 85-60 win over Eastern Illinois on Tuesday, while the Wildcats (1-0) began their season with a 110-68 win over Johnson University on Thursday.