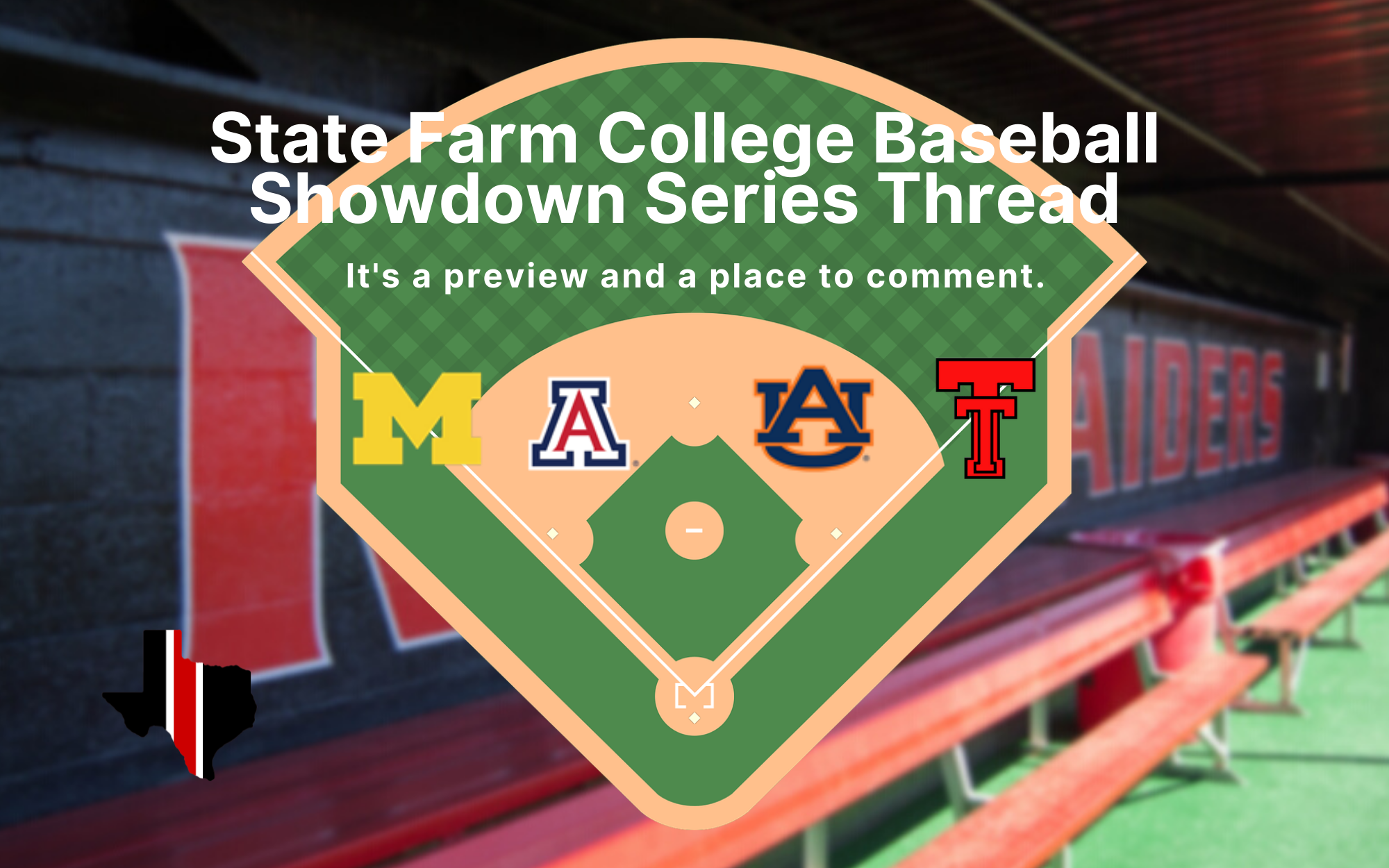 RedRaiderSports did a nice job of previewing each position group and it’s a really good prep for the series: outfield | infield | catchers & starting rotation | bullpen

Since I didn’t know a ton about the announced starters (other than Birdsell) I wanted to just do a little research on each of them.

Brandon Birdsell (6-2/245) is in his second year with Texas Tech, was drafted in the 11th round, but elected to return. Birdsell was 4-1 last year with a 3.06 ERA and 36 strikeouts before a season-ending injury. Was previously at San Jacinto Junior College and Texas A&M prior to that.

Mason Molina (6-0/230) is a freshman from Rancho Santa Margarita, California. There are no stats for Molina, but I did find this short scouting report:

Mason Molina (2021 Rancho Santa Margarita, CA) The movement and deception that Molina brings from the left side allows him to rack up swing and misses during his outing. Nothing is straight and he can move pitches around the zone well. His big breaking curveball gives him a legit go-to pitch when he needs a strikeout, as he showed over and over in Fort Myers.

Welcome to college, Owen Washburn. The Texas Tech freshman hit a two-out walk-off single (watch) to push the No. 14 Red Raiders past Michigan, 7-6, on Friday’s opening night of the State Farm College Showdown at Globe Life Field. He finished 3-of-4, along with two walks, three runs scored and the game-winning RBI.

B5 | One way or another, when @Kurtwilson14 comes to the plate – good things happen for the Red Raiders 😬 pic.twitter.com/Ea6JtRIe6W

That’s one way to start the season!

Got the key hit when we needed it the most! pic.twitter.com/vqGPxM5kjd

The No. 14 Texas Tech baseball team fell 2-1 to Auburn on Saturday afternoon at Globe Life Field in the first all-time pairing between the two programs.

Both teams managed just three hits apiece in the game. Owen Washburn, Ty Coleman and Kurt Wilson provided the Red Raiders offense. Wilson also delivered Tech’s one RBI with a sacrifice fly in the top of the sixth (watch). It was his fourth RBI of the young season.

Brandon Birdsell suffered the loss in 4.0 innings of work, despite allowing one hit in the start. The Tigers capitalized on four walks, which started in the second inning after he retired the first five batters in the game. With two outs in the bottom of the second, Auburn’s Bryson Ware drew a walk, stole second, and Cole Foster followed with an RBI single to open the scoring in Saturday’s game.