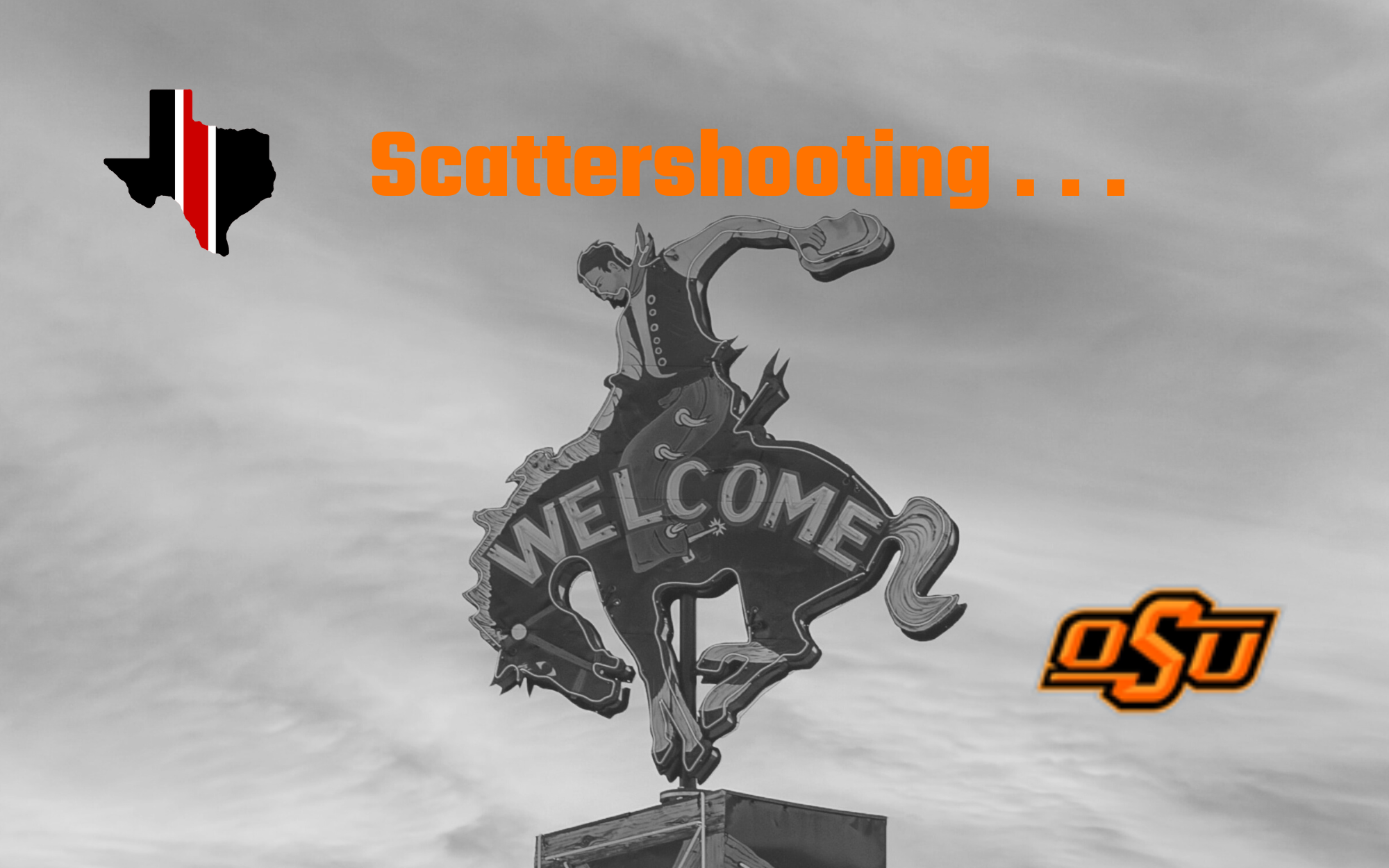 I didn’t even know that John Ashley existed before I started this exercise. Ashley was huge in television and as a producer. Ashley attended Oklahoma State on a wrestling scholarship. He starred in a couple of movies, his first was Dragstrip Girl, and then bounced around singing, one of his musicians was Glen Campbell, and also worked in television, including on the show The Deputy. Ashley also was in Beach Party with Frankie Avalon (he played Ken), then after he had his fill doing that, he went off to the Philippines to star in horror movies of the 60’s.

What I didn’t know, which is right up my alley, is that Ashley’s voice is the voice heard on the intro for The A Team, which he produced.

Oklahoma State Things. Well, Oklahoma State is coming off a huge win in Waco, no big deal. OSU pretty well dismantled Baylor, holding the bears to 3 points in the first half and being held scoreless the 2nd and 4th quarters. Spencer Sanders was efficient, but not great. Baylor had over 450 yards of offense to 379 for OSU, but the Cowboys had 23 1st downs to just 21 for Baylor. Another big factor, Oklahoma State had a ton of yards on special teams, including a 98 yard kickoff return for a touchdown. On average, OSU averaged 41 yards a kickoff return.

Texas Tech will play their 5th straight ranked opponent in Oklahoma State and I’m not real pumped about heading to Stillwater and the Cowboys open as 10.5 point favorites that’s now down to 9.5 . . .

Up & Down in the Big 12. Is TCU good and is Oklahoma bad. I can’t remember where I read or heard the stat, but Oklahoma had not lost back-to-back games Big 12 games in over a decade and here we are, the Sooners are sitting at 0-2 after losing last week to K-State, then getting blasted by TCU 55-24. I’m not taking anything away from TCU’s dominant win because 55 points ain’t luck, but how far has Oklahoma fallen?

Kansas is atop the Big 12, moving to 2-0 on the year in the Big 12 with a 14-11 win over Iowa State. I don’t know if the Cyclones’ offense is broken, but something isn’t right. Kansas only scored in the 2nd quarter and then essentially held on for the rest of the game.

Texas got their mojo back at home with an 18-point win over West Virginia, 38-20. I do think that Hudson Card is a good quarterback and he was really efficient, going 21 of 27 for 303 yards. West Virginia answered a bit in the 4th quarter, scoring 13 of their 20 points then, but by that time the game was out of hand.

This week, the headliner will be . . . TCU and Kansas? Yep, Gameday is headed to Lawrence for two undefeated Big 12 teams. TCU is favored by 5.0 to start . . . Normally, the Red River Rivalry would receive top billing as Texas and Oklahoma square off in Dallas. The Longhorns open up as 5.0 point favorites . . . Kansas State heads to Ames to take on Iowa State, ISU is going to be desperate to win otherwise the Cyclones will start the conference 0-3, the same could be said for Oklahoma. The line between the Cats and Clones is a pick’em at this point . . . I don’t know if desperateness works if you simply can’t score touchdowns or stop teams from scoring touchdowns (i.e. Oklahoma and Iowa State), but both of those teams have that.

Internet Things. Sportico reports that the Big 12 has retained WME Sports and IMG Media to lead it’s global broadcast, sponsorship, and commercial strategy, which is under the Endeavor company and helped the Big Ten secure their recent television deals. You wonder if this is one of those contingency type of deals, they get paid if the Big 12 gets paid or maybe they’ve worked out a solution for both . . .

Other Observations. Maybe this needs to be weekly coaching fire update. Yesterday Colorado head coach Karl Dorrell was let go and also Wisconsin head coach Paul Chryst. They join Arizona State, Georgia Tech, Nebraska and UAB needing head coaches. My guess is that Lance Leipold will be a hot property and I think that Jamey Chadwell would be a great option as well. My guess is that these programs saw the success that Texas Tech had, but Texas Tech hired an assistant and he could start immediately for the most part while a current head coach likely wouldn’t leave until December or January. I have a co-worker who went to Colorado and I’m guessing that he’s happy about the news, but when I asked him if he had heard of any options for replacement, he wasn’t sure. I don’t know what each of these programs need, some need program builders, some need a big name, and I’ve always thought that location is important, should you hire an east coast coach like Chadwell for a team like Colorado? I don’t know, but think those sorts of things matter.