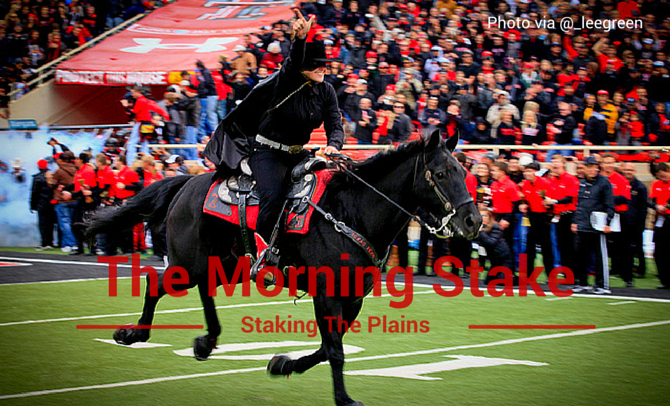 Men’s basketball tours Montreal on their day off and the official site goes all-access with Tom Stone.

More pics from our off day in Montreal #TTUCanada pic.twitter.com/mZ0GLxFQyw

Also, the tall guy between Norense Odiase and Justin Gray is Matt Temple, from Wichita Falls. If anyone has any intel, let us know.

Who Fills the Hermann? ESPN’s Graham Hays has a good look at the women’s soccer season and picks four ladies who could fill the Hermann Trophy as college soccer’s best player and your Janine Beckie gets a mention:

Janine Beckie, F, Texas Tech: It has already been a busy year for the Colorado-raised but Canadian-eligible forward. She trained with the Women’s World Cup team and played for the team that represented Canada in the Pan-American Games. At the college level, she scored double-digit goals in each of her first three seasons and has the talent to score 20-plus. The Big 12 isn’t the ACC or Pac-12, but Texas Tech plays a quality schedule out of conference and could give Beckie the spotlight needed for people to notice a tenacious finisher.