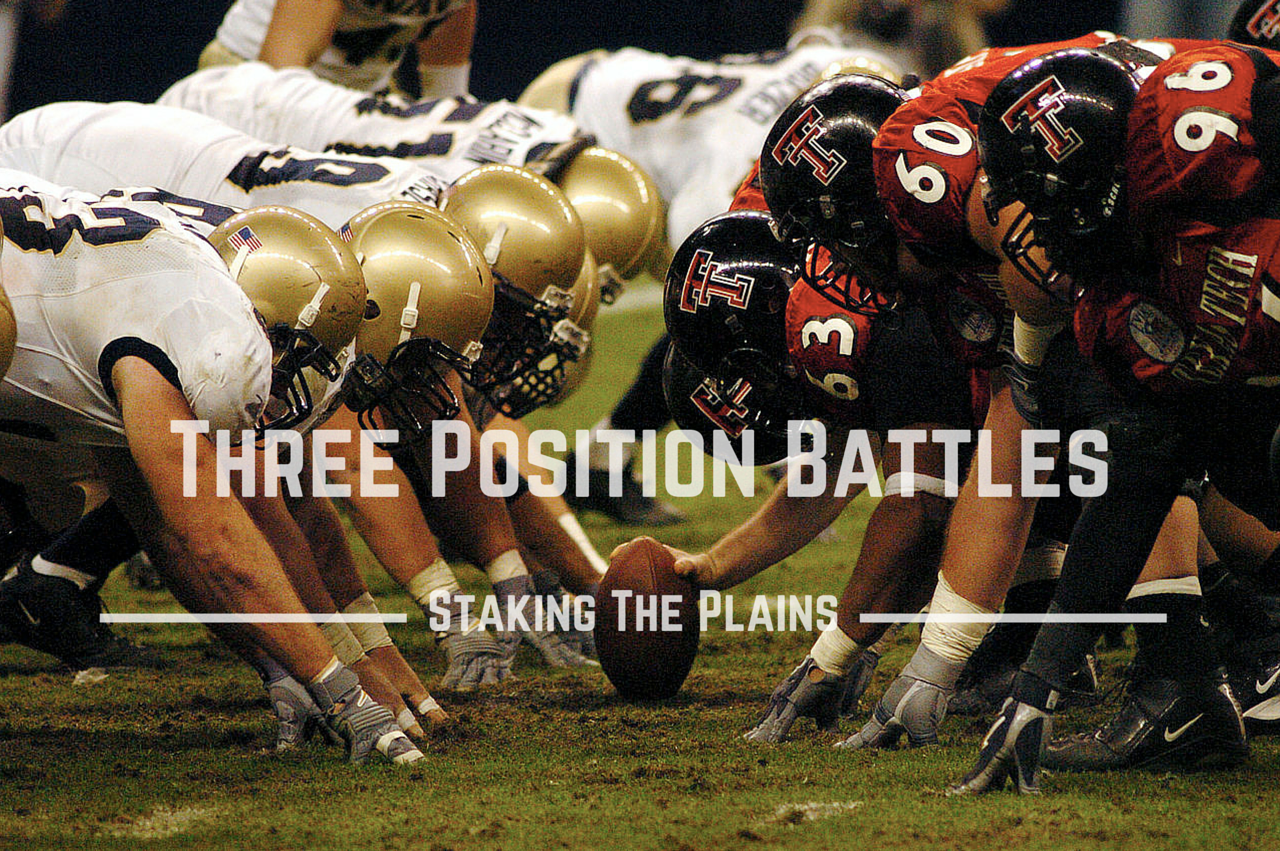 This is going to be fun to watch. Hall is a smallish defensive end that has no other purpose other than to run up the field. It’s going to be interesting to see how Clark contain hall, who, despite being undersized, has incredible results. I’m actually incredibly excited to see how Clark match-ups, and if Hall is on the opposite side, then I’m even more interested to see how Baylen Brown and/or Justin Murphy make this happen. Hall is just a sophomore and he’s ridiculously fast off of the edge. When I write that Hall seems to have no other purpose other than running up the field, that’s both terrific and scary for SHSU. That means that there is almost always a lane that’s not being filled because Hall’s running up the field. It’s great because more times than not, an astounding 24 tackles for loss, it results in a negative play. It’s a gamble, but it is a gamble that works for SHSU.

It’s time for Cantrell to embrace the challenge of being the guy. And if it isn’t him, then it’s Reginald Davis. Everette is a very successful cornerback with 16 pass break-ups and 4 interceptions, which tied for the team lead. Everette will jump routes and he’s not a small cornerback as 5’11” is plenty big. Cantrell and Davis haven’t performed up to the hype this year, but in order for Texas Tech to be better than just okay on offense, then Cantrell and Davis have to want the spotlight on them and they have to just make plays. They’re juniors now and it’s time for them to be guys that replace Bradley Marquez’s production and not let this offense miss a beat. In fact, last year, it got so bad that Maquez ended up unseating Cantrell and Davis last year in order to get production out of this spot.

It’s a bit unfair to think that Awe is matched up against Johnson, but we’ve heard all spring about how Awe is, without question, the best linebacker on the team. Awe didn’t play all that much as a junior, although he was still 4th on the team in tackles, but there were not a ton of huge plays from him. That has to improve in order for Texas Tech to be successful. I don’t know if Awe will be shadowing Johnson and I do not get the feeling that defensive coordinator David Gibbs will employ a shadow, just play your game and play your lanes and everything will be fine. Johnson is a true dual-threat, although I think he’s a much better rusher than passer. This was apparently a big point of improvement for Johnson this spring and fall. Most of Johnson’s passes are screens and SHSU has enough playmakers on the edge and in the backfield for this to be really effective. Awe is going to not only have to guard against Johnson, but also against running back Jalen Overstreet, who is going to be a load and challenge.