This week, we look at a screen pass that went the distance thanks to some excellent downfield blocking from the wide receivers.

Patrick Mahomes got back on his game this homecoming week as the Red Raiders took care of business versus the Iowa State Cyclones.

Mahomes was 33 of 46 for 428 yards with five touchdowns, good for 13 yards per completion. One of those completions went for 49 yards and a touchdown to DeAndre Washington on a screen pass.

These free gif creators limit the length, otherwise I would include the entire play.

The play starts with two running backs in the backfield, two receivers to the field side and one to the boundary, which is the direction the screen eventually goes. 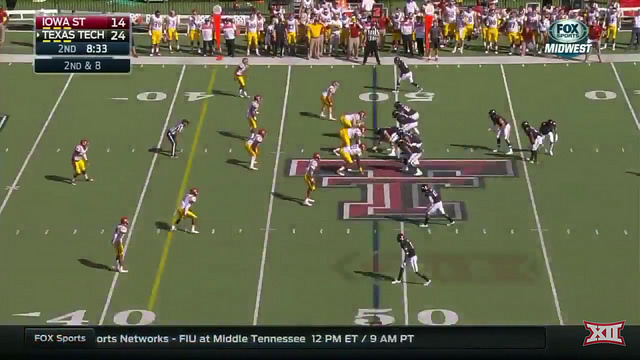 Pre-snap motion sends Stockton out of the backfield to the wide side of the field, a dangerous preposition for Iowa State to let one of Tech’s fastest player to catch the ball in motion behind a couple of blockers. And if you watch the outside linebacker in the gif, he actually flows outside with Stockton. 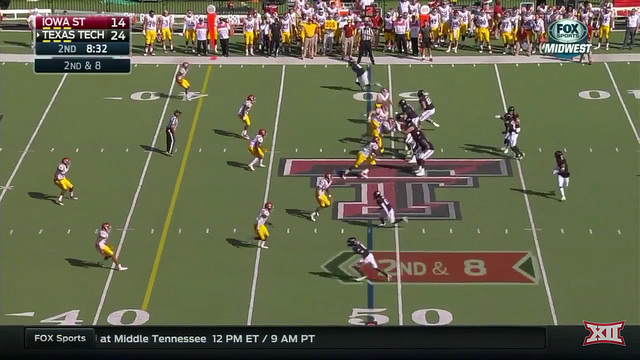 In the above screenshot, Mahomes is faking the handoff to Washington, which further would indicate that the offense is trying to get the ball to Stockton. Following the fake handoff, Mahomes actually pump fakes to Stockton, which has the defense bite pretty hard and flows to their right, all the while Washington is slipping out behind a couple of linemen to their left. 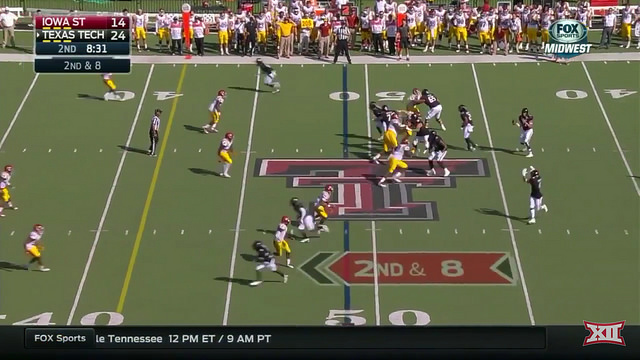 Stockton raises his arms up as if to catch a pass. Look at the linebacker that flowed to the outside with Stockton and one of the defensive backs. They’ve blown past their Tech counterparts in an attempt to blow up a swing or screen pass to Stockton. Look at Washington, who is patiently waiting for the defense to commit and the offensive linemen to start to lead out in front. 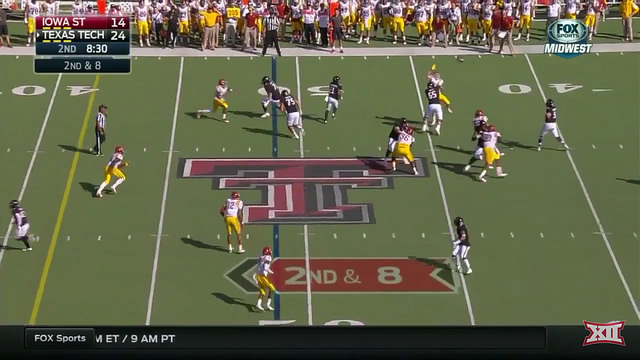 In the screenshot above, the ball has been thrown and is actually above the playside defensive end. Washington has two linemen already out in front, with one about to engage in a block. Kaster is free and will lead Washington down the field for most of the way. 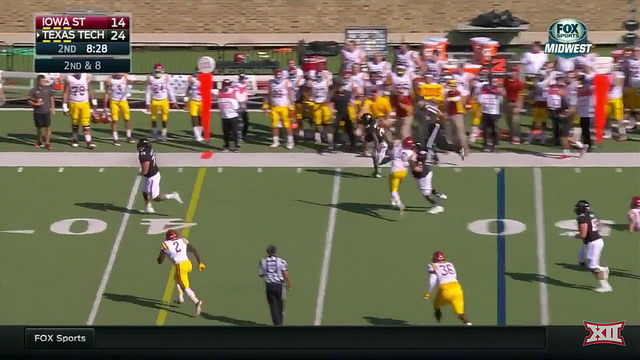 At this point, Washington has secured the pass and has turned upfield. Kaster is about 6 yards ahead of Washington to take on any Iowa State defenders he encounters, but because of the effective pre-snap motion and the pump fake t0 Stockton, there isn’t a defender out there to tackle Washington, thanks to a couple of great downfield blocks from receivers. 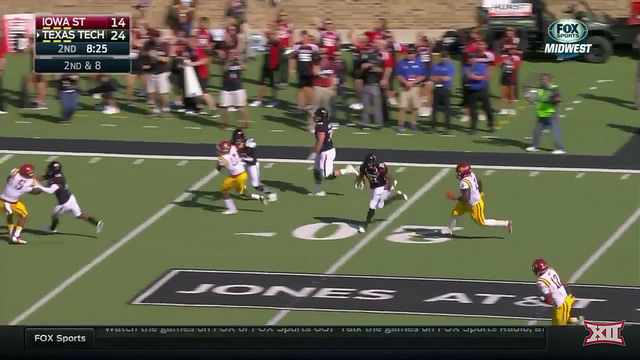 This last screenshot was to show the two blocks from JaDeon High and I think Cameron Batson. Without these downfield blocks, Washington may have been able to pick up 20 yards, probably fewer. But these two blocks spring Washington untouched 49 yards for a touchdown.