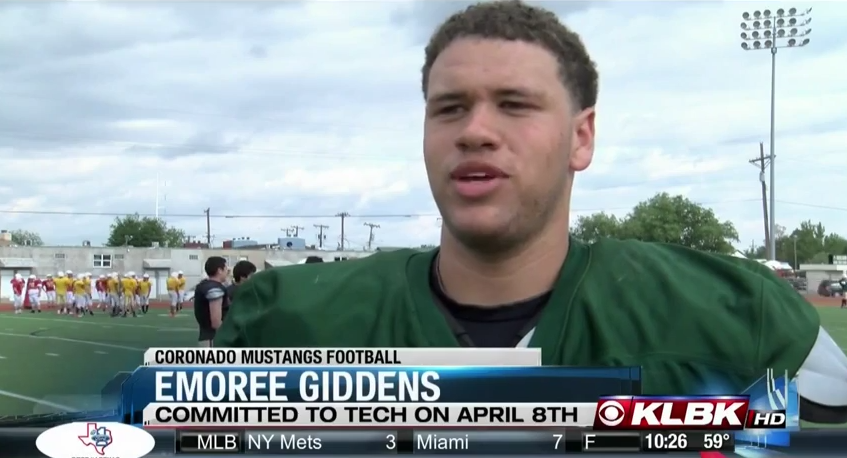 Emoree Giddens, a Texas Tech commit, was arrested and charged with organized crime and vehicle burgulary.

Mendoza said the owner of a 1999 Isuzu Trooper observed the teens enter his vehicle and take property. The incident was reported just after midnight Oct. 4, according to a police report.

The vehicle’s owner was inside his apartment when a surveillance camera tipped him off to the incident.

Giddens is one of a handful of offensive line commits for the 2017 class. I’m always hesitant to make a quick judgment on these sorts of things, but the evidence does not seem positive for Giddens. The high school coach, Seth Parr, does indicate in the story that he does still expect Giddens to play for Coronado this year, so it could still be one of those wrong-place-wrong-time situations.