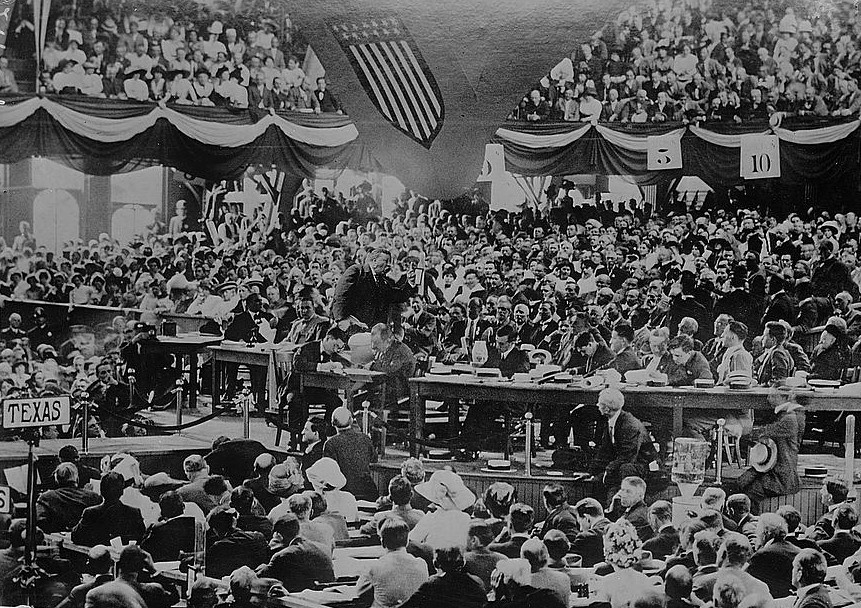 We rightfully pledge our loyalties to those that are in the arena. But at some point, that loyalty has to pay dividends.

Because of its assertiveness and in the elegant way Teddy Roosevelt dropped the mic on would be critics, his “in the arena” quote and statement is one of my all-time favorites.

“It is not the critic who counts; not the man who points out how the strong man stumbles, or where the doer of deeds could have done them better. The credit belongs to the man who is actually in the arena, whose face is marred by dust and sweat and blood; who strives valiantly; who errs, who comes short again and again, because there is no effort without error and shortcoming; but who does actually strive to do the deeds; who knows great enthusiasms, the great devotions; who spends himself in a worthy cause; who at the best knows in the end the triumph of high achievement, and who at the worst, if he fails, at least fails while daring greatly, so that his place shall never be with those cold and timid souls who neither know victory nor defeat.”

I used it in a story I wrote about the Marcus Smart/Tech fan incident a few years ago and have a framed picture of Tim Duncan with the quote inscribed alongside hanging in my office. For me it is the ultimate pronouncement of perspective; a shield protecting those that dare greatly. I think of it when one of my articles gets blasted or when some otherwise unknown internet troll decides to teach me a lesson without solicitation. It’s ironic, I know, because common sense tells us that the writer is most often the critic, pointing out how the strong man stumbles. That’s the beauty of it though: Everyone can be the critic and everyone can be the man who is actually in the arena.

At times our favorite athletes or teams will also use Roosevelt’s shield, subconsciously or not. It’s common these days to see rants on social media from athletes fighting back against their critics. Their argument, while unwise, is justifiable. No one else is putting in the time or effort than they are for their school and team. No one else is more committed. Hell, Beats by Dre built an entire ad campaign around the idea.

But there is another side to Roosevelt’s shield. It is the unwritten contract between a fan and his favorite team. The fan agrees to invest time, money and energy into it all. He’s not up at 4am in the weight room or out on the field, but the team is significant in his life. In fact, it can be argued that the fan’s dedication to a program’s success is more impressive because of the irrationalness of his undying support. In the end there’s nothing of value for him to grab onto.

So yes, he’s not as physically committed as the athlete, but perhaps emotionally he’s more so. There’s no ring or trophy as a reward for a job well done. There’s only pride in knowing that his favorite team can on occasion beat yours.

But the dark underbelly of the unwritten contract is that the dullness when things aren’t going well often outweighs the joy felt when times are good. It’s the gambler’s lament: the joy of a win is never as sharp as the agony felt in a loss, or more particularly, during a series (or season) of losses.

That’s where we are now with Texas Tech football. Those most rational among us understand the hard work and dedication from the coaching staff and many on the team. But that’s not always good enough. At some point, the team has to uphold their end of the bargain. At some point, the team has to fulfill the terms of the contract or risk losing more than just a handful of games. Because at some point the fan so invested previously, will walk away from the deal.

There was a moment on Saturday where that unspoken contract between Tech fans and the team began to show real signs of breech. West Virginia tried their damndest to hand the game over to Tech, but the Red Raiders’ maddeningly repetitive incompetence refused to let that happen. By all accounts Brandon Jackson is an upstanding citizen and an outstanding team leader, which makes his bone-headed penalty late in the 4th quarter all the more alarming. This program can’t get out of its own way, and all involved need to be held to account.

There are two games left in another season that has passed all too quickly. We’ll be hoping for at least one win to secure a bowl birth and much needed extra practice. And we’ll all be watching as these important November games unfold because that’s part of the deal.

Seth and I often discuss the need for consistency in the program and the hope that securing it will lead to bigger and better things. But  consistency too has a dark underbelly–as in consistently failing to show improvement. Sadly it reminds me of another favorite quote of mine from Ralph Waldo Emerson about change and understanding.

“A foolish consistency is the hobglobin of little minds,” Emerson began.