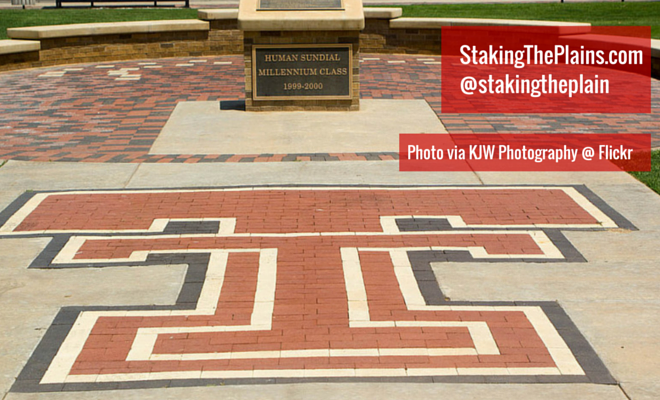 With the graduation of a handful of players, we are seeing the end to the last bits of the Tommy Tuberville era at Texas Tech.

We’ve talked about this some in the comments, that with the graduation of guys like Jakeem Grant, DeAndre Washington, Branden Jackson, Le’Raven Clark, Jared Kaster, the Morales Brothers, Pete Robertson, Micah Awe, and others, that this marks the end of the Tommy Tuberville era. Of course, Tuberville’s era ended on the day he left for Cincinnati, but essentially that last class of players are leaving this year. There are still a few Tuberville players remaining, but they are relatively sparse. Reginald Davis, Tony Morales, Quinton White, Kris Williams, Theirry Nguema, Keenan Ward to name a few. This isn’t really about labeling those players, but it’s more about marking an official end to a era in Texas Tech football.

Regardless of what you think about Tuberville, his staff (really we’re talking about his coaching staff, including Neal Brown, Tommy Mainord, and Sonny Cumbie along with others like Robert Prunty) did have a knack of finding some pretty decent talent (or maybe it was really Tommy Mainord, who found Clark and I think got the staff to agree on recruiting Grant). From Bradley Marquez to the current crop of players, including Washington, Clark, Grant, and Jackson, it seems very likely that the streak of not having a player drafted will end with one of those players this year.

The last time that Texas Tech had a player drafted as high as Clark is expected to be drafted was Michael Crabtree and that was seven years ago. Seven flipping years to have a player drafted within the top two rounds or so, or even the top three rounds.

I think I’ve learned over the years that team success is about three things:

1. Talented players;
2. A consistent system; and
3. Continuity with the coaching staff.

Texas Tech has struggled with items 2 and 3 above, for sure, at least defensively, but there is a reason why the Texas Tech offense has never fallen off a cliff. It’s because the offense has almost always recruited players because of what it had done prior to Tuberville’s arrival, it could always sell a great offense that puts up pinball-like numbers. The defense though, has always struggled with items 2 and 3 and I’d venture, that other than Jackson and Robertson to an extent, has struggled with item 1 as well. It’s been a long time since a defensive player has been invited to the draft and the only player of recent memory who is playing defensively is Cody Davis with St. Louis.

The point isn’t to re-hash the Tuberville era, but to consider that for the first time in Kliff Kingsbury’s career the majority of the players that will be on the field will be “his” recruits and “his” players. This program has been relying on, up until this year, Tuberville and his staff’s ability to evaluate players and now, it’s significantly all of Kingsbury’s players. Defensively, I think we’re excited about the returns of playing some young players last year. Breiden Fehoko, Dakota Allen, D’Vonta Hinton, Nigel Bethel and Jah’Shawn Johnson.

And offensively, we know that Kingsbury has the quarterback position correct in Patrick Mahomes, but we really don’t know about his and his staff’s ability to evaluate everywhere else. We’ve seen glimpses of Ian Sadler (when healthy, he’s terrific) and we’ve heard about Madison Akamnonu and Terence Steele, who should be terrific players, and we’ve seen how electric Justin Stockton can be, but we haven’t seen it all put together until this year.

If you’re an optimist, like me, and have no issue looking ahead, you’ll see that the 2017 season is set to a year for the ages if all of these players that Kingsbury has recruited end up panning out. The freshman receivers will have to be grow up quickly because they are going to be leaned on heavily this year and for years to come. We don’t know if any of them are going to be dominant players, or great players or just good players. If you’re a pessimist, then you think that Kingsbury hasn’t done what he needs to do in terms of recruiting players and hasn’t had anyone offensively, other than Mahomes, who has exceeded expectations.

It’s a big year for Kingsbury for that very reason. It’s all on him and his coaches that he’s hired to recruit players. The system is there and the consistency is there with the system (for the most part, although I’m crossing my fingers that year #2 of the same defensive coordinator pays off) and the only thing lacking in my half-hearted equation is the continuity with the coaches as Texas Tech has had to replace significant pieces on the defensive side of the ball.