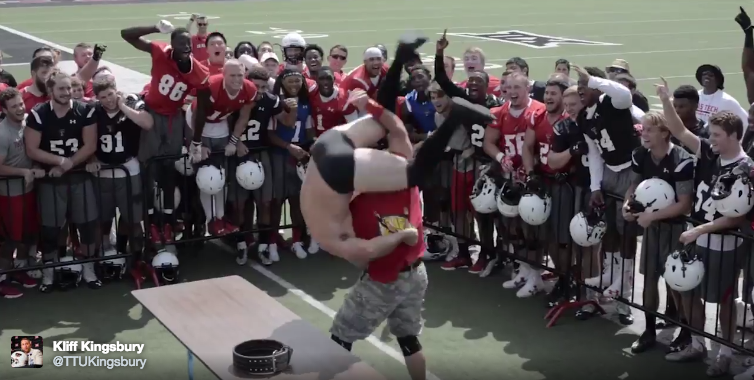 The football team had a bit of fun yesterday after practice.

In a bit of fun, much of which looks to be directed by Rusty Whitt, Texas Tech held a WWE style of Monday night RAW. I have no idea who the “wrestlers” are, but they look good doing it. And look at that screenshot at the top. The players are having a blast, led by none other than T.J. Vasher and Dylan Cantrell climbing on that fence and cheering.

Ed. Note. I apologize for not getting this up earlier. STP’s hosting company was having issues with some DNS stuff and I couldn’t access the dashboard for a good while. Also, I know nothing about wrestling, so if I sound like I really don’t know what I’m talking about or use phrases incorrectly, that’s the reason why. Still pretty awesome though.