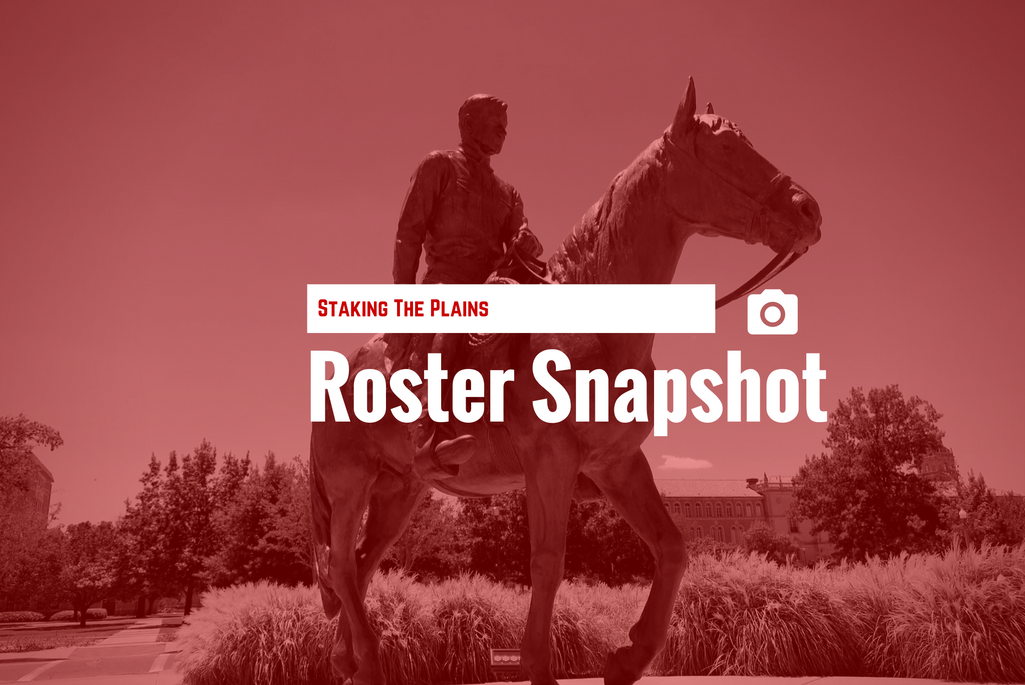 This a position that has intrigued me for a long time and I think we’re at the point where we are starting to see some home-grown depth and that home-grown depth might be able to contribute sooner rather than later.

There’s a couple of things to note here. No longer on the team is Ivory Jackson, he’s decided to transfer, but that’s because he really had to transfer because he couldn’t play for Texas Tech any more. I’ll let you all figure it out. Noah Jones was said to still be on the team, but he’s probably working on academics.

ROSTER RECAP: The Graduates | The Juniors

We also don’t know the status of Gary Moore, who seemingly didn’t play the second half of the season and was out for “coach’s decision” like D’Vonta Hinton and Devin Lauderdale. With these two contingencies out of the way, let’s get to the players who I think will be here next year.

Since David Gibbs insists on running some defensive ends that are undersized, he’s going to be faced with making some decisions next year. Last year, we saw a healthy dose of Kolin Hill and Kris Williams at defensive end last year, with Zach Barnes mixed in at the rush defensive end spot. The hope is that next year, Gibbs will have some choices to make as the hope that Gilmore will be a solid contributor. He saw time late in the year and I think he’s an excellent option.

Not only that, but there were a handful of guys who were redshirting last year, perhaps highlighted by Eli Howard, who was said to be very good on scout team as he transferred from North Texas. Howard is a good size already and with two offseasons with Rusty Whitt, that’s got to make a difference. Add some of the other redshirts like Henderson, Miller, Jones and Kaleb Hill and there are some real options if Gibbs chooses to use them. That’s the key though, Gibbs has to be willing to utilize the large defensive ends that he’s recruited, guys that can hold their tackles (presumably) and guys that can maybe rush the quarterback. I was hoping for more from Kolin Hill, but it takes time.

I’m not including in the table the mid-term signee until they actually sign, but expected to sign is Nelson Mbanasor, who is a big kid and physically ready to play defensive end at 6’3″ and 270. The thing is that Mbanasor has some serious competition here. And that’s the thing though, there’s no telling what to expect from Mbanasor and the other redshirts because all we’ve seen is high school tape. And I really do believe that if Mbanasor ends up at a defensive tackle and although some of you scoff at the idea of that, I’d add that an athletic defensive tackle like Mbanasor is something that I think is what helps make the pass-rush even better.

And the pass rush is the thing that needs to be addressed. Texas Tech had only 14 sacks all of last year, which was 118th in the nation. There was just no push whatsoever at any point along the defensive line, but it has to start at the defensive ends. Quite simply, this position must be better at getting pressure on the quarterback because it’s virtually non-existent at this point.

My hot-sports-opinion on this is that Fehoko should never play another snap at defensive tackle, but from this point forward he needs to be this team’s noseguard. I really didn’t think about this until the Baylor game, when Ondre Pipkins was out with an injury and Fehoko subbed in at nosetackle for the better part of the game. This isn’t intended to be a criticism of Fehoko, but an observation and I think he looks significantly better in the eyes of NFL scouts if he plays exclusively noseguard. My theory here is that I think Gibbs needs his most athletic player at tackle, not at noseguard. That’s not Fehoko.

I can completely see a pairing of Fehoko and Washington next year at guard and tackle, and then Wallace and McCann at guard and tackle on the second team. Thomas can mix it in there too as he played a bit more later in the season, but those are good rotations I think. However, I think it starts with Fehoko being a two-gap noseguard that holds up the middle to allow for the other defenders to exploit some match-ups. And as to the NFL prospects, I think the athletic part of Fehoko’s game will be a detriment at tackle, but at noseguard, he’ll be asked to do different things. I think his future is at noseguard and my hope is that Gibbs and Kevin Patrick agree.

And if Mbanasor eventually gets to this side of the ball and you’ve got some really young home-grown defensive talent.