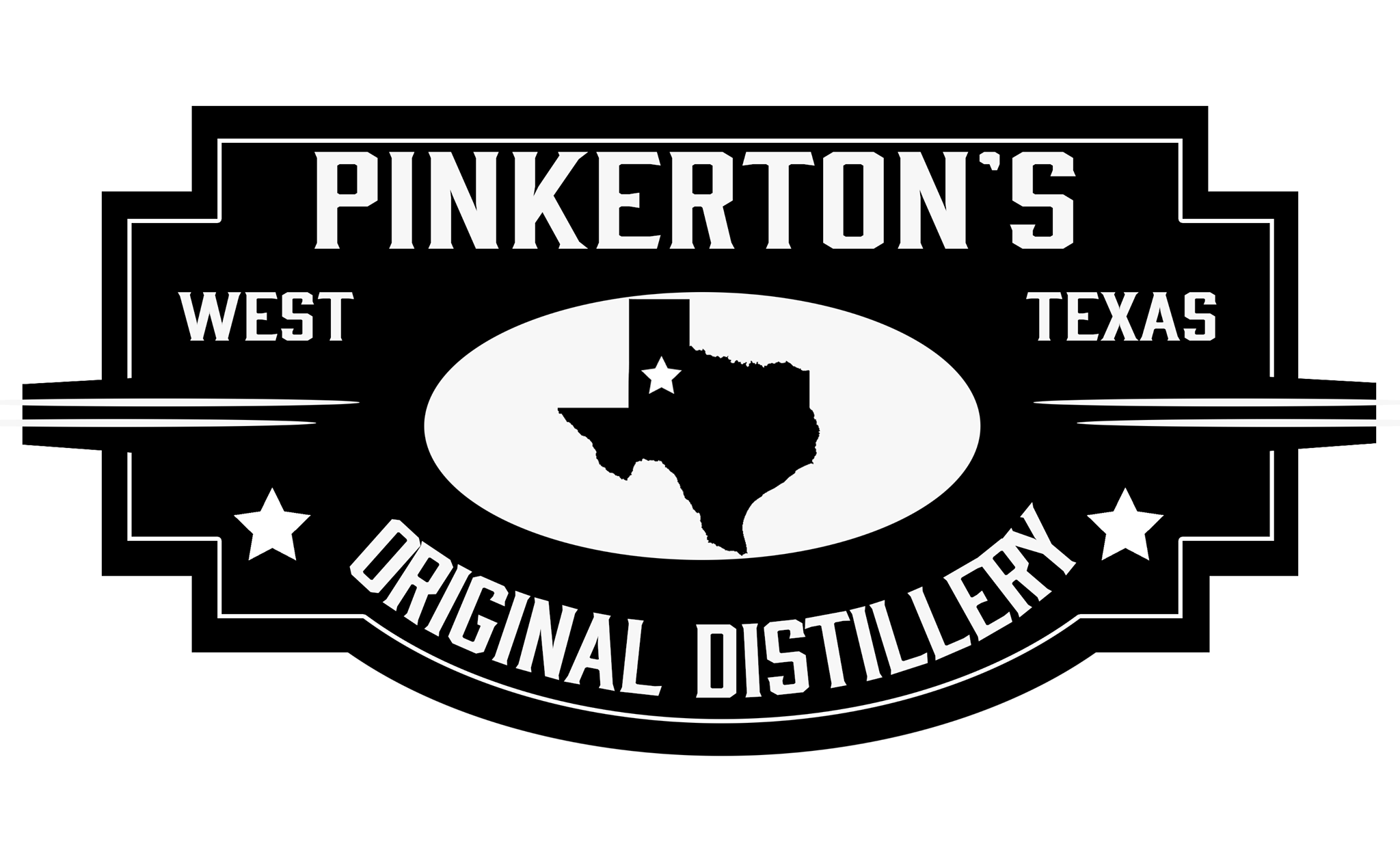 If anyone out there is wondering where the rum has gone, it’s here in West Texas.

After considering hundreds of possible names for his new venture, sometimes the best approach is to keep it simple.

Lucas Pinkerton put his name on his product, and it is paying off. Pinkerton’s rum, although only available since January 2016, is already in nine cities across the state of Texas (Abilene, Amarillo, Austin, Dallas, Fort Worth, Lubbock, Midland, Odessa, and San Antonio). That’s quite the booming start for this fellow Red Raider.

Pinkerton was born and raised in Lubbock and attended Frenship High School. He is an active Shriner who helps raise awareness and money for the 22 Shriner hospitals and the children that they support. As Lucas puts it, “The Shriners Hospitals for Children does not care if you can’t pay; we just want to help kids.”

While working in IT for 12 years, Lucas spent his spare time with the Shriners and honing his brewing skills. This led to experimenting with, and eventually perfecting, the art of distilling. In fact, sharing his craft with other Shriners and seeing their response is what helped push him towards his current undertaking.

Lucas knows that the devil is in the details. This is why he designed and built his own still, why he uses Texas-grown cane sugar molasses from the Rio Grande Valley, and why he tastes every batch as he blends it. Just by taste, he is able to fine tune each batch by adding just the right amount of distilled rum from the beginning, middle, and end stages of the distilling process. If the taste is off after dilution, back to the distiller it goes. 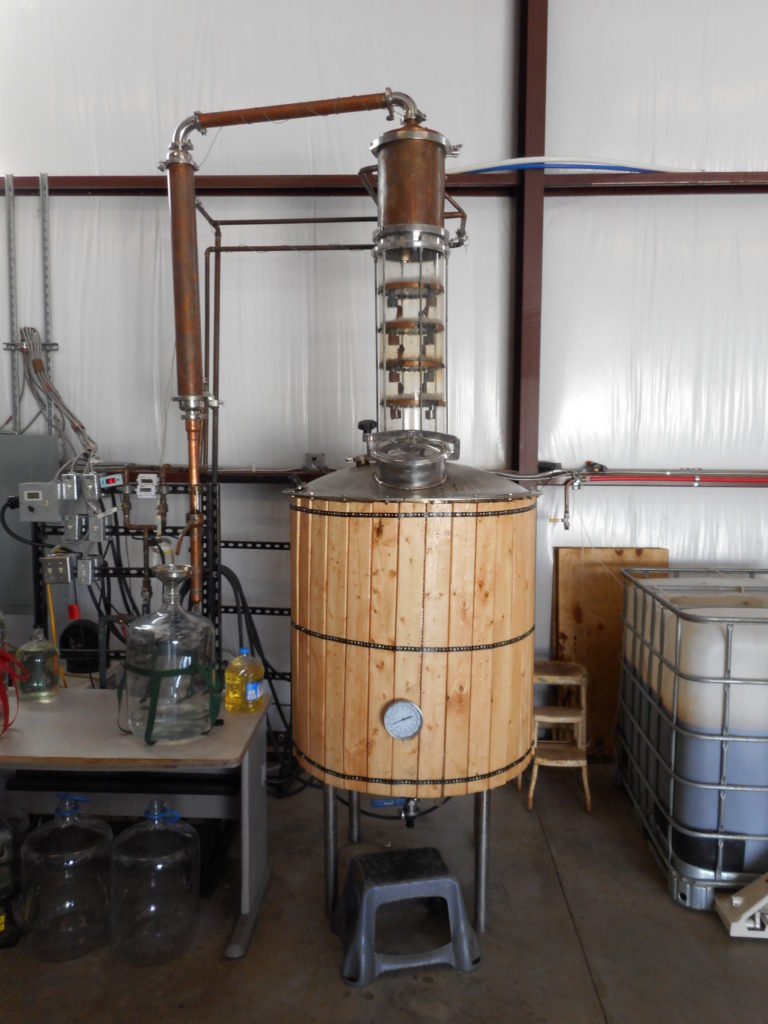 When you make the trip out to Pinkerton’s Distillery, you’ll be treated to a personalized tour from the owner, operator, and distiller. It’s a very interesting process, and it sure is something to see that distiller in action. You can taste the product at its various stages, including the bottled rum. The tasting cups might look a bit familiar if you grew up Baptist, but what’s inside sure isn’t grape juice. It’s a delightful sweet rum that’s as good as it gets, in my opinion. The Coconut Rum is 60 proof, so it’s not quite as strong as the Platinum, and tastes like a grown-up snow cone. 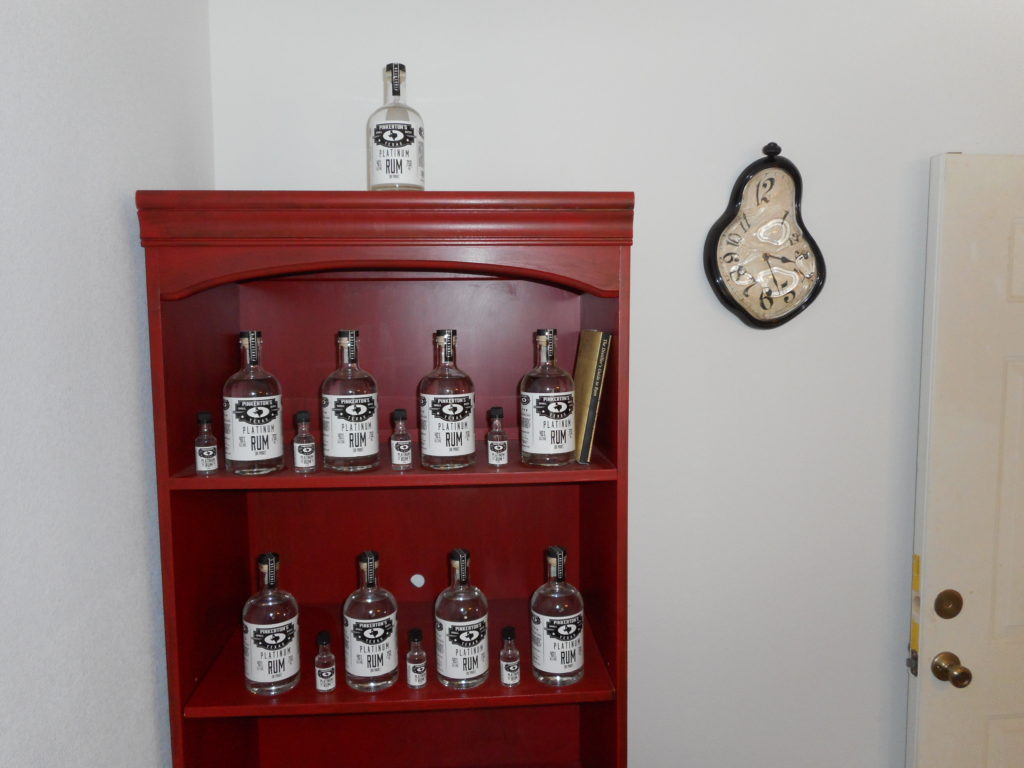 Lucas takes great pride in his work, which is why these bottles are in the tasting room. The labels were not applied to his standards, so he chose not to ship them out.

Right now, you can purchase Pinkerton’s Platinum Rum and Coconut Rum. Soon, singles will be available. There’s a Gold Rum in the works scheduled to be on sale in late April. The Gold will consist of an extra aging stage where the Platinum rum undergoes a taste profile change using charred, spiral oak staves. Up next will be a Reserve, in which the Platinum will be aged in charred oak barrels. This takes time, obviously, so look for that within the next two years or so.

As is tradition here on Staking the Plains, all that was left was to ask Lucas the following question: What does being a Red Raider mean to you?

Being a Red Raider is an accomplishment. I started Tech when I was 19 and went for 3 years and quit due to life circumstances. It bothered me for a few years that I didn’t finish what I set out to do. So, I went back. When I went back I decided to use it for a career change, so I majored in Business Administration. I took all the entrepreneurial classes I could. During that time, I decided to pursue my dream of opening a distillery. I worked full time and went to school full time and graduated on my birthday, December 13th 2014. Being a Red Raider means I have finished what I started and is proof to myself that I can fulfill my life goals despite difficulties.

Upcoming events for the distillery include an official ribbon cutting March 9th at 4pm through the Lubbock Chamber of Commerce. On Friday, March 10th, Lucas will be on the Chad Hasty Show in the morning then will be hosting a tasting at Pinkie’s (5212 57th St) from 4-6pm.

To stay up-to-date with the happenings at the distillery and for directions to stop by for a tour/tasting, please like their Facebook Page.