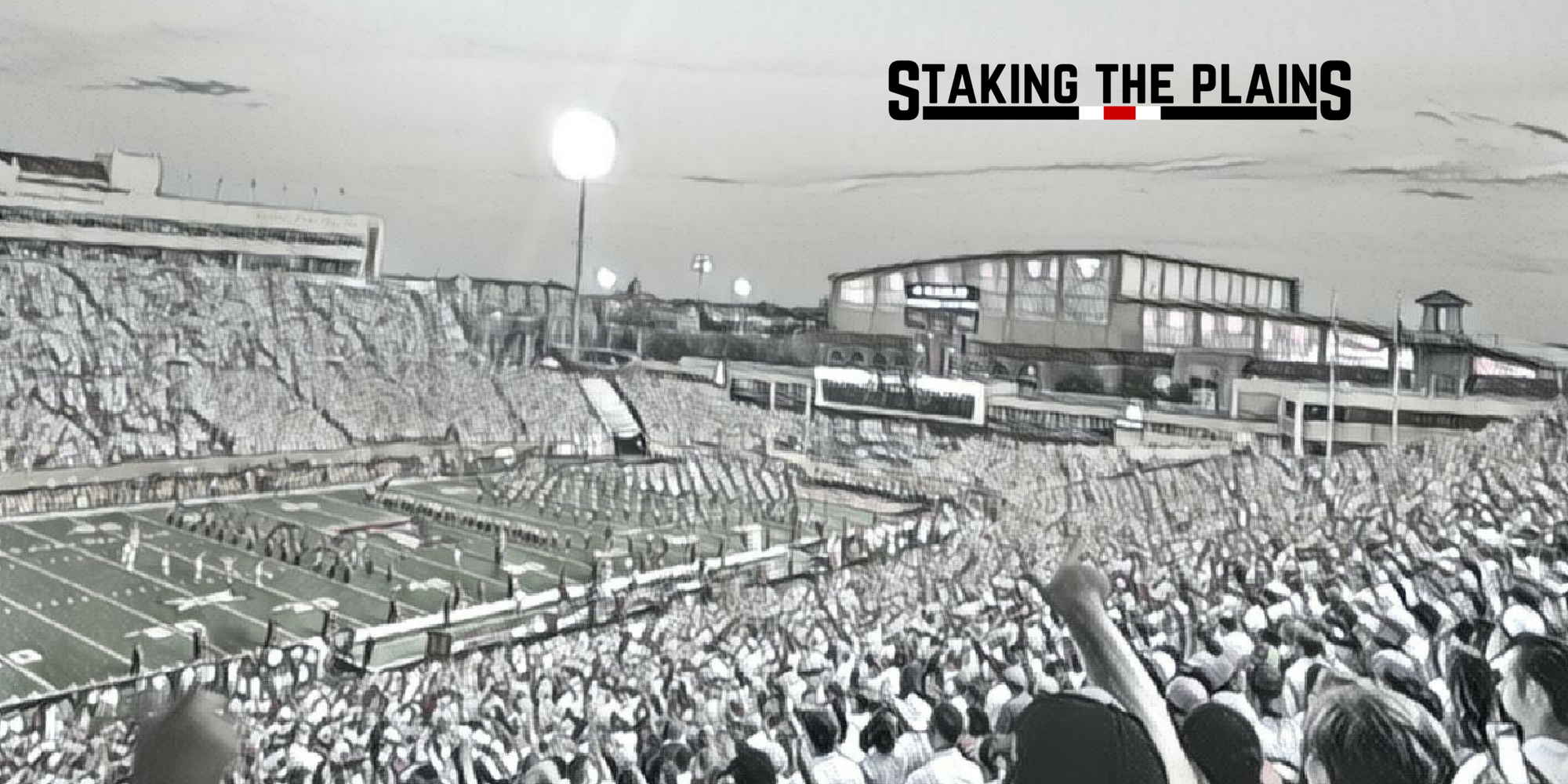 Head coach Kliff Kingsbury and defensive coordinator David Gibbs were made available to the media and here’s my non-transcript (not a word-for-word transcript, but me typing very quickly to get the gist of what these guys are saying). Lots of good stuff, especially since we really don’t get to hear from Gibbs very much. I found just about everything that Gibbs said to be true and accurate regarding the defense (the defense wasn’t good statistically, but they are making improvements) and he seems very confident about the type of player that he’s recruited and the base of the type of player that he’s recruited and is in the program. That gets me pretty ganged excited. Kliff seems like he’s in a good mood and that’s something that we haven’t seen in one of these in quite some time.

. . . Waited until after the season to workout contract with David Gibbs.

. . . [How can the defense continue to improve?] Just continue to get better, this is a tough league offensively, the Big 12 is the most innovative in the nation, there are some great offensive and defensive coaches. Made strides in turnovers, need to keep being in that area.

. . . [Do you know if Herm Edwards contacted David Gibbs?] I’m not sure, you never know on social media, I played for Herm, so he better not be doing that. I don’t know if that was real or not real.

. . . Right for his system, he’s a great evaluator, guys that fit his system and that want to be at Texas Tech. Guys that redshirted and the guys coming back.

. . . [How many players will be part of this class?] I don’t know the exact number, somewhere between 20 and 22, there’s always attrition this time of the year.

. . . I think we’ve done well, similar to every year, want to find big strong linemen that can block and big strong d-linemen. Plus guys that redshirted.

. . . [What has Dakota Allen brought to the team?] He has been what you want in a leader, he is a guy that can talk about what not to do and share his story with the young guys, his appreciation for what he has. He’s been huge for that defense. When he got into that issue, he was the last guy I expcted to be involved, he’s just a fantastic young man.

. . . [Is Riko Jeffers back from injury?] He has looked good, should be ready, been really proud of his progress.

. . . [Have any players left the team during the break?] Not that I know of, but you never know, most of them like to get home to have that conversation with me.

. . .Your situation is never solidified, it’s been a grind for the first three years, I remember standing in front of the press thinking “holy cow”, but I knew I was doing the right thing. I give the guys credit. Statistically, we’re still not very good, but you can see the progress. As we prepare for this game against a top South Florida offense, we have ten starters back on defense and are excited about the future.

. . . The first year, we got 25 turnovers, it allowed you to win more games than you should have and the second year we only got 13, if you do that you’re going to be awful. Just getting Dakota back and pairing him with Brooks, but you have Big 12 linebackers, not all-Big 12, but Big 12 linebackers and that erases a lot of mistakes. They’ve both back and we just have developed players, we’re practicing young guys, there will be 4 or 5 young guys who make an impact next year.

. . . [On Dakota Allen] I say it to the tv people, he is a calming influence. He doesn’t panic, he’s been on the high of highs and in the jungle, there is just no panic in him. As coaches, we don’t panic, if you have a guy that doesn’t panic. Football is not a perfect sport, it is a grind every day and every game he has a knack of staying right there [puts up level hand].

. . . I’m not going ot get into those details, I want to be here, my family loves it here. We built a defense from the bottom. We’re far from perfect and have a bunch of things we need to fix. I think we can play some really good defense here.

. . . I dont’ even know what you’re talking about. I will tell you this. I’ve had a chance to leave here every year I’ve been here, I’m not patting myself on the back and they weren’t great jobs, my wife not be happy with me, I mean in the past. I’ve gold the tv people for 12 straight weeks, the defensive program will never go back to where it was. There is a base and a structure. As long as someone doesn’t come in and totally screw it up, it will never go back. That’s my opinion.

. . . Coach Kingsbury is great guy to work for. Lubbock is a great place to raise a family. I’ve got two young kids. We have recruited better players than they think we have and they are about to find out. I get to come to work and coach football. I’ve got an 11 and a 13 year old and I get to coach football.

. . . I think they have all gotten better. We practice different now. We practice more physical to help the defense and run the ball which might not show up on Saturday afternoons, which allows us to be more physical. Other than Oklahoma, nobody hit us in the mouth and we backed down and we didn’t back down against Oklahoma, they are just the best offense in the country.

. . . Just keep working and practicing hard and getting better. At the end of the day, if you recruit players and give them time to develop before they have to get on the field and play on Saturday, they are going to be better by the time they get out there. The culture has changed and we’re not soft anymore. I don’t think anyone in the conference will tell you anything different. And they believe they can get a turnover everytime the other team runs or passes the ball, a turnover erases a lot of ugly things. But this South Florida team is a top team in offense.

. . . We haven’t changed anything. We have better players than we had a year ago and that covers up a lot of bad coaching.

. . . My son asked me the other day if I was going Arizona State after school, I said I dont’ know what your talking about. Two minutes later he’s on his phone, he googles the salary and contract. He said they love it here and they don’t want to start over.