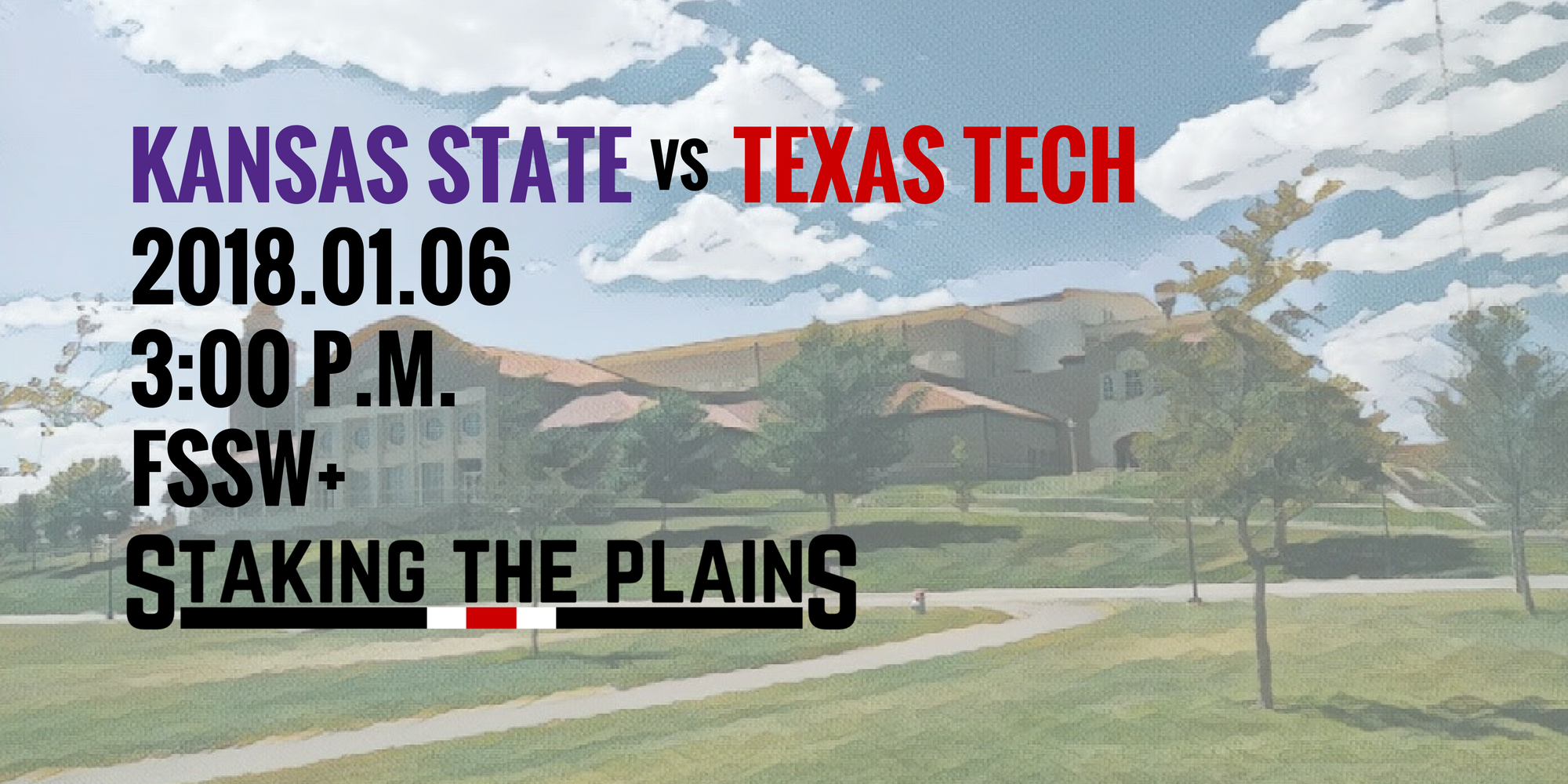 2. Both Texas Tech and Kansas State are pretty even in terms of eFG%, both teams are about 55% for the year. Texas Tech has a slight advantages in offensive rebounding, 35% to 31%, free throw rate 27% to 25% and turnover percentage is ever so slight 14.9% and 14.2%. These two teams are really pretty similar to an extent. Texas Tech averages 88 points a game, while Kansas State averages 77 and Texas Tech limits opponents to 59 points a game and Kansas State allows 64. The Wildcats are just slightly worse, and I don’t know if that translates to a 9.5 margin of victor as Vegas is predicting.

3. Kansas State is very capableand their losses are interesting in that they lost to Arizona State, one of the top teams in the nation, by 2 in a holiday tournament, then lost to Tulsa by 7 in a very los scoring game, and recently lost to West Virginia at home. They have a 16 point win on their side of the ledger at Hilton Coliseum against the Cyclones, which is really impressive. This is a team that can pull off a win, without a doubt. CJ Online’s Ken Corbitt wonders if going small will be best for Kansas State going against Texas Tech:

In the small-ball set for the Wildcats (11-3, 1-1 Big 12), Wade moves to the five-spot, Xavier Sneed is the four and the extra guard is junior Amaad Wainright or freshman Cartier Diarra.

“Amaad is still learning,” K-State coach Bruce Weber said of the junior college transfer. “He could be that glue guy, that energy guy to rebound, get a couple of layups, deflections. I told him if he’s got an open 3 shoot it but do all those other things. He could be a real important key for us if he can make that step where every game you know you’re getting that out of him.

“The last couple of games Cartier has started to pick it up again. I think he hit a little wall in December and he’s getting a little confidence back. We’re still learning and evolving, but it’s a tough stretch to learn and evolve.”

4. A-J Media’s Carlos Silva, Jr. previews the game and writes that this is about Texas Tech being disciplined:

The Red Raiders (13-1 overall, 2-0 Big 12) seemed to be in the correct mindset considering the results earlier in the week. Texas Tech is in rarefied air as it looks to host the Wildcats (11-3, 1-1) in front of what’s expected to be a large crowd.

“That was a great experience, we celebrated. But we’ve gotta move on in the Big 12,” said Texas Tech freshman Jarrett Culver, who is the team’s third-leading scorer with 10.5 points. “So I feel like we’ve just got to keep going, keep working hard and trust the process.”

One of the biggest focuses for the Red Raiders is staying disciplined on the defensive end against a Kansas State squad which has taken care of the basketball throughout the season. The Wildcats are ranked third in the conference in turnover margin (+4.4) behind Texas Tech.

Wichita Eagle’s Kellis Robinett previews the game and Weber notes that the depth of the Big 12 is impressive:

K-State still has to play at Kansas, Oklahoma, TCU and West Virginia this season, but a 3 p.m. tip at Texas Tech on Saturday might be the Wildcats’ most daunting game on the schedule.

“They are good,” K-State coach Bruce Weber said. “They are really good. Last week, everyone said ‘Oklahoma, oh they are the favorite.’ And now it’s Texas Tech. It was TCU, maybe, before that. It just shows the good depth of the league and how anyone can win. West Virginia has won 12 in a row.

“(Texas Tech) has older guys that have been through it. They have added some freshmen that have great motors that really defend and play hard. They have a good mixture of guys.”

5. The official site has your official preview and head coach Chris Beard discusses the respect he has for Kansas State head coach Bruce Weber:

“I think I speak for everybody in our program – our players and our staff – that we have a lot of respect for K-State,” Texas Tech head coach Chris Beard said. “This is a team that returns a lot of their best players from last season. They’ve added some really good pieces this season, both in recruiting and in development. They have one of the best coaches (Bruce Weber) in college basketball. It’s a team that really kicked us last time we played them (in Manhattan). It’s a team that played in the NCAA Tournament last year. We know we are going to have to play really well to have a chance to win this game at home. We have a lot of respect for Kansas State’s program.”