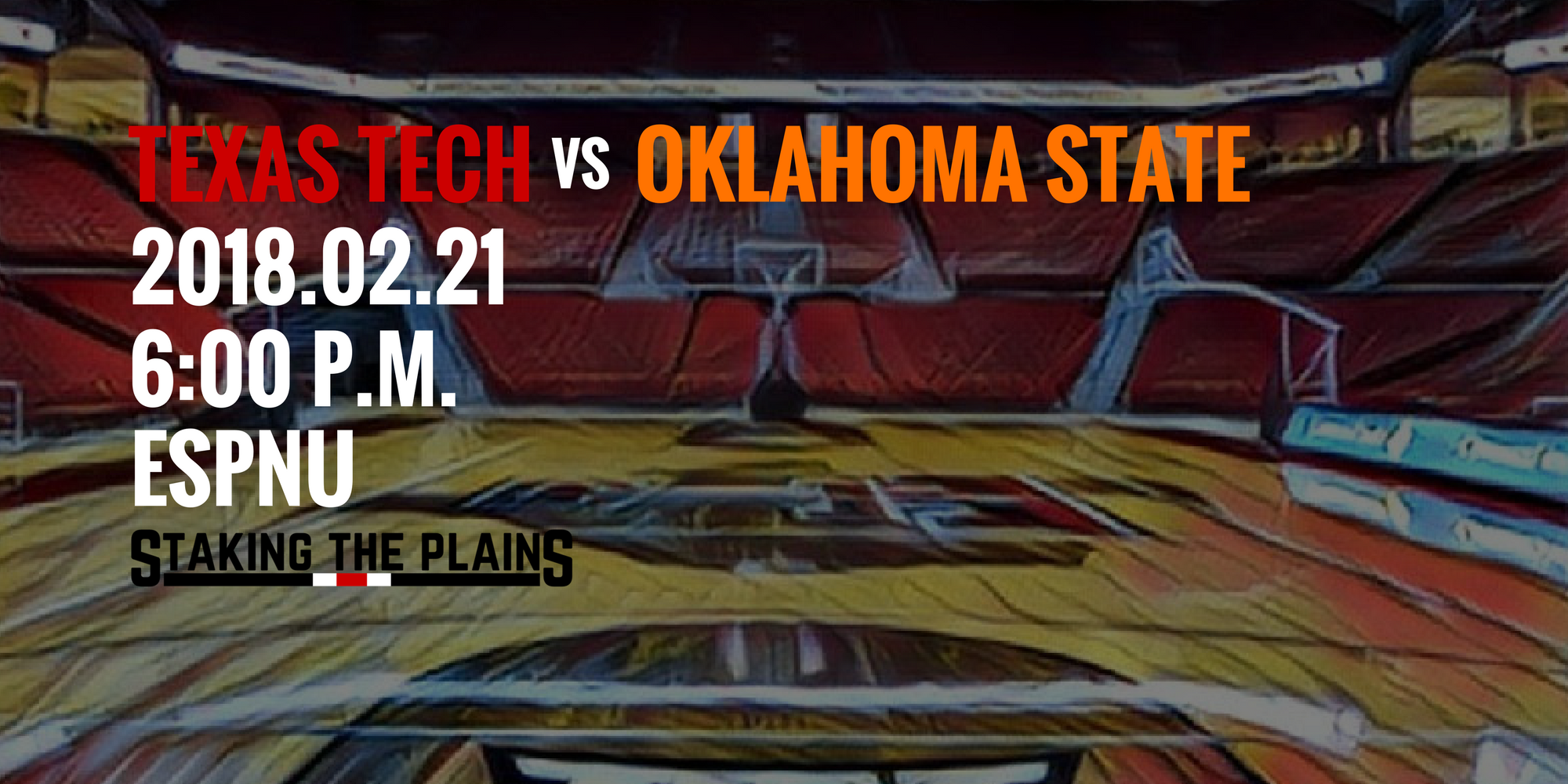 The Red Raiders travel to Stillwater to take on the Cowboys.

2. Stats. Via RealGM, Texas Tech is a better effective field goal shooting team, 53% to 50% for Oklahoma State. Both teams grab offensive boards at about the same rate, 33% for OSU and 32% for Texas Tech. The Red Raiders get to the line much more often, 28% to 24% for the Cowboys and they both turn the ball over at the exact same rate, 16%.

3. Scouting. Oklahoma State has had some really great wins, sandwiched between some pretty terrible losses. After losing to Texas Tech in January, the Cowboys would go on to lose to Arkansas by 1 on the road, then lost to TCU at home by 13, beat Kansas at the Phog, lost to Baylor by 11 at home, beat West Virginia by 3, and have now lost their last two, by 10 to Kansas State and then by 20 to TCU on the road. The truth here is that if Carroll isn’t getting after it offensively, then it seems that the team struggles. Still though, Smith seems to be taking control of the offense as of late and he’s leading the team in scoring more times than not, it’s just that this effort hasn’t resulted in wins.

“We are looking forward to another week in the Big 12,” Texas Tech head coach Chris Beard said. “As February ends and March nears, it’s always been our intention to be relevant and to be a part of the fight. We’ve put ourselves in a situation where we are. It starts with a road game at Oklahoma State, a program that we have a lot of respect for. Coach Boynton is doing a great job during his first year. They’ve overcome a lot of adversity, and they are playing good basketball right now. In the last couple of weeks, they’ve have won at Kansas and at West Virginia. That kind of speaks for itself. They’ve got good balance. They’re getting good guard play right now and good inside play. We know that Gallagher-Iba is one of the best home courts in the history of college basketball. We are excited at the opportunity this week. We know it’s going to be difficult, but we are looking forward to the challenge.”