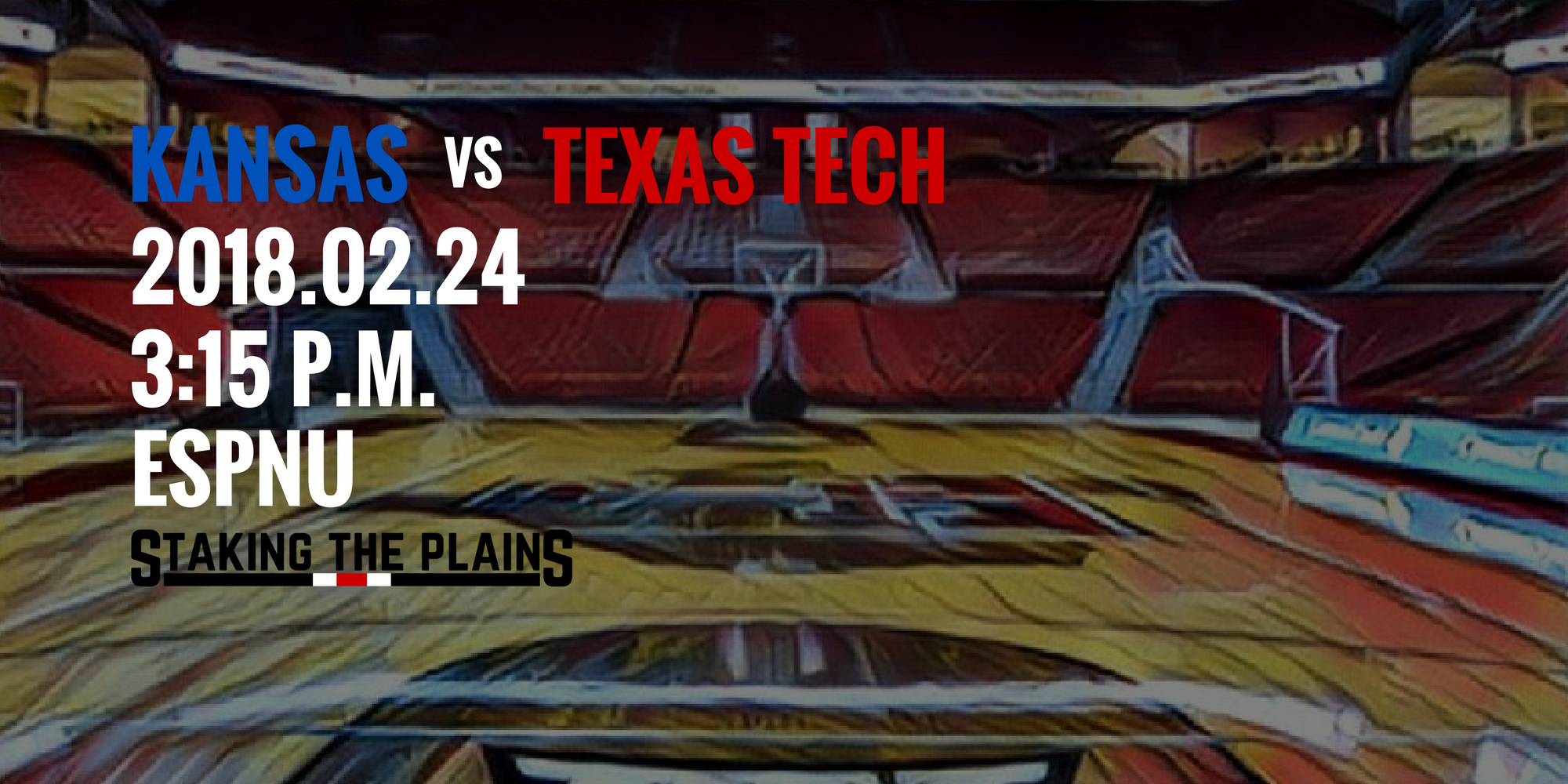 1. KenPom. KenPom says that these two teams are about as neck-and-neck as you can get. Kansas is ranked 11th overall, 13th in AdjO and 35th in AdjD. While Texas Tech is 10th overall, 63rd in AdjO and 3rd in AdjD.

2. Stats. Via RealGM, Kansas is a much better shooting team, which isn’t a surprise given the eFG% difference in offense, the Jayhawks shoot at 58%, while Texas Tech shoots 53%. The Red Raiders are a better offensive rebounding team, 33% to 29%, while Texas Tech also has a pretty big free throw shooting rate, 28% to just 19%. Kansas turns the ball over slightly less than Texas Tech, 14% to 16% for Texas Tech. By this point, we really sort of know Kansas is and Oklahoma State really gave Kansas a pretty good idea about how to play, which is to get off three-point shots in transition offense, which suits Kansas just fine. The Jayhawks shoot 26 shots per game and make nearly 40% of those shots.

3. Scouting. I listedn to Bubba Jennings on with Chris Level and Aaron Dickens this morning and I was going to write the same thing that Jennings said, which is that there’s only 3 players for Kansas that present significant match-up problems. This isn’t to say that Newman or Vick can’t beat Texas Tech, but the likelihood is that it’s going to be Mykhailiiuk, Graham and Azubuike who will cause the most damage. The biggest issue for me is Azubuike and the big men for Texas Tech have has some issues staying in games and not fouling. That’s been on the road and there’s something different about playing at home. There’s an advantage. Graham’s ability to find his teammates has been really impressive and if it weren’t for Keenan Evans’ ability to will games to victory, Graham should be considered for Big 12 Player of the Year along with Evans. They are both superb players.

“I think there are parallels in any journey,” Texas Tech head coach Chris Beard said. “Of course, we talk to our guys all of the time about how we respond to adversity. We’ve had a couple of these situations this year. We find ourselves in one right now. We lost two road games in the Big 12 to two teams that are fighting to get in the tournament without one of our best players. To me, it’s not like the boat is sinking. We have to figure out how to get the boat back in the right direction. This is the Big 12, you can’t get too high or too low. You have to continue to give yourselves a chance. We have it down to a three-game season, and we are in the race for the Big 12 championship. I’m really proud of our guys. Don’t lose the fact that we’ve got a team here that’s competing for a conference championship in the toughest league in basketball with three games left.”