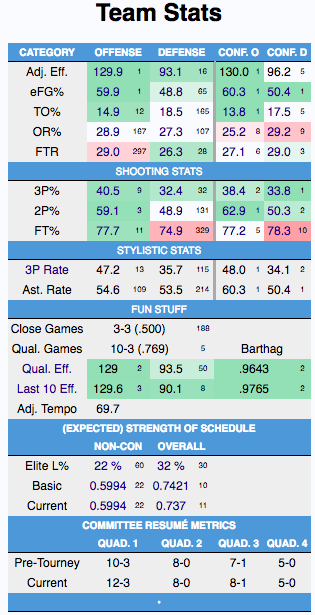 How Villanova Got Here: The Wildcats won the Big East Tournament and was arguably the best team in the nation for pretty much the entire year. I suppose you could argue between Villanova and Virginia as being the top team, but in retrospect, I think it’s the Wildcats. They only lost 4 games all year, a road loss to Butler, a home loss to St. John’s, and then a loss to Prividence before losing to Creighton in overtime on the road. Those last three losses came in February where they sorta had a rough stretch before the Big East Tournament. In the NCAA Tournament, they dispatched of Radford and Alabama relatively easily before beating West Virginia by 6 on Friday night.

What Villanova Does Not Do Well: here’s your glimmer of hope, the Wildcats aren’t great at stopping opponents from crashing the board and their defense doesn’t force a ton of turnovers. That’s probably really good news for Texas Tech because that is one thing that the Red Raiders are quite good at doing and it was a big part of the offense against Purdue. Villanova also does not shoot free throws at a high rate, they’re probably essentially an outside shooting team, so they’re not accustomed to getting to the line that often.