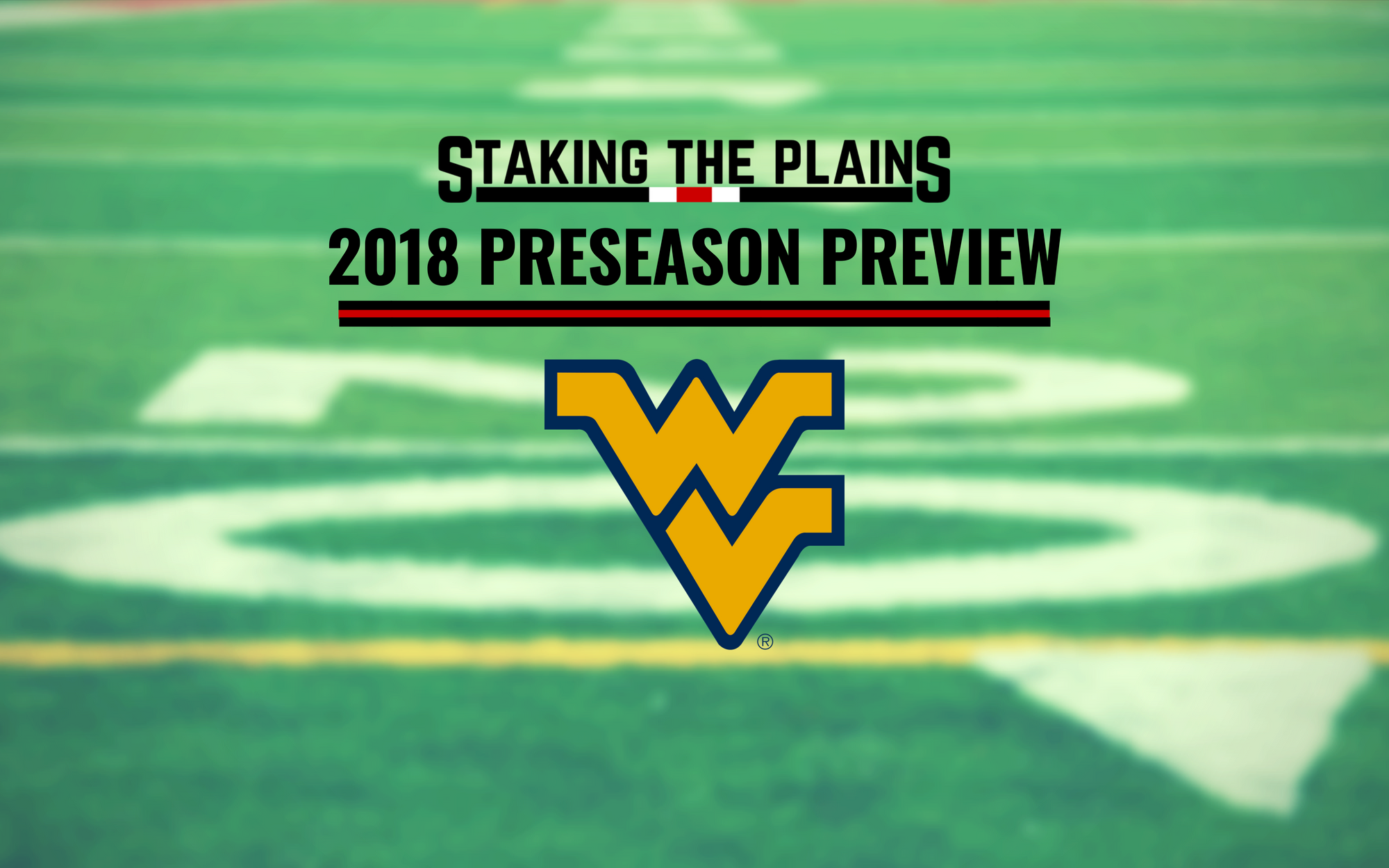 A preview of the fifth game of the year.

QB Will Grier (6-2/212): Grier was really good last year, completing 64% of his passes for 3,490 yards, 34 touchdowns, 12 picks, 9 yards per attempt and over 317 yards per game. It helps a ton to have a guy like Sills to throw to, but Grier is very good in his own right. Grier missed the last three games after getting injured in the game against Texas, so he didn’t get a full season. I should also mention that I’m probably going to make the typo of typing “Grief” because I’ve done it no less than 8 times and am lucky that I’ve caught it.

WR David Sills (6-4/204): Sills wasn’t even the receiver that Grier threw to the most, Sills was 3rd on the list behind Gary Jennings and Ka’Raun White each with 1,000 yards receiving, but Sills was 20 yards short of a 1,000 yard season with 980 yards on 60 catches for 16 yards a catch and a whopping 18 touchdowns. Sills is a touchdown maker.

LB David Long (5-11/221): Long only played in 9 games last year as a true sophomore, missing the first four, but after he got acclimated, he was very good, 3rd on the team with 75 tackles, 15.5 tackles for a loss, 3.5 sacks, 6 passes broken up and 2 quarterback hurries. That’s a good number of splash plays for a linebacker, especially the tackles for a loss, which led the team (again, in just 9 games).

S Dravon Askew-Henry (6-0/202): West Virginia seemingly always has good safeties and that tradition continues with Askew-Henry, who had 57 tackles last year, 1 interception, 2.5 tackles for a loss, and 4 passes broken up.

Dana Holgorsen has been at West Virginia since 2011, has won 53 game with a winning percentage of 53-37, a conference record of 32-29 and going to a bowl game 6 out of 7 years. That’s a pretty good track record. And I should probably clarify last year’s 7-6 record for West Virginia. Grier started the Texas game in Morgantown, but injured his middle finger on a running play to score a touchdown (I think). WVU was sitting at 7-4, and Grier was 6 of 8 on Texas for 50 yards and was probably going to have a pretty good game, but after that injury, where Grier didn’t play the rest of the way, WVU lost to the Longhorns 28-14, then went on the road and lost to Oklahoma, and lost the bowl game to Utah, 30-14. I don’t know that West Virginia loses all three of those games, but not having Grier obviously affected the outcome for those games pretty significantly.

Jake Spavital took over the offense and I think I was expecting a bit more from the advanced stats, hell, even traditional stats. West Virginia dropped to the 84th best rushing offense last year (they were 25th the year before) and not relying on the running game was the surprise to me. Yes, Grier was good, but West Virginia has always been a team that’s run the ball very well under Holgorsen, I think it gave WVU an edge that most spread teams didn’t have, and that wasn’t there last year. But even the advanced stats tell the same story, West Virginia was good on offense, but not elite and to have those receivers and that quarterback and not be elite is a head-scratcher.

On the defensive side of the ball, West Virginia simply wasn’t very good and this may end up being what keeps WVU from being great again this year. Gibson has almost always had a terrific defense, but was 107th in total defense last year, 104th in rushing defense, and 91st in passing defense last year. And WVU had eight defensive transfers last year, including four defensive linemen (Jalen Harvey, Adam Shuler, Lamonte McDougle, and Jaleel Fields). Texas Tech knows that that transfers kill a program and the Mountaineers added USC’s Kenny Bigelow and Clemson’s Jabril Robinson, but that may not be enough to replace what was lost.

I mentioned above that the advanced stats weren’t all that great for West Virginia and yeah, they’re really just sort of meh, I was expecting a higher rating than a 25th ranked offense with the talent that they had and you wonder if Holgorsen will be more involved in the offense than he was last year. Gibson’s track record is very good, but last year was not a good sign in terms trajectory and you have to wonder if they can really improve by leaps and bounds.

I mentioned when the preseason rankings came out that West Virginia is really sort of reeling when it comes to numbers of scholarship players. WVU only has 72 players on scholarship (I’ve heard that, I haven’t actually counted) and I find that odd to find a program in the middle of what seems like a successful run have so much attrition, especially on the defensive side of the ball. The Smoking Musket detailed those losses back in March:

What do those 14 names have in common? They were all West Virginia Mountaineers just a few months ago, but have now transferred out of the program. You might not know most of the names because most of the names are 2nd and 3rd team players looking for playing time. Fourteen players who chose to not be a part of the old gold and blue. Fourteen players, over half of a recruiting class. Fourteen is a lot of losses.

Eight of the fourteen transfers are defensive backs or defensive linemen. That is extremely detrimental to the Mountaineers because those are two locations where depth is absolutely necessary.

There is no question for me about the West Virginia offense. They’re going to be great so long as Grier stays healthy and you can say that about most teams. Returning starting quarterback usually means a pretty good offense and one as talented as Grier and his receiving corps should bring plenty of success. I just don’t know how that defense is going to react, especially since so many of the guys that created splash plays are no longer on the team.

Texas Tech does get West Virginia at home, but you’d almost rather play WVU late in the year when that attrition might be affecting them more. Still though, before the Texas Tech game, the Mountaineers have to play Tennessee, Youngstown State, at N.C. State, and Kansas State. That’s a pretty fun preseason for WVU. We mentioned last week Oklahoma State’s win streak and WVU has a current streak of 4 games.

Ed Note: To any West Virginia fans, I’m not a West Virginia expert, just trying to learn and educate myself as much as I can over the course of writing this post. I also posted the TCU preview out of order .