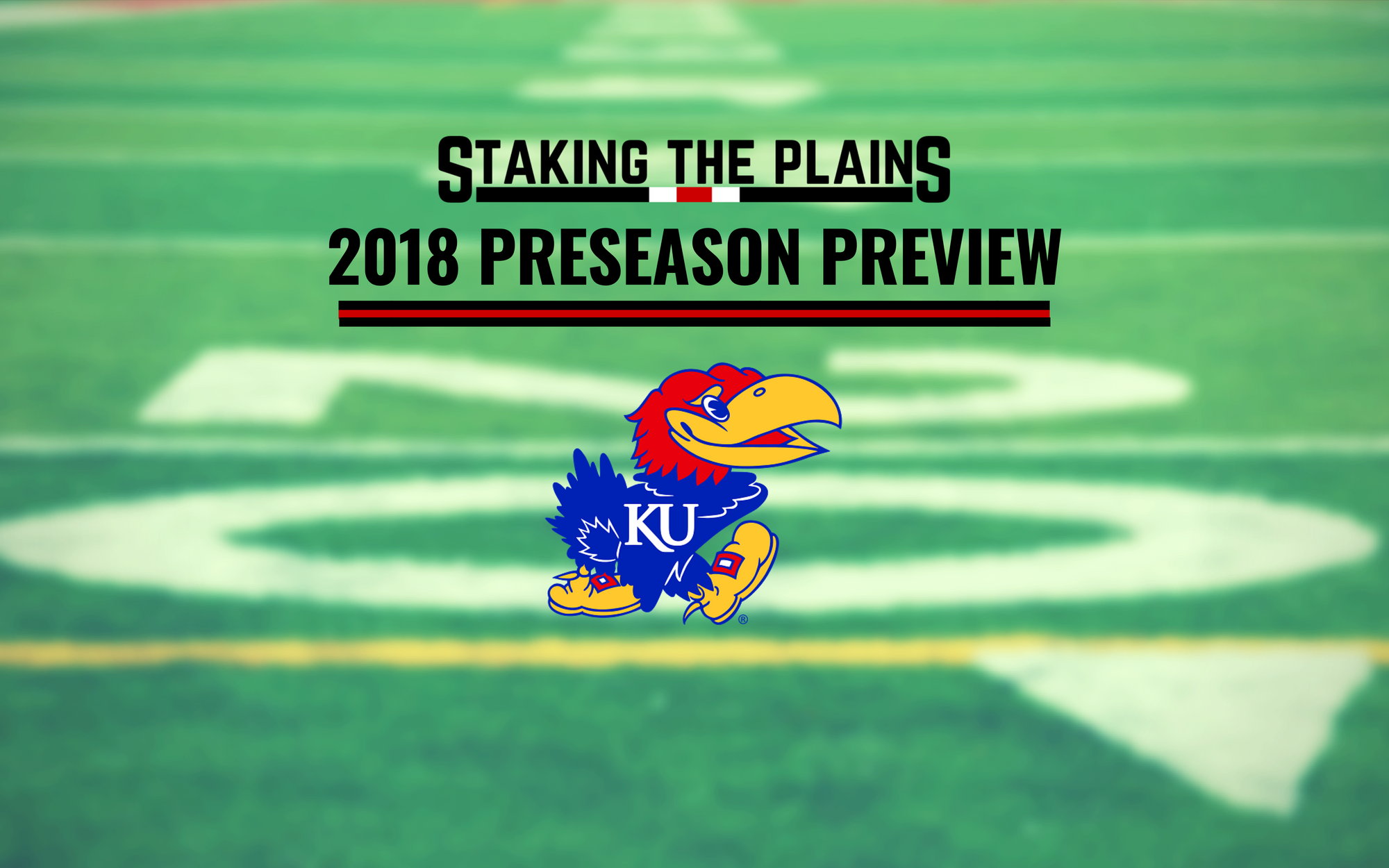 QB Peyton Bender (6-1/205): Bender started 8 or so games last year as the quarterback battle was between him and Carter Stanley. Bender has better numbers, slightly, than Stanley (Bender has a QB rating of 108.48 and Stanley has a rating of 104.47), but the thing that probably set Bender apart was that he didn’t make as many mistakes as Stanley. Bender threw for 1,609 yards last year, completing 54% of his passes throwing 10 touchdowns and 10 picks.

WR Steven Sims, Jr. (5-10/176): Sims is one of a handful of returning receivers for Kansas who were okay. sims caught 59 passes for 839 yards and 6 touchdowns. I’d take that today for Texas Tech and Kansas returns almost every receiver except for tight end Ben Johnson who ended up graduating.

I don’t know how Beaty does it, year after year, he’s had his head kicked in and he keeps coming back. I get that there are only so many of these jobs available and I’m guessing that Kansas moves on from Beaty after this year, but following Charlie Weis and the destruction he had on the roster was a thankless task that someone had to undertake. I actually think that Beaty is probably a pretty decent guy and if you remember, he was the wide receivers coach for Texas A&M when Kliff Kingsbury was the offensive coordinator. Beaty had previously been the offensive coordinator at Rice and Kansas, so he knew (and so did Kansas) what he would be getting himself into. I’d bet that Beaty won’t have a tough time getting a job after this year, I think he’s probably a pretty good recruiter (it’s tough to recruit to Kansas so you sorta have to take that out of the equation) and he’ll be a really good position coach, presuming he doesn’t make it past this year.

Kansas alum Clint Bowen is the defensive coordinator and I mentioned those numbers above, and they are historically bad (this is probably an overstatement), but man they’re not good. Bowen is not only the DC, but he’s also in charge of cornerbacks and he was part of bringing a handful of JUCO guys with this last recruiting class, bringing in 5 JUCO defensive backs. I think I remember a story about how Kliff Kingsbury wanted to hire Bowen as the defensive coordinator at some point of Kingsbury’s tenure as head coach and Bowen elected to stay at Kansas. I get the feeling that he’s well liked and he’s loyal as the day is long, having been at Kansas from 1998 through 2009 (one year stops at North Texas and Western Kentucky in 2011 and 2010) and then back at Kansas.

I write this every year, but it’s true each year, there was a time when Doug Meacham was at Houston and TCU that he was being considered for head coaching jobs, and then, something happens at TCU being the co-offensive coordinator with Sonny Cumbie, and takes on the OC job at Kansas. Again, coming from Weis, Meacham had the task of finding a quarterback that could chunk the football even slightly and that’s not necessarily an easy task because I’m not exactly sure what type of offense Weis really ran and he was most likely inconsistent about it. Meacham has the entire offensive line returning, plus the top three running backs in Khalil Herbert, Taylor Martin and Dom Williams along with freshman Pooka Williams, a 4-star running back from Louisiana.

Man, this is quite the change, going from TCU to Kansas in terms of games that Texas Tech is playing back to back. I thought that Meacham would make a difference on offense, but that hasn’t happened and the defense is just really rough, particularly in the secondary. Teams simply roasted the secondary, but stopping the run? Well, they’re pretty danged good.

Texas Tech gets the Jayhawks after being on the road against TCU and then will be back on the road against Iowa State the next week. This is obviously a must win game and a game that Texas Tech should win. In fact, Bill Connelly thinks that Kansas has a 20% chance of beating Texas Tech and if you’re into comparisons, Bill gives the Jayhawks an 18% chance of beating West Virginia on the road the week before so that’s pretty good I’d think. And that may be another factor that plays in favor for Texas Tech, which is that this is the second of two road games, traveling to West Virginia is always a bit longer for most clubs and then traveling to Lubbock the next week in the opposite direction probably isn’t easy. And this is one of two different two-game road stints for Kansas, playing WVU and TTU and then in November playing Kansas State and Oklahoma on the road back-to-back. Not easy when Kansas just doesn’t win on the road.

Disclaimer: To any Kansas fans, I’m not a Kansas expert, just trying to learn and educate myself as much as I can over the course of writing this post.