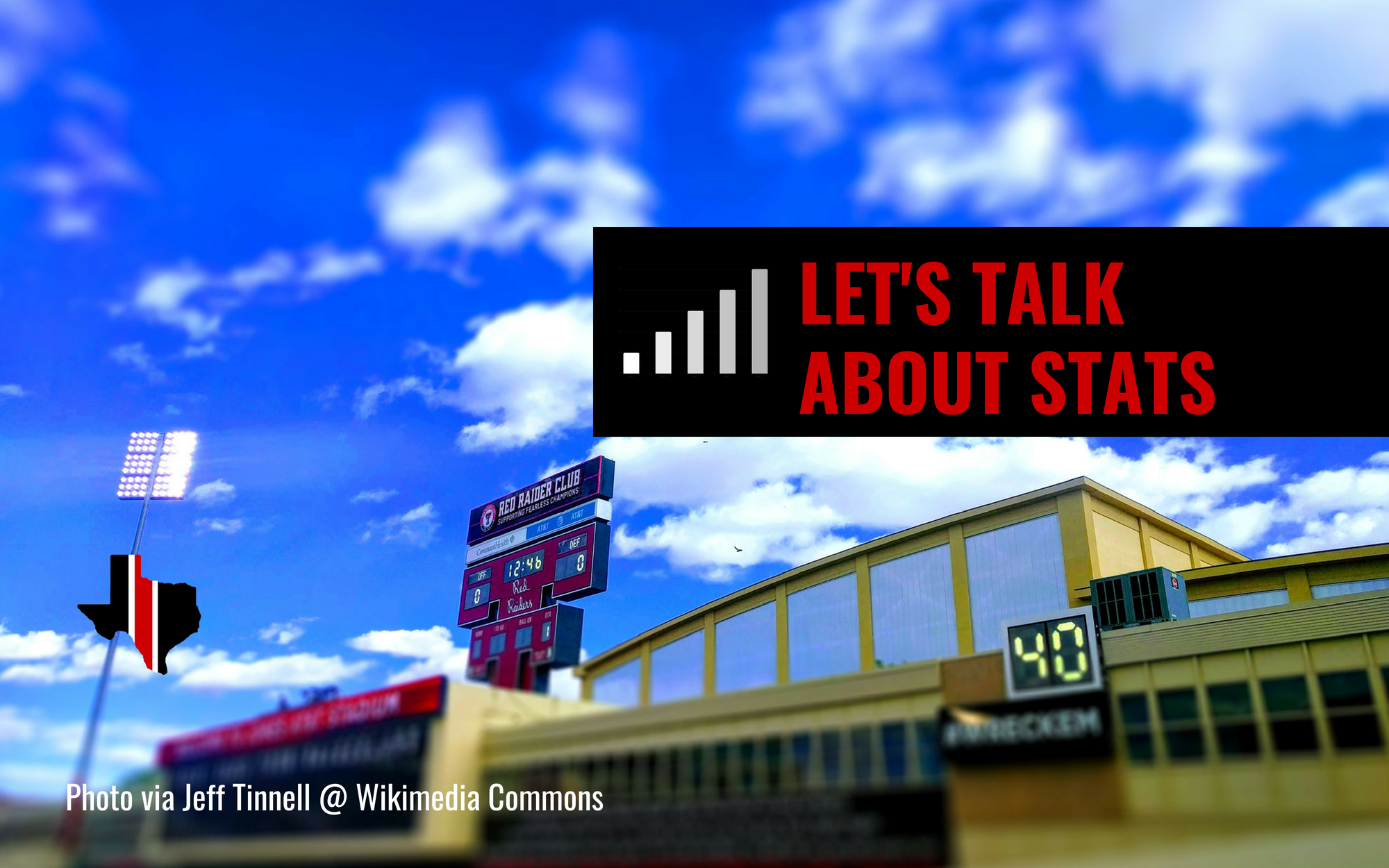 The stats from these graphs are from Football Study Hall and I very much appreciate that these are readily available and love looking at them.

So, when reading these charts, the lower the number the better. These are the national rankings in these categories, thus, the higher the number the worse the rank, which is bad. The lower the number, the better the rank, which is good. And it’s always been labor intensive to put together the stats, it’s usually last minute and I’m surprised that I didn’t make more mistakes last year. With that being siad, I’ll write about the traditional stats and let the advanced stat speak for themselves.

I’m quite surprised at the Ole Miss defense. I thought they’d be better than what they were last year and quite frankly, I somewhat forgot looking at these numbers in doing the preseason preview. Ole Miss gave up 6.22 yards per play last year, nearly 7.5 yards per pass attempt and 5.35 yards per rushing attempt, which was the worst in the nation. And, team rushed for nearly two and a half rushing touchdowns per game. Compare to one and a quarter for Texas Tech. Teams completed 41% of their their 3rd down conversions.

Where Ole Miss was pretty good, was sacking the quarterback, so I’d expect the pressure to continue this first game against an inexperienced quarterback for Texas Tech.

The Ole Miss offense is much better than I remembered too, and I guess that shouldn’t be a surprise given Kingsbury maybe wanted to hire their offensive coordinator, Phil Longo. That’s probably my biggest concern, is how good the offense for Ole Miss is going to be and that’s really a tough opponent for the defense. We’re going to find out pretty quickly whether or not the Texas Tech defense has made any strides because Ole Miss will test that proposition. Ole Miss is excellent in the passing game, averaging a shade over 9 yards per attempt and over 4.3 yards per rushing attempt. The rushing isn’t setting the world on fire, but it is in the top half or so. It’s the effectiveness of the passing game, particularly completing 65% of their passes last year, that sets them apart. They’ll pick you apart.

There are a few advanced stats pages (and one with traditional stats) that we’ll link through the year. I think a good mix of things will be beneficial, so rather than relying just on someone like Bill Connelly, you can look at everything and make a determination. I still really like Bill’s stats the best, probably because I understand them and look at them quite often, but that shouldn’t persuade you.

College Football Analytics: The proprietor of this site, Dan Becker originally started out at Wide Right Natty Lite and now I think he’s exclusively at CFB Analytics. His stats have Texas Tech 56th overall with Ole Miss at 55th, so these two teams are pretty equal overall. There’s a prediction page and he’s got Texas Tech with a 56.4% chance of winning this game, 34.3-33.

FEI College Football Ratings: These are stats from 2017, but they’ll be updated, and these stats are described as follows, “Approximately 20,000 possessions are contested annually in FBS vs. FBS games. First-half clock-kills and end-of-game garbage drives and scores are filtered out. Game efficiency (GE) is a measure of net success on non-garbage possessions, and FEI opponent adjustments are calculated with special emphasis placed on quality performances against good teams, win or lose. Strength of schedule (SOS) ratings represent the average number of losses an elite team (two standard deviations better than average) would have against the team’s entire schedule.” Using last year’s metrics, they had Ole Miss as the 76th best team and Texas Tech as the 47th best team.

ESPN’s Football Power Index: “The Football Power Index (FPI) is a measure of team strength that is meant to be the best predictor of a team’s performance going forward for the rest of the season. FPI represents how many points above or below average a team is. Projected results are based on 10,000 simulations of the rest of the season using FPI, results to date, and the remaining schedule.” Similar to the FEI, but this is more of a projection than a figure of actual production. The ESPN FPI has Ole Miss at 44th overall and Texas Tech at 37th overall. Those are surprising rankings as far as I’m concerned.

MyTeams Better: For you traditional stat folks, this is where you can find traditional stats and I don’t need to do any sort of fancy table. It’s pretty great as far as I’m concerned. Here’s the Ole Miss vs. Texas Tech matchup and I’m including a screenshot as well. 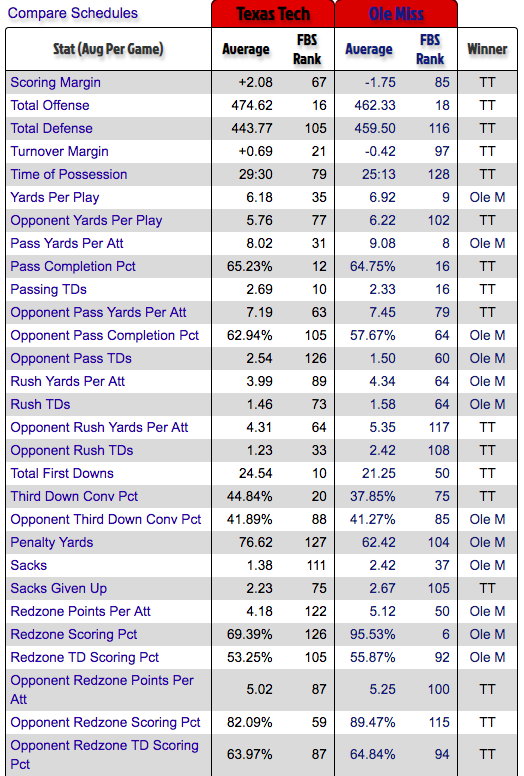