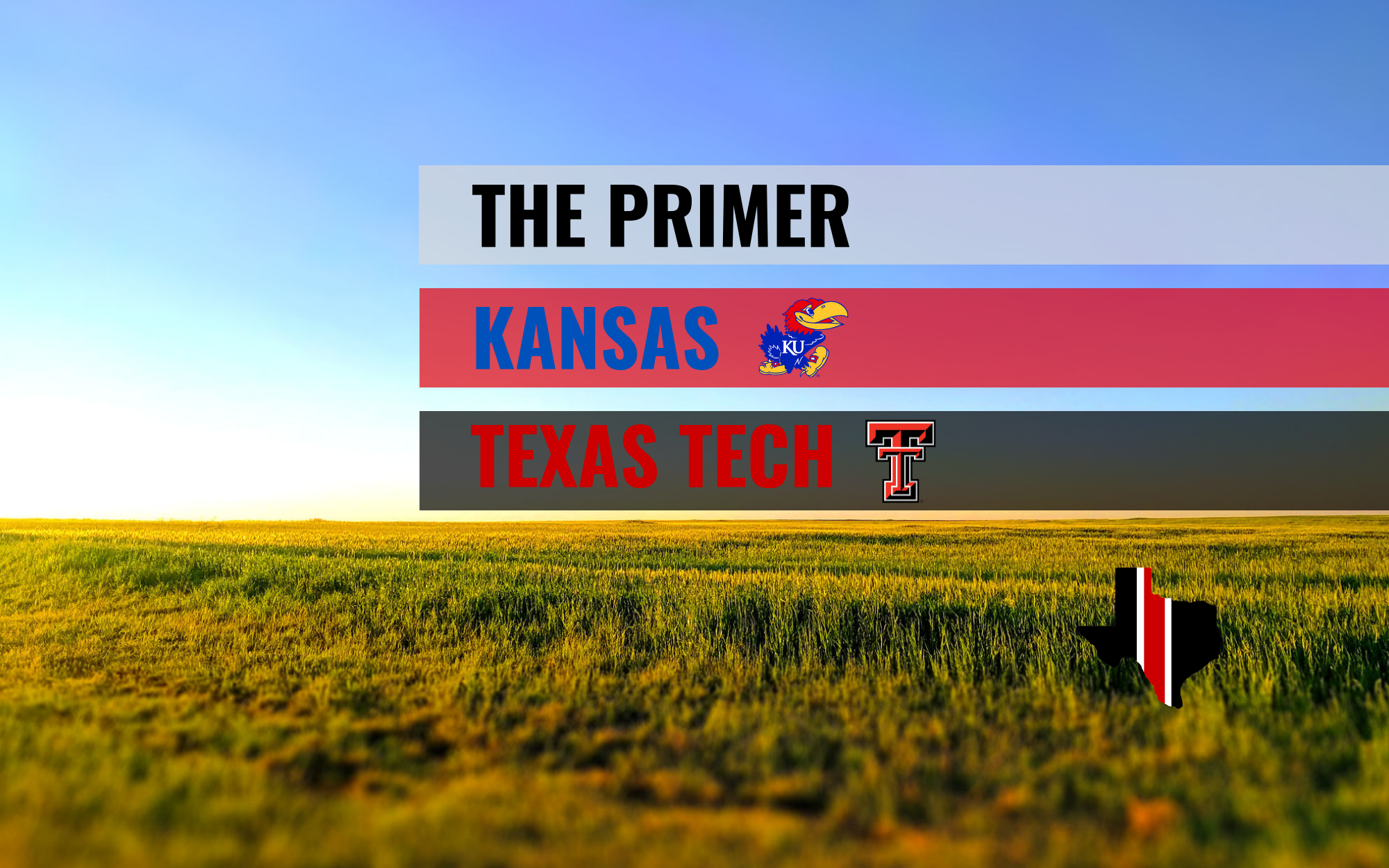 Let’s get ready for Kansas.

Where to Watch: Jones AT&T Stadium | Fort Worth, Texas

1. Anything going on with the Kansas program?

Ha! Well, yeah, there are things happening. Head coach David Beaty fired offensive coordinator Doug Meachum during their bye week, which was on Saturday (Remember when Meacham was the next big thing offensively?). So now, they have two weeks to plan for Texas Tech and Texas Tech has to prepare for an offense that they don’t know how it’s going to roll. And if you ever felt like complaining about Texas Tech recruiting you should know that Kansas has one commit. Yes, one. Running back Cole Mueller from Wentzville, Missouri, a 3-star who has no other offers. It would seem that this situation is untenable and Beaty will be let go at the end of the season.

2. What will happen on offense with a new offensive coordinator?

Kansas won’t have the time to really change up their offense all that much and I’d guess that Beaty, being an offensive guy, probably assumes calling the plays or at the very least has a big hand in the offense. At quarterback, it’s mostly be senior Peyton Bender (6-1/205) who has completed 61% of his passes for 681 yards, 6 touchdowns and just 1 interception. The other possible quarterback option is Carter Stanley (6-2/198), a junior who is completing 72% of his passes for 304 yards, 3 touchdowns and 1 interception. The thing about both quarterbacks is that they are simply not throwing the ball down the field, and both average about 5 yards per attempt.

3. What’s happening with the Kansas defense?

You know what, the Kansas defense isn’t terrible. As of Saturday morning when I’m typing this up, the Jayhawks sit at 76th in defensive S&P+, which is pretty good all things considered (Texas Tech was at 101 before the TCU game for comparison purposes). And Kansas has been better at stopping the run overall in comparison to the pass, so if Jett Duffey is the quarterback, this may be in Kansas’ favor to an extent to play a quarterback that isn’t great in the passing game.

4. Who has been some key players for the Kansas defense?

5. What’s the all-time record with Kansas?

Winsipedia says that the all-time record is 18-1 for the good guys, the lone loss for Texas Tech coming in 2001 when Mike Leach was the head coach and Terry Allen was the head coach for the Jayhawks (I don’t know who this is) and lost 34-31. So it’s been 11 straight wins since 2001.