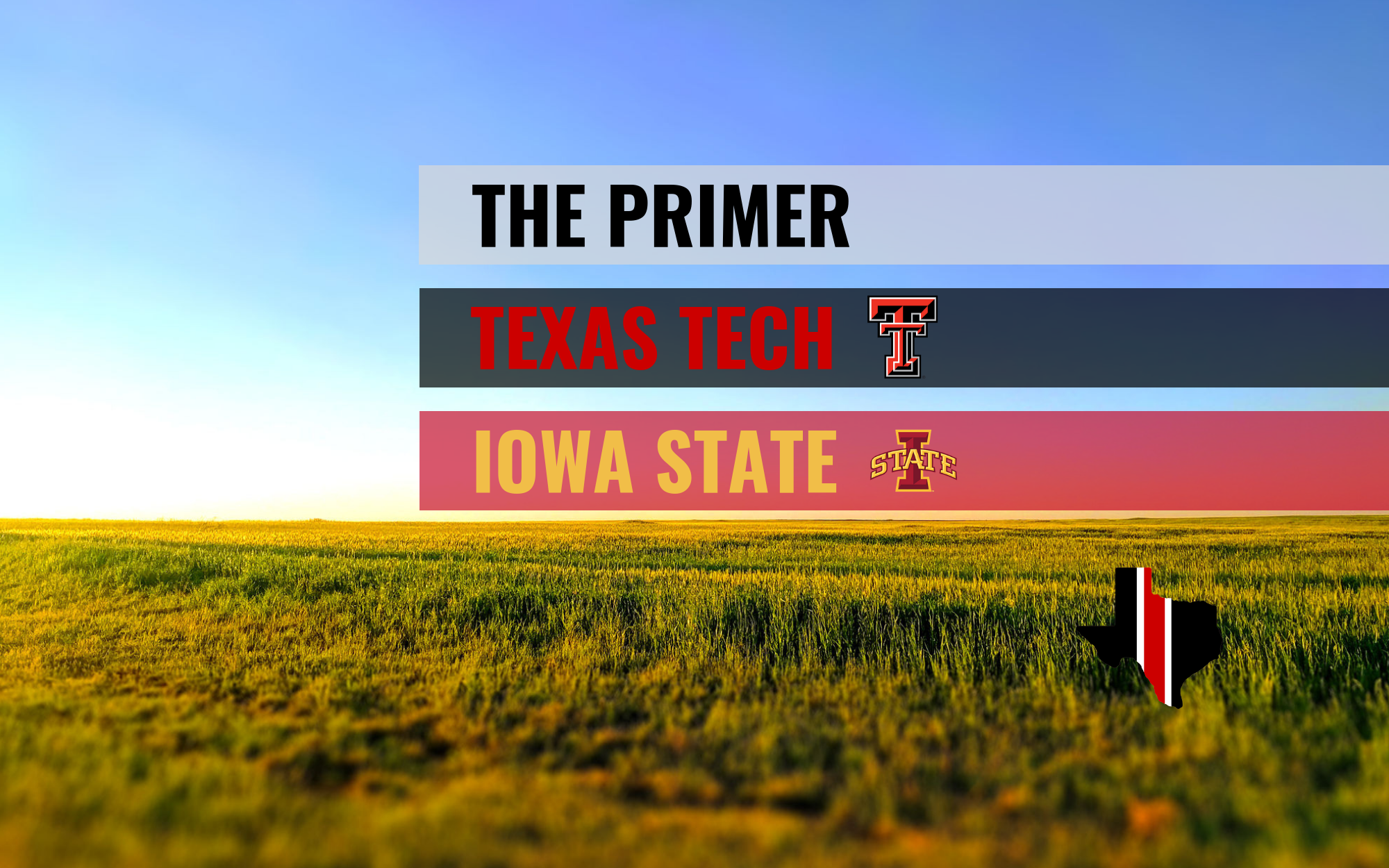 1. Are you telling me that Iowa State had a bye this past weekend and they two weeks to get ready for Texas Tech?

2. What’s the deal with this freshman quarterback and the terrific Iowa State running game?

So I think Kyle Kempt gets hurt or something and then they go to sophomore Zeb Noland for a couple of games, but then he ends up getting replaced by freshman Brock Purdy (6-1/202). As you can see, there’s nothing huge there physically, but he’s a dual threat in the sense that he’ll run on you and he’ll do it well. Right now, Purdy is completing 75% of his passes, has 7 touchdowns to just 2 picks, and is averaging 11 yards per pass. That’s fantastic, and maybe this is a situation where there just hasn’t been any film on Purdy or he’s just really good. David Montgomery (5-11/216) is a terrific running back, has 111 rushes for 523 yards, 4 touchdowns and averages 4.7 yards per carry. Sophomore running back Kene Nwangwu (6-1/206) is the backup and he’s not really getting a ton of yards, only 88 yards on 20 carries. I mentioned Purdy’s ability to run and he has 128 yards on 28 carries and averages 4.6 yards per carry.

3. Can you explain what this dumb (it’s not dumb) “cloud coverage” is?

The first thing to distinguish is that cloud coverage is not something new. It’s been around for a while. And rather than me try to explain it, I’ll have some other people explain it. FootballOutsiders writes:

In “cloud” coverage, one cornerback and two safeties handle the deep part of the field.

In a cloud coverage scheme, the defense will often roll in the direction of the one cornerback who is not responsible for a deep zone. One safety shifts to a position behind that cornerback. The second safety moves to the middle of the field. The other cornerback drops back. A linebacker slides into the flat in front of the deep cornerback. Throw in a blitzing linebacker (with a cohort shifting into his zone) and the quarterback’s read is very difficult: it’s hard to tell who is responsible for which zone, and defenders suddenly appear in what should have been soft spots on the field.

X’sO’sFootball has some diagrams and they note the advantages to running this cloud coverage:

1. Strong deep coverage with three defenders playing deep
2. Coverage can have up to eight defenders dropping back in zone coverage. Three over the top, while five play underneath.
3. Can add an extra pass rusher, generally an outside linebacker, while still dropping seven in pass coverage
4. The CB playing the flat can jam a receiver at the line of scrimmage, thus slowing him down into getting into his pass route.

They also note that “floods” eat up this sort of coverage, and that’s essentially in trips to one side, you send your outside receiver deep, and then you have an inside receiver going into the flat and another receiver going to the middle of the field. For comparison purposes, Kansas played a two-high safety look for most of the game.

4. So is the Iowa State defense good?

I’ve enjoyed going back and looking at all-time records. Winispedia says that the good guys have an all-time record of 11-5 with the bad guys having a current 2-game winning streak, one of them an absolute whipping, 66-10 in Ames two years ago, which came on the heels of a 66-31 win over the Cyclones in 2015.