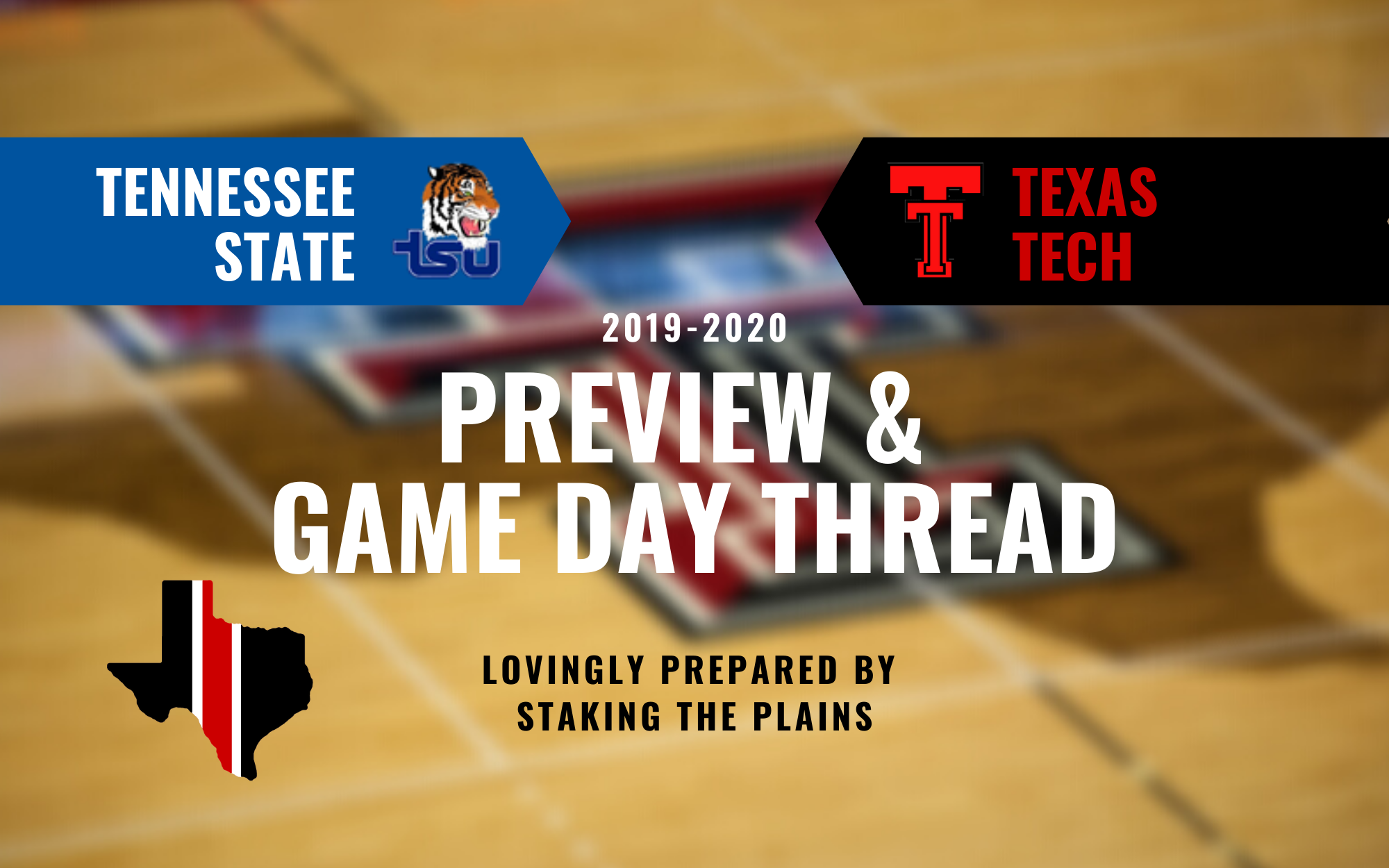 1. Stats. The most interesting thing to me is the discrepancy between the KenPom and T-Rank ratings. Usually they mirror themselves pretty closely, but not with these rankings. And it’s really the offense that’s out of whack, with KenPom thinking that TSU has an adjusted offense near 300, while T-Rank is 183. TSU is a good shooting team thus far, shooting 63.2% eFG% and they’ll block some shots, but they are very susceptible to turning the ball over and they’re basically a jump-shooting team and don’t get to the line very much at all.

2. Scouting. Make no mistake, TSU is good offensively, Marshall, Littlejohn, Washington, and Johnson all are good offensive players. And they’re starting lineup essentially shoots the ball very well. The thing here though is that TSU has played Alabama A&M, Chattanooga, Lipscomb, and Fisk, with the only loss to Chattanooga by 2. Those other teams are pretty terrible and they whipped up on them, but I think some of the shooting may be a result of playing bad teams.

3. How They Match Up. TSU is a pretty long team, with the exception of LittleJohn and Freeman. Littlejohn is a very good distributor and as mentioned, he shoots the ball pretty well. Washington is a very good offensive and defensive rebounder and well as blocking some shots. I think that TSU does a very good job of not having one guy dominate the ball, no one on the team has a high usage rate. Littlejohn, Washington, and Harris are the team’s best three-point shooters with Littlejohn and Washington being the most in terms of volume. For comparison purposes, Moretti, Ramsey, Benson (yep), and Holyfield all are favorably rated so these early season numbers are a bit wonky. Still though, some interesting things is that this is probably the best passing team that Texas Tech has, Moretti, Edwards, Nadolny, and Clarke all have excellent assists rates.

“We have a real good connection, team-wise, I think, ” Clarke said of what’s made the Texas Tech offense so efficient early on. “That’s why I feel that’s why we move the ball so well.”

One of the other reasons has been Clarke, who as one of the team leaders due to seniority, has shown his altruistic nature time and time again en route to averaging 7.3 assists per game which is ranked ninth in the country. Whether it be in a half-court offense or in transition, the Virginia Beach, Virginia native has chosen to pass up shots in favor of providing his teammates opportunities to score.

Nowhere was that more evident than in a win over Houston Baptist, a contest in which Clarke recorded a career-best 11 assists. Prior to dishing out 11 against the Huskies back on Nov. 13 in Midland, Clarke’s mark was 10 against The Citadel back on Dec. 17, 2016.

“I would have to go back to my early coaching,” Clarke said of when he knew he had a knack for dishing the basketball. “All my training, all my years and experience of playing basketball. Really good at seeing things, picturing what can come next.”

The Red Raiders (3-0) are on a 49-game non-conference home winning streak and are currently averaging 89.0 points and 26.0 assists per game. Tennessee State (3-1) travels to Lubbock following a 99-65 win over Fisk University on Monday in Nashville after a 79-78 victory against Lipscomb last week. Tech is coming off a 103-74 win over Houston Baptist last Wednesday and continues to be a defensive powerhouse by limiting its first three opponents to 59.3 points per game and to 36.7 percent shooting. Chris Beard is now 79-31 through three games of his fourth season leading the program, including a 52-5 record at home and a 30-0 mark in non-conference home games.

“Tennessee State is the most athletic team we’ve played to this point,” Beard said. “They look like a Big 12 team in terms of their length and athleticism. They have one guy who used to play in our league and junior college all-Americans and Division I transfers. The thing that stands out to me is their talent and length on their roster. They have a good basketball team that plays well together. They have balance that all good teams look for and are balanced. It’s another team that has our full attention and respect.”