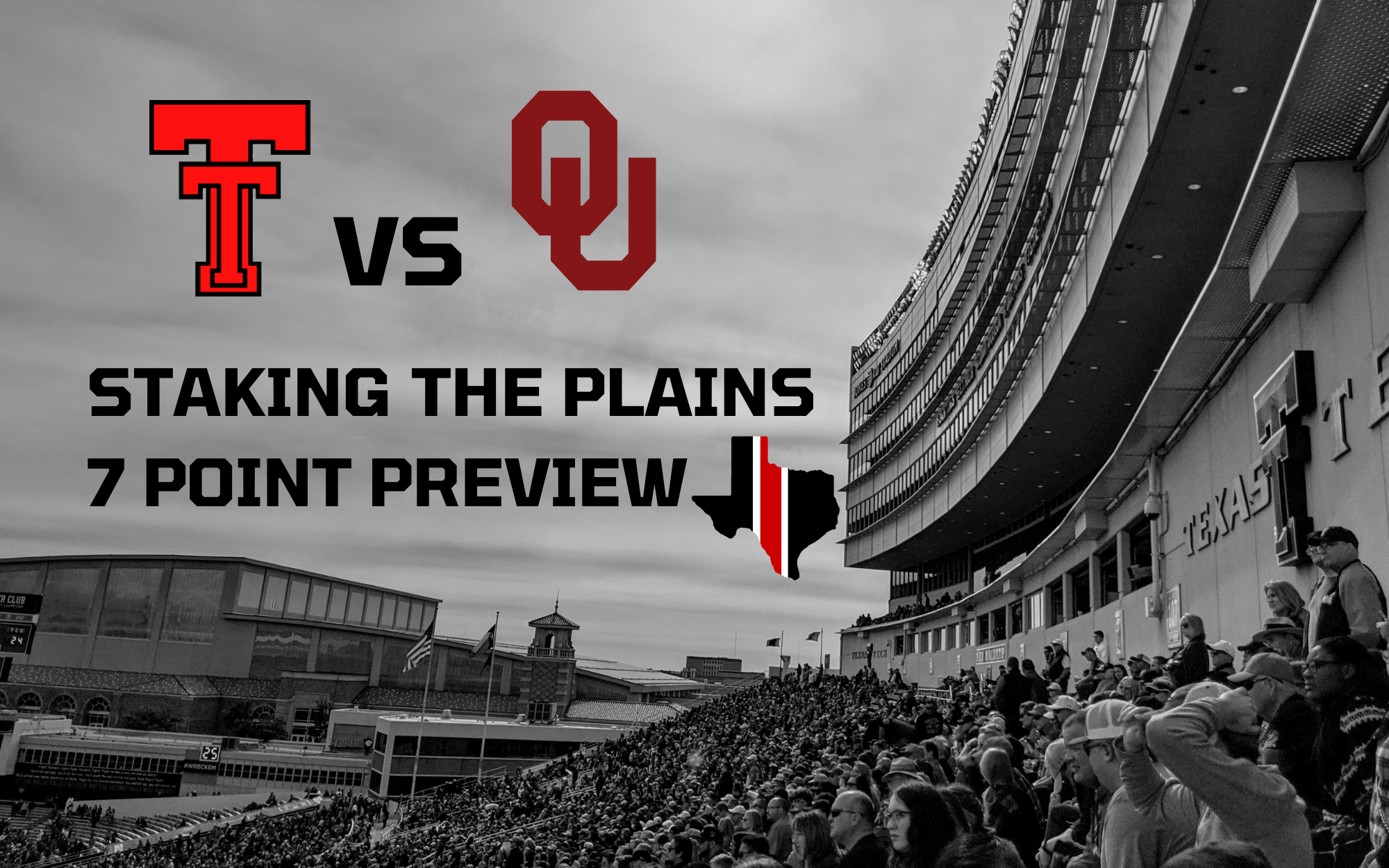 Maybe it won’t be for the team. Maybe the pressure will be completely off the team with an absolutely “nothing to lose” attitude and do the absolute unexpected. For Lincoln Riley and the Sooners, I simply did not know how bad the OU defense was as the year has progressed and I sort of expected that the offense would be higher than top 15 in Sharp, but I’m probably being way too critical of my expectations.

The Oklahoma defense is middle of the road. Absolute middle of the road and not really good at anything. That’s weird if you’re trying to be a top 4 team, which I don’t think that they are. They are a terrible team at stopping big plays and they are ready to be exploited from a passing perspective. If OU was ever ripe, it might be now, but I think that this would be a difficult win. You wonder how long Alex Grinich is the defensive coordinator given that the defense isn’t performing at an SEC level despite having all of the talent in the world.

LB Nik Bonitto (6-3/240): Bonitto is the star of the defense, only 26 tackles, but he has 9 TFL, 5 sacks, 7 quarterback hurries, and 2 fumble recoveries. The pressures is the most important aspect because he’ll get to the quarterback and create pressure points on the defensive line because the Sooners have a ton of sacks from a number of spots including Thomas mentioned below, but Perrion Winfrey (6-4/292) has 4.5 sacks.

S Patrick Fields (6-0/204): The second leading tackler for the Sooners, 47 tackles, with 2 TFL, 1 pass break-up and is one of the most consistent tacklers on the team at the safety spot.

The Oklahoma offense under Spencer Rattler was uneven at best, a high completion rate, but not moving the ball. Some of that still lingers with less than stellar play efficiency. It does appear that they are really good at running and passing the ball, top 30 in both, and that’s not a surprise because that’s what Oklahoma and Lincoln do.

RB Kennedy Brooks (5-11/215): Books is the main rusher for Oklahoma, running 123 times for 767 yards, averaging 6.2 yards a carry, 96 yards a game and 9 touchdowns. Books isn’t a huge threat to catch the ball out of the backfield, only 4 catches on the year. Brooks is incredibly electric and can break a run and that was no more evident than against Texas where he ran for 217 yards on 25 carries, but then I can’t explain why he only ran for 79 yards and 24 carries.

QB Caleb Williams (6-1/218): A ton has been written about Williams replacing Spencer Rattler and just quarterback ratings alone, 153 for Rattler and Williams 184 make this a pretty clear winner. I’m not sure what happened to Rattler. Williams only averages 131 yards passing a game, but that’s not all that accurate, completing 70% of his passes with 8 touchdowns and 1 interception while running for 285 yards on 26 carries (some sacks mixed in) and averages 11 yards a carry, so he’ll certainly run on you.

WR Marvin Mims (5-11/177): Mims is the most explosive of the receivers for Oklahoma, averaging 21 yards a catch with 22 grabs and 470 yards on the year, Mims is absolutely a deep threat. I should mention that he’s only scored 2 touchdowns, while I’ll mention that Jadon Haselwood (6-3/202) is the receiver that’s grabbed 6 touchdowns on the year and H-back Jeremiah Hall (6-2/248) scored 4 touchdowns.

Not a ton of time to do injuries and I think Texas Tech is still dealing with a ton of injuries, while OU is missing WR Theo Wease.

KR Mario Williams (5-9/186): Williams has returned 4 kickoffs, and there have only been 5 returned all year, so they’re not typically returning kicks. Williams averages 23 yards a kick return, so not incredibly explosive. 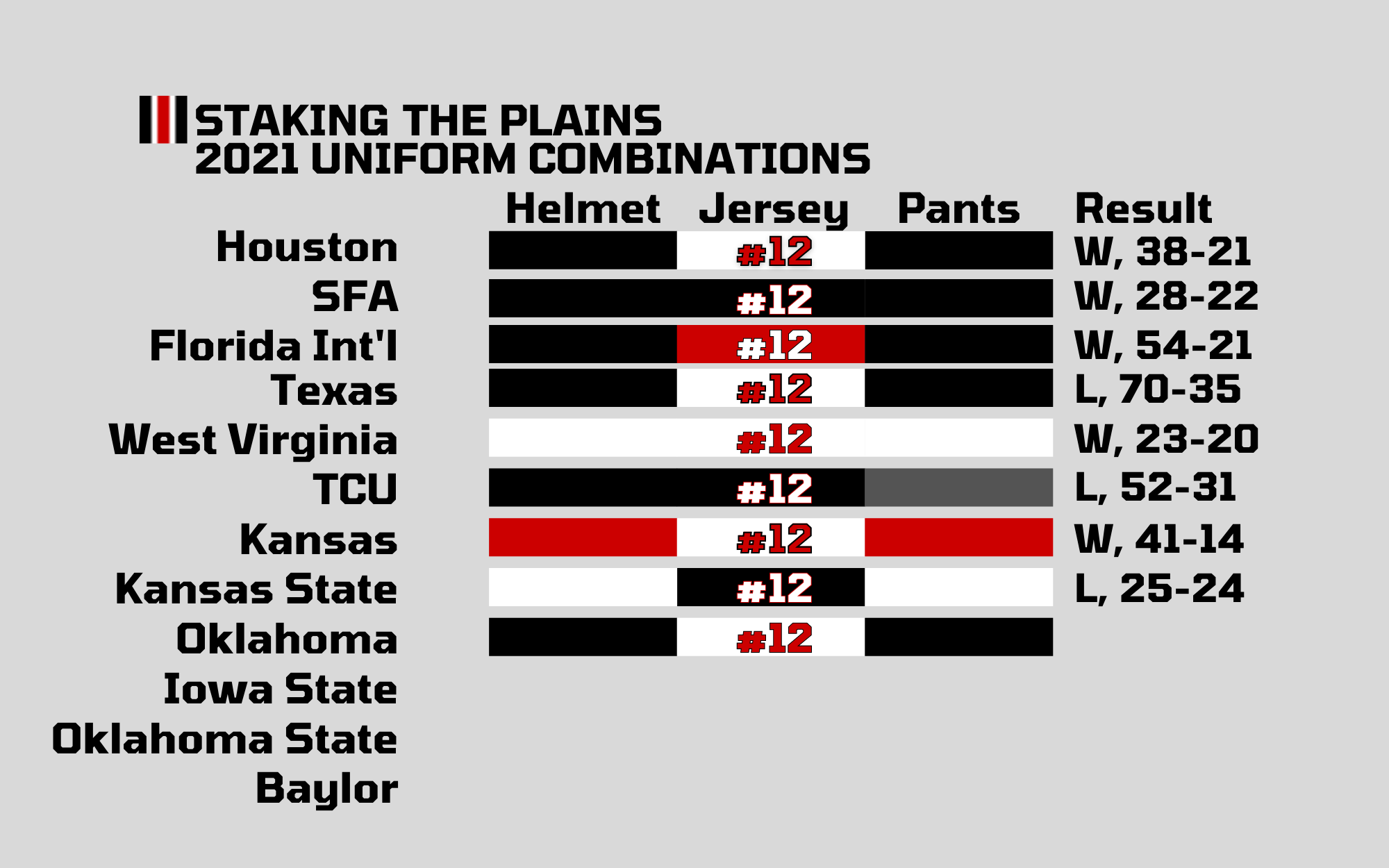 Don Williams Twitter | Don answered a ton of questions regarding the coaching search and essentially said that the top tier is Jeff Traylor and Sonny Dykes with everyone else below that. Mike Leach and Art Briles are much lower on any sort of list and my guess is that Leach and Briles are being considered because of Cody Campbell and there are apparently some donors (even Baylor donors) who are willing to donate if Briles is hired, which is odd as hell. Don also is reporting that Texas Tech will no longer be going the cheap route regarding staff, coordinators, and analysts as they have over the past decade-plus. It’s all there for you to read, so please click on over.

Not a ton of time this morning. It’s been a busy week and am glad that the players, coaches, and myself have an off-week next this coming up week. We can focus on other things this next week. I saw where SP+ thinks that Texas Tech keeps it within the spread, but I’m simply not confident. I absolutely love Sonny Cumbie. Not about him, the players or anything else. I’m not even on the team and feel a bit beat-up with everything that’s happened and I’m a guy that sits at a keyboard.