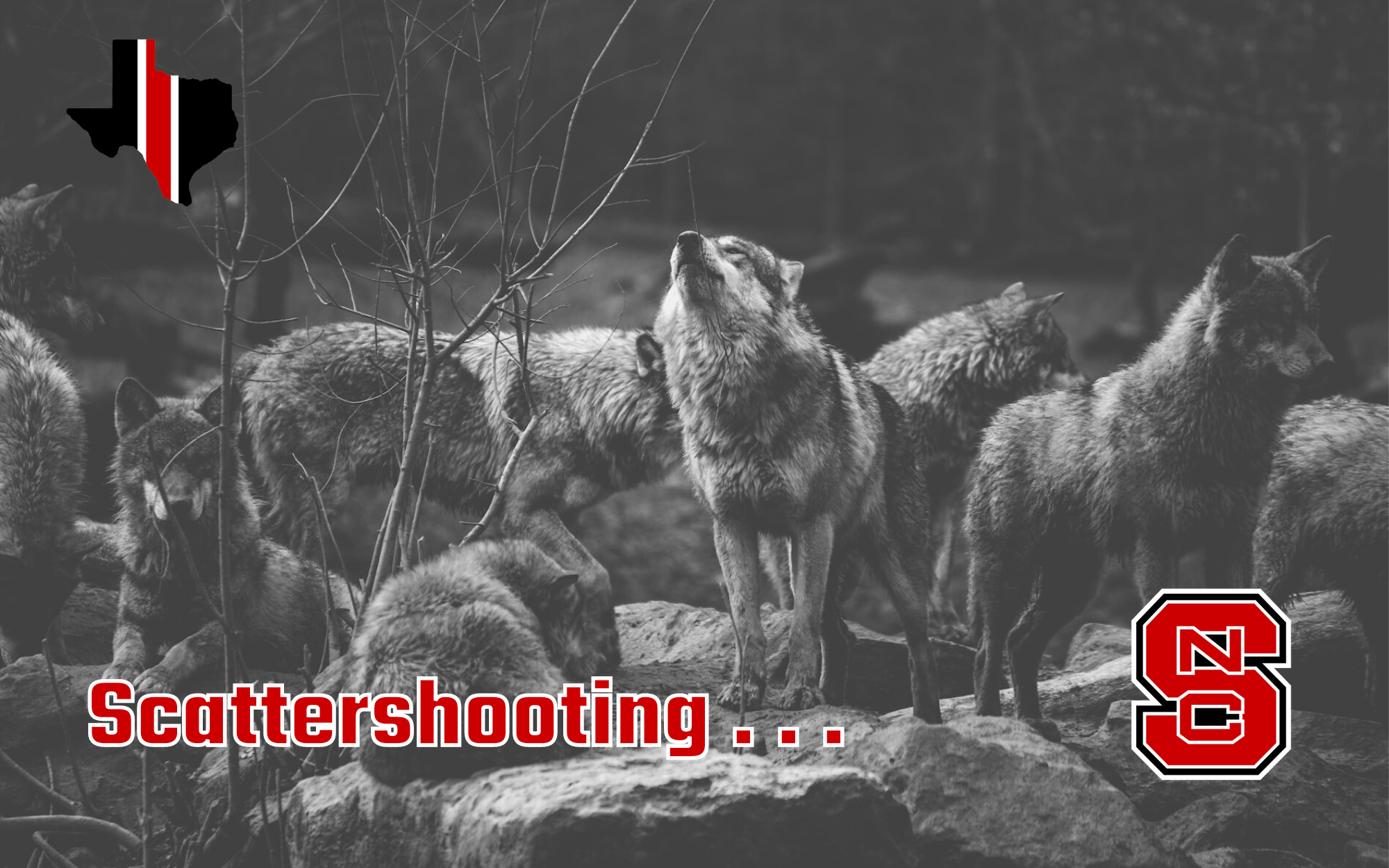 Webb starred at NC State after he got his start at Midland College where he played for two years in 1981-1983, the same years that Mark Adams was at Clarendon College. Midland College would win the national championship that year and after finishing at Midland, he was set to play at North Texas when the coach was fired so apparently he lost his spot. Webb didn’t catch on to NC State until he was seen by an NC State coach while playing in a summer league in Dallas (Webb played for Wilmer Hutchins in high school for what it’s worth). Webb wound up playing in the NBA from 1985 through 1996.

Currently, Webb is the President of Basketball Operations for the Texas Lengends

NC State Things. NC State continued their winning ways, after beating a pesky East Carolina (they should have lost to be honest), this past week they easily dispatched the FCS Charleston Southern Buccaneers. I don’t know that there’s a ton to take from this game. A couple of things should be noted though, which is that offensive coordinator Tim Beck was typically down on the field, but he went up in the box for this game. We’ll see if that continues.

Up & Down in the Big 12. Absolute carnage. I think most of you saw Texas lose at home to Alabama off of a last-second field goal. I thought Texas’ defense was much improved (hello Gary Patterson) and they were actually legitimate to me. Quinn Ewers has an AC joint or clavicle issue, similar to Tyler Shough and will likely miss the Texas Tech game.

I didn’t see one second of Oklahoma taking down Kent State, 33-3, but maybe I was expecting more. Baylor lost in double-overtime to BYU and I was asleep when this game was played, but going on the road and taking BYU to overtime isn’t bad. Baylor, at least in terms of rankings, was the better team. Oklahoma State handled Arizona State, which I think is a mess of a program in general. EMAW dismantled Missouri, absolutely throttled them. Deuce Vaughn gonna be a problem.

Iowa State, which is always looked at as little brother to Iowa, took down the Hawkeyes, 10-7. Iowa has always been anemic on offense, but woof. Kansas beat West Virginia in Morgantown and I would think that the calls to let Neal Brown go would be pretty loud this morning. This game went to overtime, so the score isn’t as bad as it seems because Kansas got a pick-six on defense to end the game. Kansas is atop the Big 12 standings. TCU dismantled Tarleton 59-17.

This week could be pretty fun. Oklahoma is in Lincoln to play Nebraska where the Cornhuskers just fired favorite son Scott Frost. Amazing. Sooners are favored by 16.

Baylor probably gets back on the winning track as they host Texas State, the Bears are favored by 33.5. Winless West Virginia is hosting Townson and there’s no line to that game. Iowa State hosts Ohio, the Cyclones favored by 20. Kansas State will also host Tulane and are favored by 18.5.

Kansas has to go play a pissed off Houston team and I don’t think this will be all that pretty. Houston favored by 8. I don’t know that I like all of those points, but Dana ain’t gonna be cool about things this week. Oklahoma State will host Arkansas-Pine Bluff with no line right now.

Other Things. With Nebraska firing Frost, they’ve pulled a “Texas Tech” which is firing your head coach before the season ends. Nebraska head coaching candidates include Kentucky’s Mark Stoops, Iowa State’s Matt Campbell, interim Nebraska HC Mickey Joseph, Urban Meyer, Alabama OC Bill O’Brien, and Wisconsin DC Jim Leonhard . . . Nebraska will have to pay a $15 million buyout . . . Speaking of buyouts, West Virginia will have to pay Neal Brown $16 million if they let him go and that would mean that Graham Harrell would be looking for another job. It doesn’t appear that the offense was the issue against Kansas, but they were shut out in the 3rd quarter  . . . Notre Dame is currently winless . . . Speaking of crazy outcomes, Texas A&M lost to Appalachian State, 17-14. The TAMU offense look pedestrian and think they have an evaluation and quarterback problem . . . Who else is somewhat waiting on those “best in Texas” football team rankings?