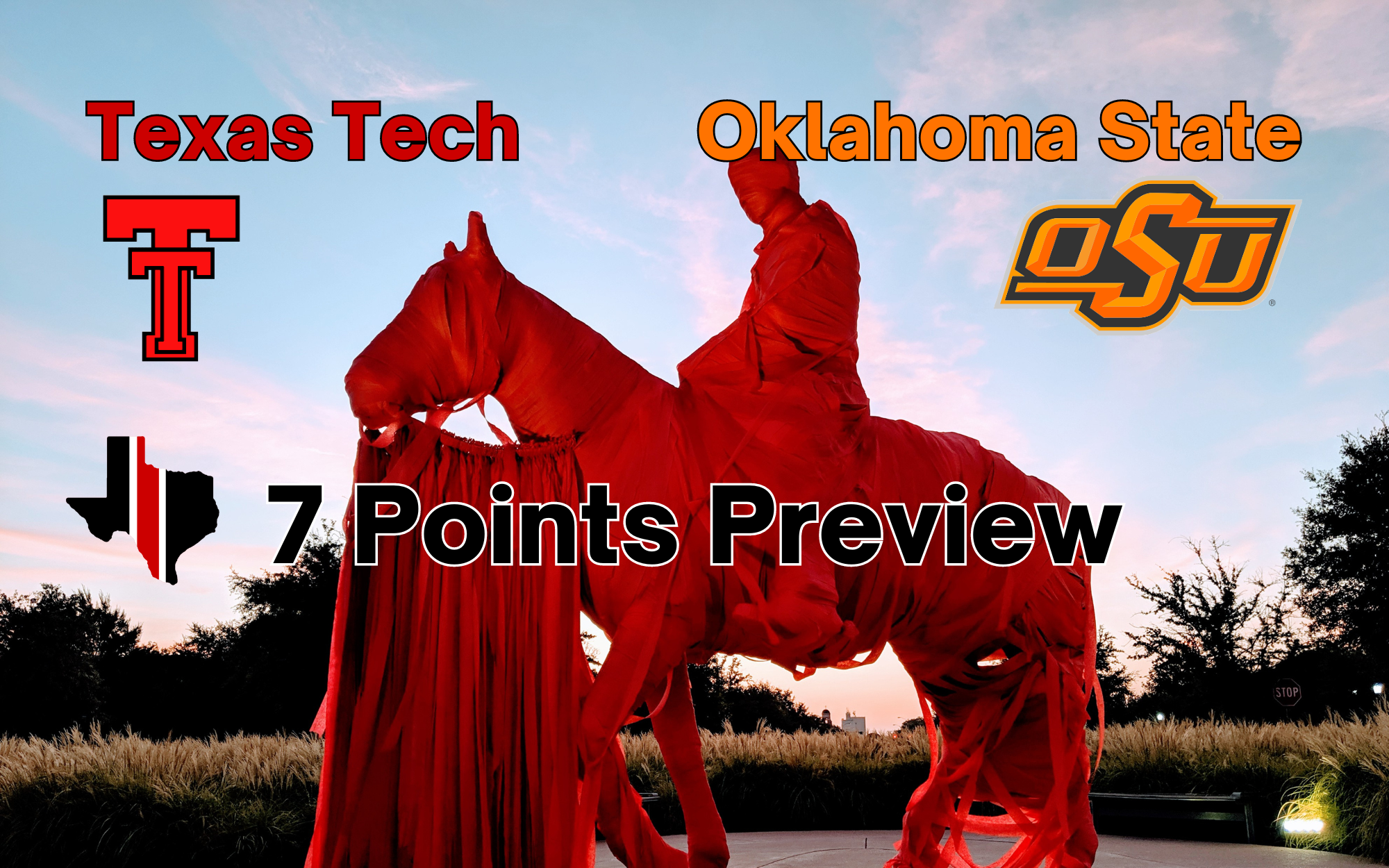 Advanced Stats: The only outlier is Sharp Football and it doesn’t make any sense, right. Everyone else seem to have it one way and I simply canot explain why Sharp has Texas Tech ranked higher. Or maybe everyone else is wrong! 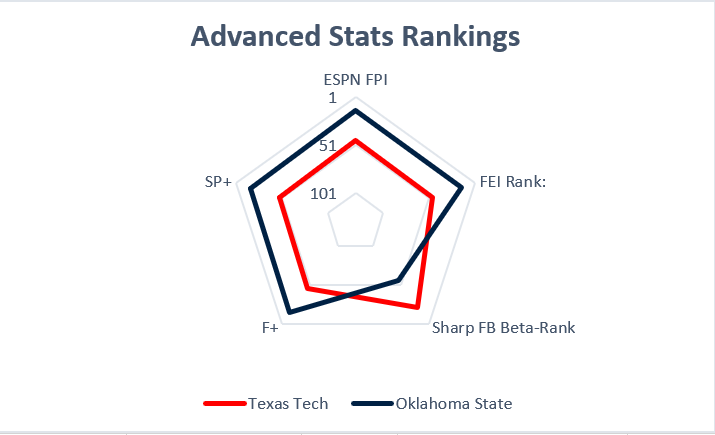 Texas Tech Offense vs. Oklahoma State Defense: This is almost crazy enought to not make sense, but we’re going to make sense of it. What this says is that Texas Tech’s strength, pass efficiency and not getting into negative drives are two of Oklahoma State’s weaknesses. Oklahoma State is great at stopping the run and these two teams are good at drive efficiency. 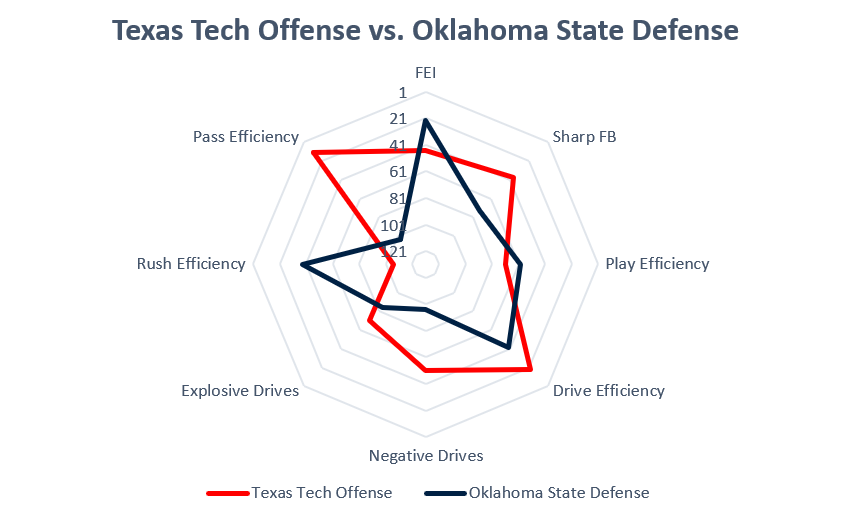 Texas Tech Defense vs. Oklahoma State Offense: The Texas Tech defense is good? I think this is what this is saying and other than FEI and play efficiency, Texas Tech has a lot of statistical advantages. 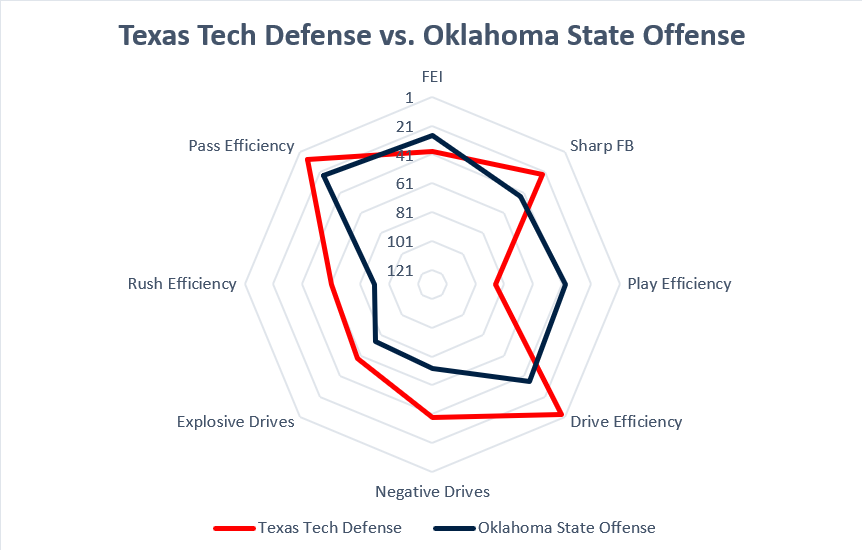 Key #2: Tough 3rd Down Defense: Getting opposing offense off the field is incredibly important and Oklahoma State is 7th in the nation in 3rd down conversion’s allowed, good for just 24% of third downs converted. Add to the equation that Oklahoma State is 24th in first down defense, that’s where it starts, which is force long third downs then capitalize on third downs.

Key #3: Capitalize on First Downs: Texas Tech is 3rd in the nation on first down offense. Texas Tech is moving the chains, but they aren’t getting the ball in the endzone probably as much as Joey McGuire would like. The Red Raiders are 38th in scoring offense, so not terrible.

Can Texas Tech win on the road? This is getting over the hump. Teams that win on the road are teams that are consistent winners in their respective conference and separate themselves from the others. Texas Tech hasn’t had the easiest road to winning on the road, playing 3 ranked opponents and are 0-2 thus far. In fact, the averaged margin of loss is 11 points and with the line opening up at 13.5 point underdogs, I think Vegas was looking at that more than anything else.

Kansas State grades were not great, a lot of orange on the offensive side.

The bestest of uniforms.

24. MINNESOTA VIKINGS: EDGE TYREE WILSON, TEXAS TECH
The Vikings add another long edge rusher to the fold to keep the heat on opposing quarterbacks. Wilson is a freakishly long 6-foot-6, 275-pound edge rusher who is only scratching the surface of what he can do on the field. He’s notched 27 pressures already through five games this season as he continues to climb up draft boards.

I am feeling less confident about Texas Tech on the road and with that spread. It currently sits at -9.5 and Texas Tech’s inability to score. Oklahoma State is probably in the lead for best team in the Big 12 along with TCU. I’ll take the points this one last time on the road until Texas Tech is able to snap out of their road doldrums. I’m picking Oklahoma State to win and Texas Tech to cover (against my better judgement).