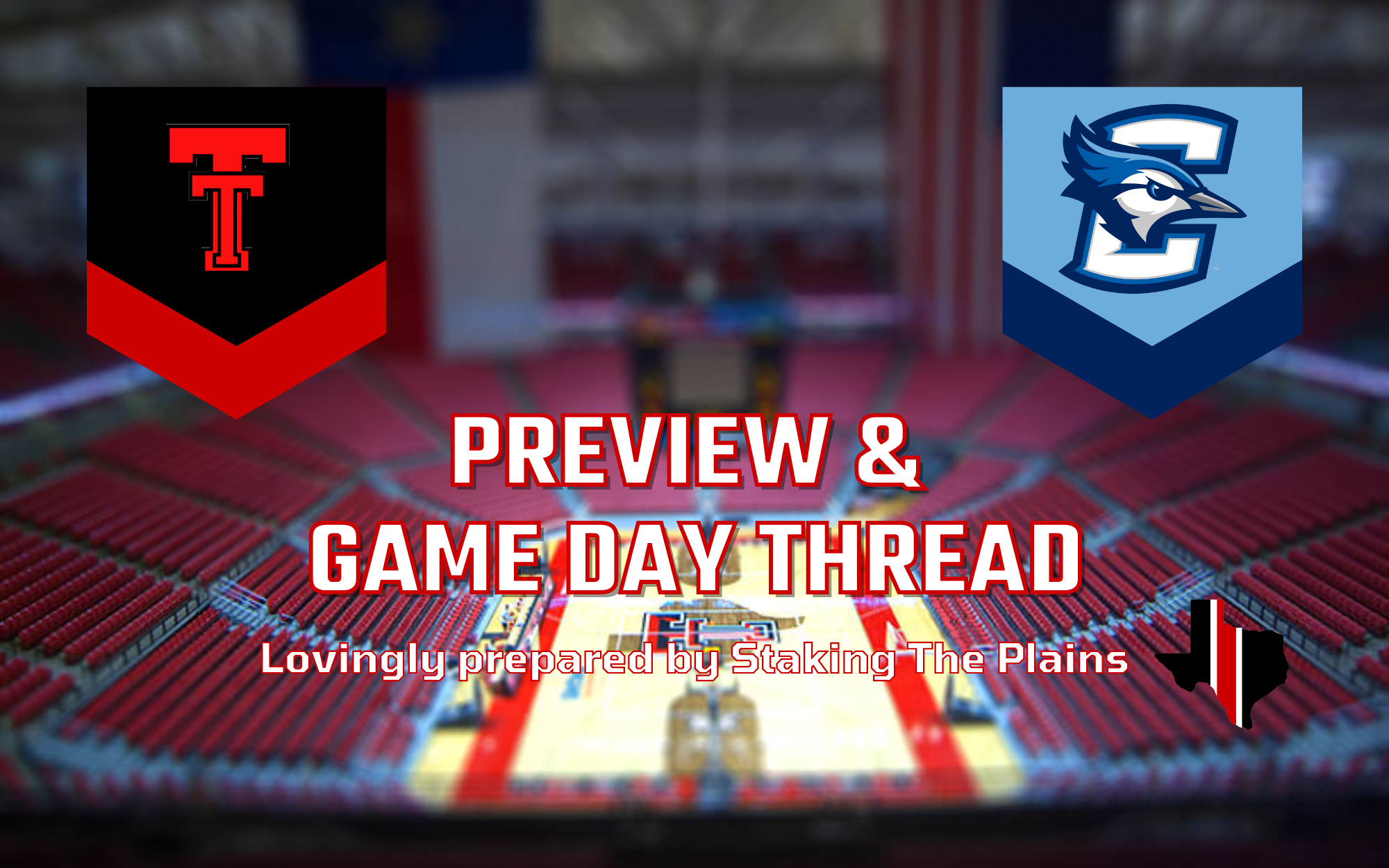 1. Stats. After 4 games for Creighton and 3 for Texas Tech, we’re starting to get some stats that tell us a bit about each of these teams. Creighton is pretty darned evenly balanced on offense and defense. They are 27th in the nation in eFG%, but they also have played cupcakes (just like Texas Tech). They are a low turnover team, 9th in the nation, and something to watch, are 46th in the nation in offensive rebounding. Creighton shines inside the arc, 14th in the nation in 2-point field goal percentage and the one negative offensively is 329th in free throw rate. Defensively, Creighton is very good in limiting offensive boards, 5th in the nation, and haven’t put any teams on the line, 2nd in the nation. The biggest negatives defensively is that the Bluejays are 282nd in 3-point percentage allowed, which is maybe a product of who they have played (cupcakes usually shoot a ton of 3’s to go for the upset) and don’t turn teams over very much, 226th.

Texas Tech is meh offensively right now, which could be solved significantly if the turnover percentage, 343rd, gets solved. That would actually solve a ton offensively because everything else is okay. Texas Tech is 63rd in eFG%, which is fine and are getting to the line 65th in the nation. Defensively, really good at pretty much everything other than the offensive rebounding, 173rd in the nation in allowing opponents to grab those offensive boards.

2. Scouting. Kalkbrenner is pretty terrific statistically. He’s a dominant inside force, making 84% of his 2-point shots, which is absurd. He’s a fantastic offensive rebounder, doesn’t turn the ball over and shot-blocker. Scheierman was one of the transfer gems this offseason, he’s not shooting great inside the arc, but he’s already put up 24 3-point shots and is making 42% of them. Also a really good defensive rebounder. Nembhard is a low-turnover and high-assist machine, not shooting great from deep, but he’s doing okay thus far. No player has a high usage rate other than Kaluma, which makes me think that this is a team that has a ton of movement on offense and you don’t have guys just standing around waiting for the ball.

3. How They Match Up. I wish that Aimaq was playing this game because I think his post-game against Kalkbrenner would be fascinating. Regardless, this will be a huge test for Batcho, to be able to play without fouling. Tyson will have the initial task of stopping Scheierman which will be fun and that Obanor vs. Kaluma battle should be fun as well. Just a lot of interesting match-ups for sure.

Beach boys back at it!

This time, with our socks off. 😂 pic.twitter.com/crFBaixNGt

No. 23 Texas Tech swept through a three-game homestand and is now set to travel to Hawaii for the fourth time in program history to compete in its first Maui Jim Maui Invitational. The Red Raiders (3-0) open the tournament against No. 10 Creighton at 1:30 p.m. (CST) on Monday at the Lahaina Civic Center for the first of three games where eight teams will battle to advance to the championship game which is set for 4 p.m. (CST) on Wednesday. The tournament field also includes No. 9 Arkansas, No. 14 Arizona, No. 17 San Diego State, Cincinnati, Louisville, and Ohio State.

Tech has started this season with wins over Northwestern State, Texas Southern and Louisiana Tech and will now look to knock off a Top-10 opponent for the first time this season and for the ninth straight year. The Red Raider program has previously played in the Rainbow Classic (Honolulu) in 1977 and 1982 and the Pearl Harbor Shootout (Laie, Hawaii) in 1998.

The Bluejays are currently 4-0 on their season with wins over St. Thomas, North Dakota, Holy Cross and UC Riverside. Creighton is 3-1 all-time against Tech, including taking the last matchup in the series with an 83-76 overtime victory at the Las Vegas Classic on November 29, 2019 at the Orleans Arena.