Given that there’s still one more day before Texas Tech plays against Georgetown, I thought I’d take a look into some numbers for Texas Tech, more so than what I typically write in a preview. Let’s go to T-Rank. 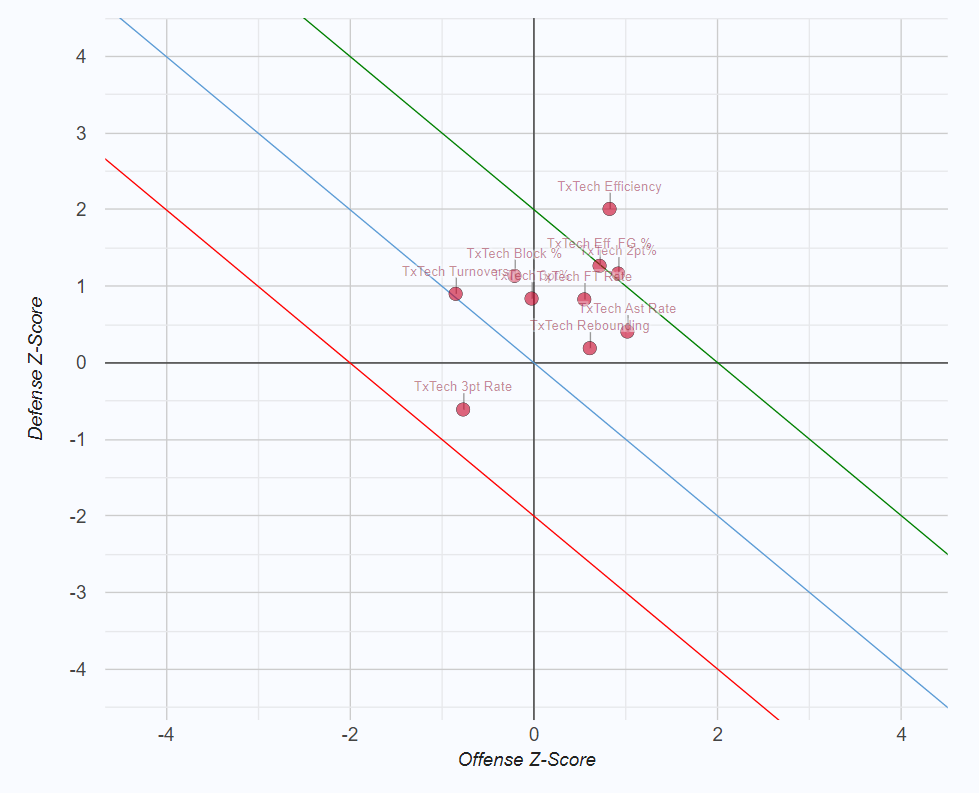