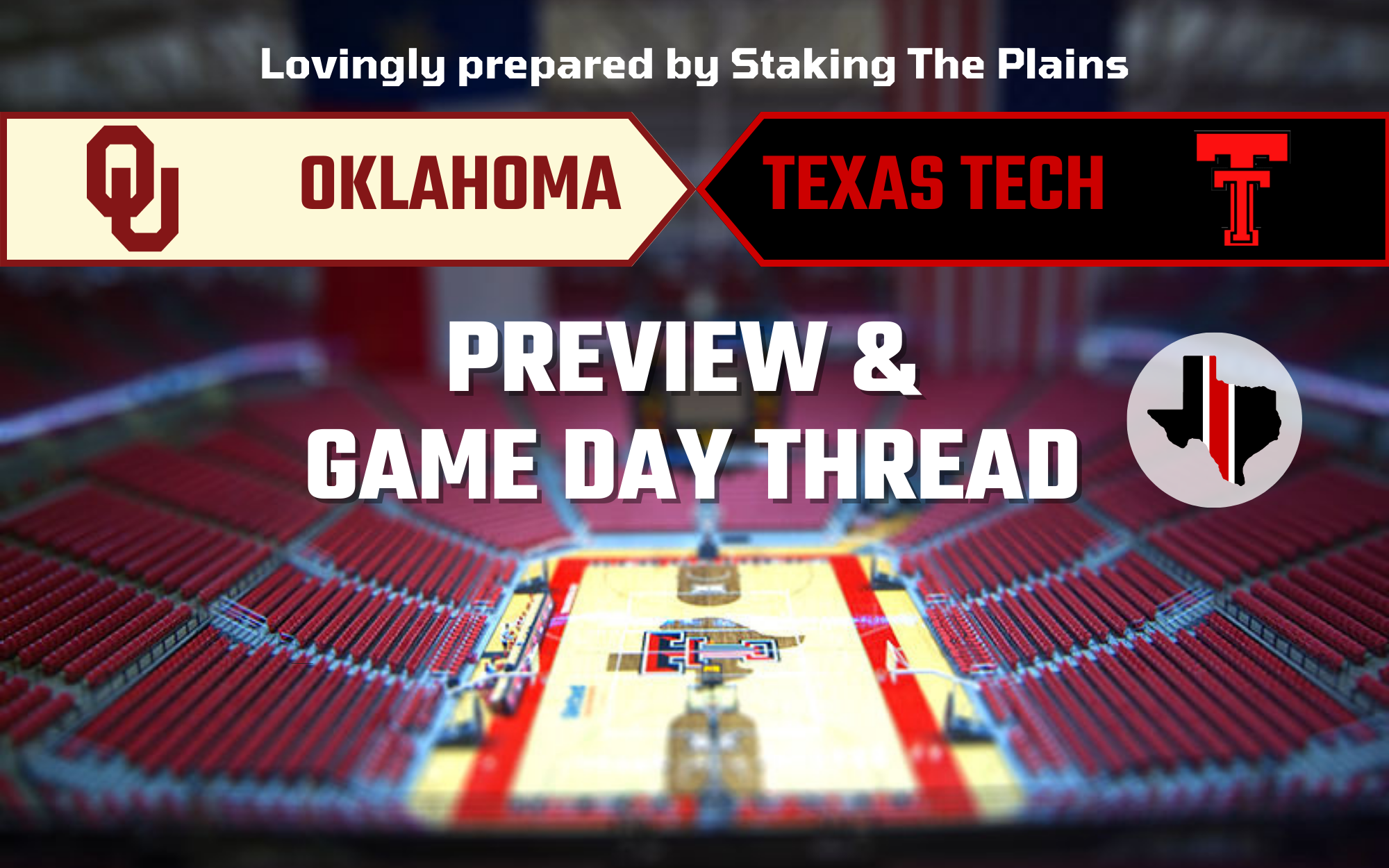 1. Stats. Oklahoma is pretty good at some things, particularly shooting, on offense. The Sooners are 15th in 3-point shooting and 21st in 2-point shooting. That’s ridiculous. Texas Tech will have to take advantage of the fact that they turn the ball over at a high rate, 235th, don’t rebound the ball, 333rd overall, and the free throw rate is 241st. Defensively, they are 11th in guarding the 3-point shot, but don’t turn the ball over, so they’re guarding shots, but not playing aggressively. They are quite good at limiting offensive rebounds, 24th in the nation, and free throw rate, 45th in the nation.

2. Scouting. sherfield is a revalation, he’s the cog making the offense roll, making 50% of his 3-point shots, has high assist and low turnover numbers and the highest usage rate on the team. The Groves Bros. return, Tanner is not shooting well from outside, only 29% overall, but is making plenty of 2-point shots, while Jacob is shooting really well, 42% from deep and 55% from the floor inside the arc. Goodwin is an excellent rebounder and shot-blocker.

3. How They Match Up. Yesterday, head coach Mark Adams said that Batcho may miss the game because of a dislocated finger and Pop Isaacs may have concussion issues, also possibly missing the game. That means more of Walton and Williams I think. I was pretty hard on Harmon after the game and I still pretty well stand with what I wrote. I do think that he can be a good defensive player, he has to adhere to the principals of the defense. It’s that simple.

Yesterday, former Georgia forward KyeRon Lindsay (6-7/215) announced that he would commit to Texas Tech. Lindsay played a handful of games for the Bulldogs before deciding he wanted to transfer, so this is similar to the situation with Jaylon Tyson last year where Lindsay will need to sit out the this year and will be eligible next year. Lindsay is a former 4-star and top 100 player. This is a big get for Texas Tech as he was seemingly down to Texas Tech and TCU. Red Raider Sports’ Ben Golan spoke with Lindsay if you want to check that out.

It appears that Fardaws Aimaq is gettign closer.

Texas Tech and Oklahoma will both look to bounce back from a pair of losses to open Big 12 play when the two teams meet at 6 p.m. on Saturday at the United Supermarkets Arena. The Red Raiders have won seven in a row over the Sooners in Lubbock and 8-of-10 overall in the series.