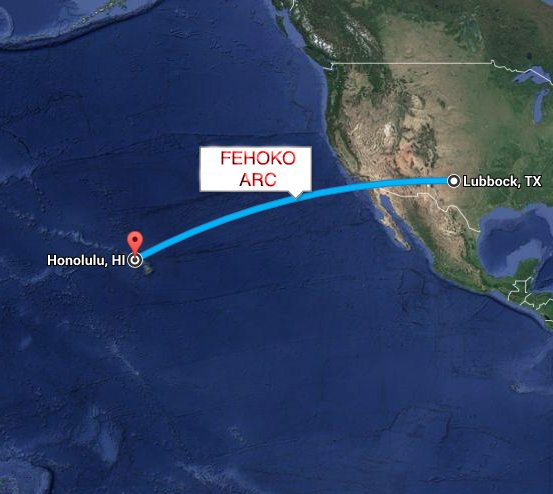 Most often the arc of a college football program’s trajectory is altered with the splashing hire of a high profile head coach, or the moment a certain future NFL quarterback sets foot on campus.

For Texas Tech though, that arc might have changed because of a single, amazing family that lives 3,406 miles from Lubbock, Texas.

Texas Tech fans were first introduced to the Fehoko family when oldest brother Sam played linebacker for Mike Leach and briefly for Tommy Tuberville before departing early for the NFL in 2011. In 2014 brother V.J. transferred to Tech from Utah to play his senior season, Sam returned to join Kliff Kingsbury’s staff as an off-field defensive intern and the Fehokos were back home in Lubbock.

Sam shared his thoughts regarding the mutual love affair with ESPN’s Max Olson last August. “The people around here welcome you with open arms, just like the people of Hawaii do,” Sam Fehoko said. “It’s amazing to me. That’s why I came here. I love the city of Lubbock, and I know the city loves the Fehokos.”

Brother V.J. concurred, and added to the sense that the Fehokos are impacting more than play on the field. They are impacting the culture inside the Red Raider program.  “Coming back was kind of destiny, in a way,” V.J. said. “It’s sort of full circle,” he told Olson.

All of which leads to the final piece, the foundation upon which Red Raider fans are hoping to build a future. And ironically, the final member of the Fehoko clan to join the Red Raiders might just be the beginning of a long awaited change on the South Plains. Breiden Fehoko’s commitment last year signaled a shift in Lubbock. A bending of the arc that can forcefully change the mindset.

Texas Tech has historically done more with less, and Red Raider fans are justifiably proud of that fact. Finding the diamonds in the rough and making them stars has long been a requirement for success on the field in Lubbock. Think Wes Welker and Zach Thomas; Danny Amendola and Colby Whitlock.

But the commitment of such a high profile and sought after player like Breiden can impact the program even long after his playing days are over, because his commitment is more than just a promise to play football for Coach Kingsbury and Texas Tech. It’s a commitment to be a Red Raider for life and, more importantly, to convince countless other highly coveted prospects to do the same.

Skeptics say that the only reason Kingsbury was able to land Fehoko is because of the school’s ongoing relationship with the family. My response to that is, “so what?” For whatever reason, the Fehokos have decided to adopt Texas Tech and Lubbock as their second home–and that should be celebrated. Texas Tech didn’t just get one blue chip recruit, they got the entire family, joyfully singing The Matador Song from the rooftops. And their enthusiasm is contagious.

There is great irony to be found in the last few weeks before last February’s signing day. The  darkness that followed when Texas Tech lost Jarrett Stidham, their first ever five-star quarterback “commit,” was replaced quickly by the dawning light of the @Fehoko_Era. The family was quick to reassure all of us that it’s not the players that we lose that matter–it’s the players that choose to stay. It’s “family over everything” that matters.

Red Raider fans should benefit from that motto and the commitment to a cause from a family that lives 3,406 miles away. A family’s commitment, in every iteration of the word, that will reverberate in the Hub City for years.