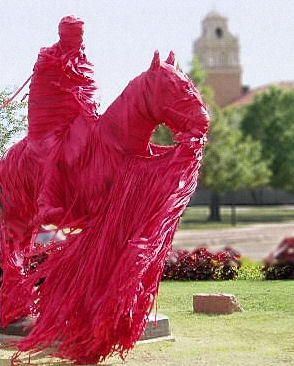 Duffield & Adkins become the first duo since 1974 to go 1-2 in the #NCAATF high jump!! They requested this pose: pic.twitter.com/hGfAPie4ak

I’ll be honest, I have a really tough time following track and field because there are so many moving parts and I have such a short attention span when it comes to trying to remember everyone’s name and figure everything out, but we’ll give it a go as Texas Tech competed in the NCAA Indoor Track & Field Championships and the baseball team beats up in San Diego.

“This is one of the greatest blessings of my life,” Duffield said. “To be able to do this is amazing. It was so awesome to compete against Bradley [Adkins] and go back and forth like that. It felt like we were at a normal practice. That’s how we compete, and we were able to bring it to the track today. We’ve been talking about this all season, so to be able to do it is a great feeling.”

“It was incredible for us to go out there and compete like that,” Adkins said. “We’ve been trying to pull this off since I got on campus my freshman year. We are always able to push each other to do great, and today was no different, but I let him win because he’s a senior. I’ve got him in outdoors.”

The men finished 5th overall, which is the highest finish ever for Texas Tech, and the women finished 12th overall.

The official site has a recap of the entire day, complete with video of both Duffiend and Adkins clearing the winning height. I’d add it here, but that hasn’t been done yet via YouTube.

Baseball Shuts Out San Diego St. In a much better showing yesterday, Texas Tech whips up on SDSU, 11-0 yesterday. I’ve updated Friday’s preview and open thread with a recap of the game and game links.