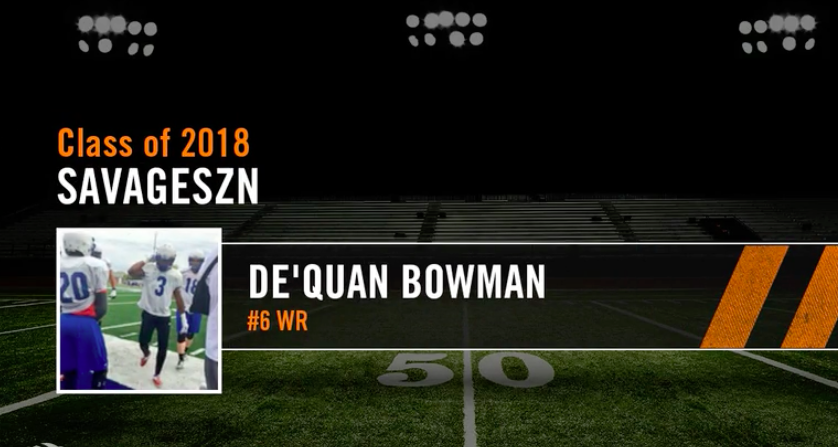 We check in on a Texas Tech receiver commit, De’Quan Bowman from Hutchinson C.C. and his midseason highlights.

Texas Tech WR commit De’Quan Bowman (5-11/177) has 36 receptions on the year for 493 yards, 2 touchdowns, averaging 70.4 yards per game and 13.7 yards per catch. Bowman started out incredibly well, catching 6 for 74 in his first game, then 5 for 74 in his second, 8 for 148 against Butler (a traditional powerhouse) and 9 for 116 against Iowa Central.  Things somewhat dropped off after that, although he did have 4 for 55 against Coffeyville and 6 for 60 against Highland.  But it’s bee a bit slow recently, catching only 1 for 7 yards against Garden City and 1 for 18 against Iowa Western.  It’s tough to judge too much on receivers because you never know what happened at the quarterback position and Hutchinson only averages 207 yards a game in the air.

Bowman does have a pretty terrific return game, averaging 22 yards a kick return, but 11 yards per punt return.