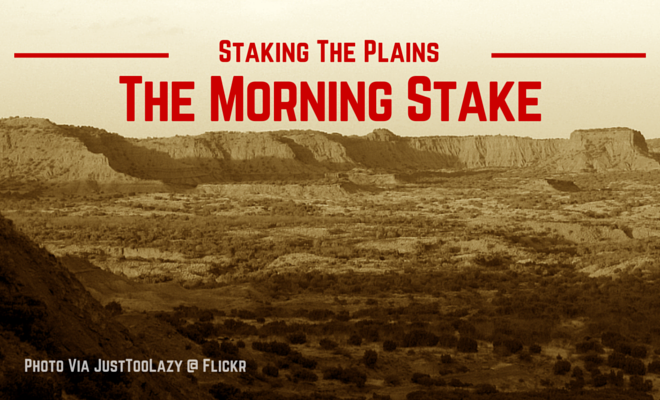 There’s a handful of games starting today and we’ve got details on all of them, from football, to soccer, Lady Raiders and the men’s basketball teams.

It’s a big weekend this weekend, starting with women’s basketball at 11 am, then soccer late this afternoon, then men’s basketball tonight, followed with football tomorrow. Gonna be a busy day.

When: Friday, November 13th @ 11:00 am
Where: United Supermarkets Arena

“The environment is going to be awesome with it being Education Day and having thousands of kids in the arena,” Whitaker said. “We think that kind of energetic environment will have the team ready to go, even with it being an 11 a.m. tip. It’s going to be a great start to our season. We know the players are just really excited to get started. Niagara has a good team, and because they have a new coach, it’s a little more difficult to prepare, so we’re going off player tendencies and really focusing on ourselves as well.”

Fast Break. LAJ’s Nicholas Talbot has a fast break notebook with a bit from Whitaker on improving from the exhibition game:

“From the exhibition you can take the good and the bad,” Whitaker said. “The bad was our decision making — we had way too many turnovers. We watched a lot of film on that and how to attack the zone, so hopefully if we see that we will be better.”

The Red Raiders will enter the match on a five game winning streak and meet a strong defensive team in North Texas who has not allowed a goal in their last three appearances. Both of the teams earned an automatic bid the NCAA Championship by right of winning their respective conference championships. UNT defeated Western Kentucky, Middle Tennessee and Marshall en rout to their fourth NCAA appearance following their first C-USA Tournament Title. Texas Tech battled their way through the Big 12 Championship as the fifth seed. The Red Raiders defeated Oklahoma 2-1 in the quarterfinals before shutting out No. 2 West Virginia in the semifinal round. Texas Tech claimed its first Big 12 Championship on Sunday with a 1-0 victory over Kansas.

Building Blocks. LAJ’s Krista Pirtle writes about how the seniors have been the building blocks to changing the face of the program:

nstead, the freshman class of 2012 was tasked with a more challenging role — pushing the Red Raiders over the top.

“The biggest steps are easier,” Texas Tech coach Tom Stone said. “It’s those tiny steps to go from top 50 to top 15. That’s what this class did. They put us in that rare status of top 20. They’re the ones that put us over. That’s the hardest job of all.”

“Every season’s opening game has a lot of nostalgia around it and a lot of nervous energy to see how the players are going to respond,” Texas Tech head coach Tubby Smith said. “I think we’re ready. We’re way ahead of where we were last year at this point. I want to see unselfish play, and I want to see the basketball shared. We need to limit our mistakes. We have a good group of players. They’re athletic, and they’re a fun team to be around and to coach.”

Notebook: Smith’s Alma Mater. LAJ’s Krista Pirtle also has a notebook and Smith and Toddrick Gotcher said that the biggest thing that they’ve been working on is the intensity and pressuring the ball:

“That’s been our biggest thing, pressuring the ball and not letting them make easy passes on the perimeter or inside,” senior Toddrick Gotcher said. “Coach has been on us real hard with intensity and ball pressure.”

But defending the ball hasn’t been the only area where Smith wants to see more intensity.

It’s been all over the floor on the defensive end.

“Talking on defense has been a big emphasis as well,” Odiase said. “Talking and playing with intensity.”

Pirtle also breaks down the new NCAA rule changes so check that out.

Knowing What to Expect. CJ Online’s Ken Corbitt writes that both of these teams know what to expect from each other and K-State head coach Bill Snyder says that the Wildcats will have to reduce the big plays for Texas Tech:

“If we want to have success you’ve got to dramatically reduce the number of substantial yardage plays that you give up,” Snyder said. “This isn’t the easiest team in the world to do that against, but it has been done. West Virginia did a nice job against them in that respect.”

As for the Wildcats offense, they had success running the ball against Baylor with quarterback Joe Hubener picking up 153 of their 258 yards.

The Red Raiders — who have lost three straight games and need one win in their final two to become bowl eligible — are last in the Big 12 in rushing defense and No. 125 nationally, giving up 273.6 yards a game.

“Well to me, he’s a very competitive young guy,” K-State head coach Bill Snyder said. “I appreciate that about him. … He’s not afraid to run the ball by any stretch of the imagination. He’ll bring it down and bring it out, and he’s not afraid to put his pads down and run into you. I just like his competitive spirit, and I think that provides a great deal of leadership for his football team.”