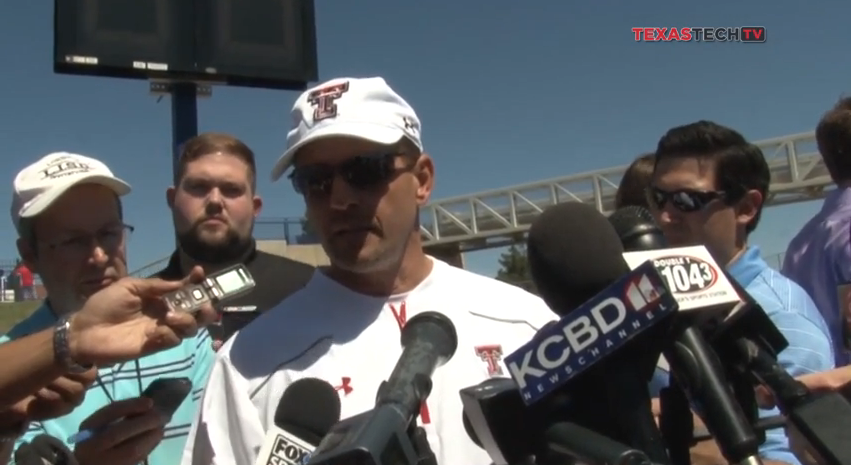 The break-up between Mike Smith and Kevin Curtis is an emotional one, but given the results, it was time to move on. Plus, we consider some options to replace them.

If you haven’t seen the news from yesterday, it was reported yesterday that defensive line coach Mike Smith and secondary coach Kevin Curtis will no longer be on the coaching staff.

I still have really mixed emotions on all of this, particularly because I really like both coaches and they are legacies at Texas Tech. The emotional part is what gets me and that really shouldn’t factor into anything that goes on with coaching decisions, especially ones where the defense has been terrible for three straight years with some improvement being shown in the turnover column this year, but the yards given up have been darn near epic. Taking my emotional ties out of this equation, it’s the right move, one that probably had to happen. The defensive line didn’t really show much improvement through the year, except that Breiden Fehoko was maybe the one guy that improved as the year progressed. The defensive line went through various individuals at the other tackle spot, from Keland McElrath to Rika Levi and ending up with Demetrius Alston for the better part of the more recent games.

Commenter Techsican Jumping Bean noted in last night’s thread that Colorado State defensive line coach Ricky Logo might be someone to watch as he was at Houston for defensive coordinator David Gibb’s three seasons at Houston. That makes sense, but be cautioned, Colorado State allowed 208 yards a game on the ground this year, which is still 60 yards better than Texas Tech, but only good for 107th in the nation. Logo had better luck at Houston with Gibbs, but this probably makes some sense.

The other thought here is that Zac Spavital could move back to the secondary and Gibbs could fill the positions a bit differently in that Gibbs and Kingsbury could go after a linebackers coach to go along with a defensive line coach.

If that’s the case, then maybe Arkansas linebackers coach Vernon Hargreaves makes some sense as he was also at Houston from 2013 through 2014.

If you have any other options, or thoughts, drop a comment.