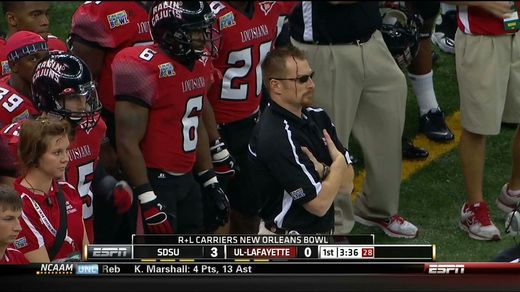 Texas Tech recently hired a strength and conditioning coach and this may be the most important hire for Kliff Kingsbury.

I recently wanted to find out why strength and conditioning coaches are so important to a program. I’ve actually had a bit of writer’s block and I think part of that is because I’ve needed to have this question answered before I can move on. That led me to this article from The Post Game about why the S&C coach is the most important hire a college football coach can make. This article focuses quite a bit on Bennie Wylie, the former S&C coach at Texas Tech, then Tennessee and then Texas as well as Mickey Marotti, the S&C coach at Ohio State. The article is from 2012, so it is a bit dated, but one of the things that I thought was interesting was this quote from Urban Meyer about what a S&C coach does:

“You can’t function in today’s era of college football without a superstar as a weight coach,” Meyer said. “That’s more important than a coordinator or a line coach. That’s changed.”

A superstar. That’s something I had never really considered, someone that has the personality and ability to lead that’s far beyond a guy that just knows a lot about getting stronger.

This led me to find the NY Times article about Marotti, when he was still at Florida, and also about Jerry Schmidt, the long-time S&C coach at Oklahoma. Schmidt doesn’t appear in the public as much, but Marotti certainly does, the Columbus Dispatch, Cleveland.com and the B/R.

“Anybody who has their hands on our players, they don’t necessarily report to him, but they meet. I am talking about our trainers, our doctors, our nutritionist, our equipment guy,” Meyer said. “I think one of the issues when you are 18 and 19 years old, and you have mixed messages … that’s the beauty of (having Marotti). It’s all right there.”

“What I care about is team leadership, and team unity, and toughness, because that’s the stuff you see on the field. That’s what really makes your team special.”

Marotti started a class in May that, through readings, lectures and the like, taught the players how to become leaders instead of expecting it to happen by chance.

“He is so involved in the leadership component of it,” Meyer said. “It’s all about teaching them the fight-or-flight mentality, backing them into a corner … teaching your mind how to handle a tough situation. And really, the only place you can do that is in the weight room.”

On this Monday morning, Marotti is more than holding it together. He is controlling the 13,000-square-foot weight room outside his office like a lion patrolling his pride. The countdown clock on the pillar just outside Marotti’s door is ticking down from five days and six hours until Saturday’s kickoff against Buffalo, the first game week of the season under way for the No. 2 team in the country.

Meyer trusts Marotti to give his players not only the physical strength to fulfill this philosophy, but also the mental fortitude.

“Coach Meyer says that and really preaches [relentless effort], but it’s really coach Mick who’s the one that goes through with it,” Boren said.

That’s accomplished with a variety of tactics, from workouts aimed to exhaust both body and mind to challenging individual players to step up.

Talking about Marotti on ESPN’s all-access feature last year, Meyer said, “I need a guy that’s gonna be with them and break them down but love them up—that’s gonna give them confidence, but also make sure it’s real confidence, not fake confidence.”

This brings me back to Rusty Whitt, the new S&C coach for Texas Tech and also Chad Dennis, the former S&C coach. This is really pretty tough because I don’t know a thing about Dennis other than the fact that he I did some research on him when he was hired by Kingsbury. I think the fact that I didn’t know anything about Dennis might be as telling about the situation as anything else. I don’t know if Kingsbury had any sort of restrictions on being able to talk to Dennis, but not one story or article or post about Dennis in the three years may tell me all I need to know. I’m sure he was a fine S&C coach, but did Dennis have that personality?

After seeing what little we have of Whitt, at the very least, we know that he’s a personality. He’s not charismatic, at least not from what I can tell, but he is motivating and he is pushing players and he is asking them to do more than they have ever done. It will also be incredibly interesting to see how Whitt adapts as the eyes and ears of Kingsbury, when the other coaches aren’t around, it’s pretty much Whitt’s domain and I am totally fine with that.

I’m absolutely ready for a new era of strength and conditioning for Texas Tech. I really want someone to own that room because I think that the progress that’s made in the offseason is going to be as telling in the transformation of this team moving forward.