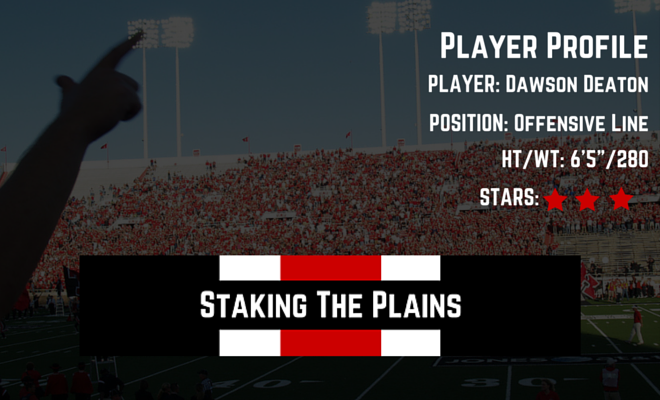 The Player Speaks: Nothing for free, but you can read Deaton’s tweets:

Scouting Report: Deaton is awfully tall for being a center, but he exhibits terrific quickness and tenancity for a guy his size. I don’t think there’s any question that Deaton projects as a guard. Good quickness and he shows really nice agility for a guy his size. Deaton looks very mobile blocking on the second level. Frisco doesn’t appear to be a team that passes the ball a ton but Deaton definitely has the run blocking down pat. Deaton really finishes blocks and this appears to be something that he and Jack Anderson take a lot of pride doing. It’s also saying something if Texas Tech has three commits who are legacies, Anderson, and Jaylon Reagor. All are terrific players and legacies. Can’t win them all, but these are some good ones.

Dawson, welcome home and welcome to Texas Tech and Git Your Guns Up!