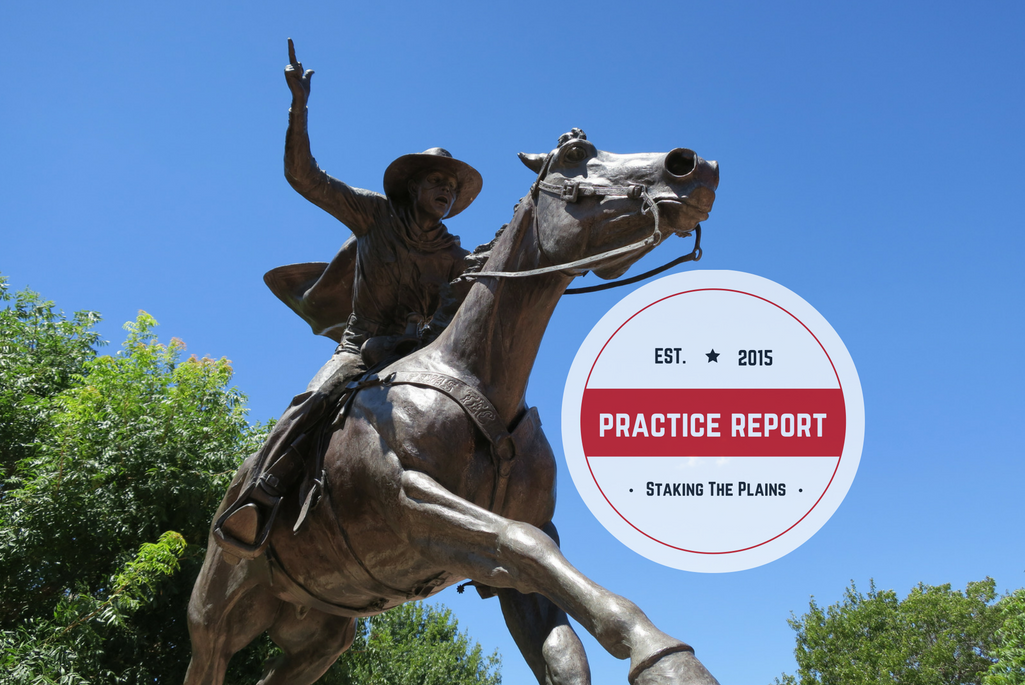 “I think one of the biggest things with Zach Barnes was Kolin Hill coming into play,” Patrick said this week. “Competition has to raise your game. You either raise your game or fall off. Zeus (Barnes) has done a phenomenal job in the spring and this summer and has really raised his play. We’re excited about him.”

RRS’s Will McKay has some notes from the third day of practice, where he confirmed Giles is getting the start over Ian Sadler at the Y-receiver spot and Derrick Willies is starting at X-receiver. McKay also has a good look at the nickel package, which Texas Tech will run quite a bit of this year:

LAJ’s Don Williams has all of the coaches’ salaries and notes that new special teams coach makes $250,000, which is the highest assistant salary behind the two coordinators. It seems that the other salaries were static except Lee Hays and Zac Spavital both received raises from last year.

Tech often played punt-safe in return situations, leaving its defense on the field and focusing on being alert to fakes and safely fielding the ball. The Red Raiders didn’t have a punt return longer than 14 yards.

Robinson said Kingsbury’s not discussed with him how much to use that approach.

“That hasn’t been a specific discussion, other than I do know we want that ball back,” Robinson said. “With this offense, we’d be crazy not to. At the same time, I think there will be times when you want to try to make a play with that unit.

“We want to give our returner a chance to advance the ball, but I’ve been places where maybe the offense wasn’t quite as productive. Here, I know one thing: We certainly don’t want to do anything to endanger us not getting the ball back.”

Once again, the only video from practice #3, but I’ll take it.

Of course. This is Bret Bielema is asked about defensive back Willie Sykes transferring to Texas Tech:

BB on Willie Sykes: I didn’t talk to Kliff, as you can imagine, but I talked to David Gibbs (DC) and gave him a glowing review