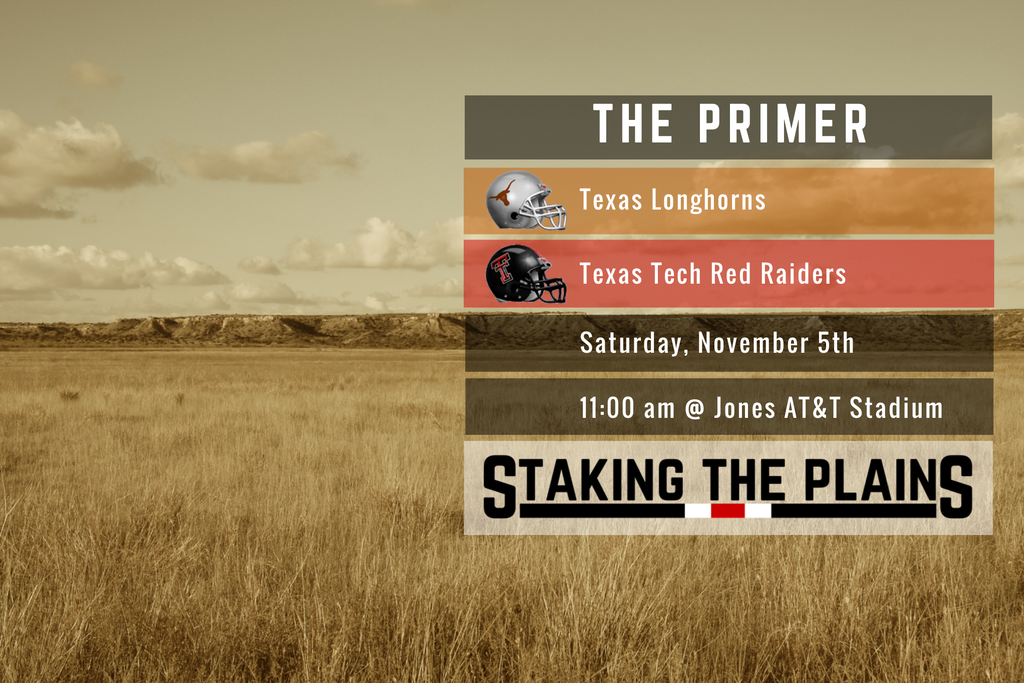 Your introduction to the Texas Longhorns.

The Longhorns beat the Baylor Bears after losing a close game to Kansas State. I don’t know how to feel about this as I was very much cheering for the Longhorns to beat Baylor and I don’t give two flips about the Big 12 and losing any sort of Big 12 prestige. The Longhorns are 4-4 on the year and 2-3 in conference, just like Texas Tech. The Baylor win and Iowa State are the two conference wins and we sorta know how Texas is “back” after beating Notre Dame.

1. QB Shane Buchele (6-1/191): Buechele has been very good as a true freshman completing 65% of his passes for 7.1 yards per attempt with 15 touchdowns and 5 interceptions on the year. I’d imagine that over time, Buechele will have a better yards per attempt average, especially if they keep with that Baylor-type of offense. I’d imagine too that the catch rates for the receivers will improve the longer that they keep throwing the ball deep. Armanti Foreman (5-11/205) is Buechele’s favorite target catching 27 for 349 yards and 3 TD’s while Dorian Leonard (6-4/200) is maybe the most consitent deep threat with 14 catches at 17 yards a grab.

2. RB D’Onta Foreman (6-1/249): Foreman already has over 1,100 yards and is an absolute beast. He has 173 attempts thus far and 10 touchdowns while averaging 6.4 yards per attempt. Foreman is pretty much purely a runner, only catching 3 passes all year. Still though, Foreman is going to be Perine-like in trying to bring him down and if anything, you may just want to try to let anyone else but Foreman beat you.

3. LB Anthony Wheeler (6-2/228): Wheeler leads the team with 60 tackles and Wheeler was not as highly rated as Malik Jefferson, but statistically, he’s having a better year. That’s not to say that Jefferson is bad, just maybe not played up to the preseason hype. And personally, I thought Jefferson was going to be a game-changer, but I bet he finds his footing his junior year. He’s too special of an athlete not to take that next step. As to Wheeler, he also has 2 tackles for a loss, 1 pass broken up and an impressive 3 forced fumbles.

4. DE Breckyn Hager (6-3/227): Decker is one of those speed rush types and has 43 tackles and 8 tackles for a loss including 5 sacks. Decker is just a sophomore and you wonder how he does being at defensive end and so light, but I’m thinking that Decker might be somewhat situational in terms of how he plays, but heck, he already has those 43 tackles which is good for third on the team.

Via OddsShark, there is no opening line as of this morning. I’ll update here (and elsewhere I’m sure) when a line is released.