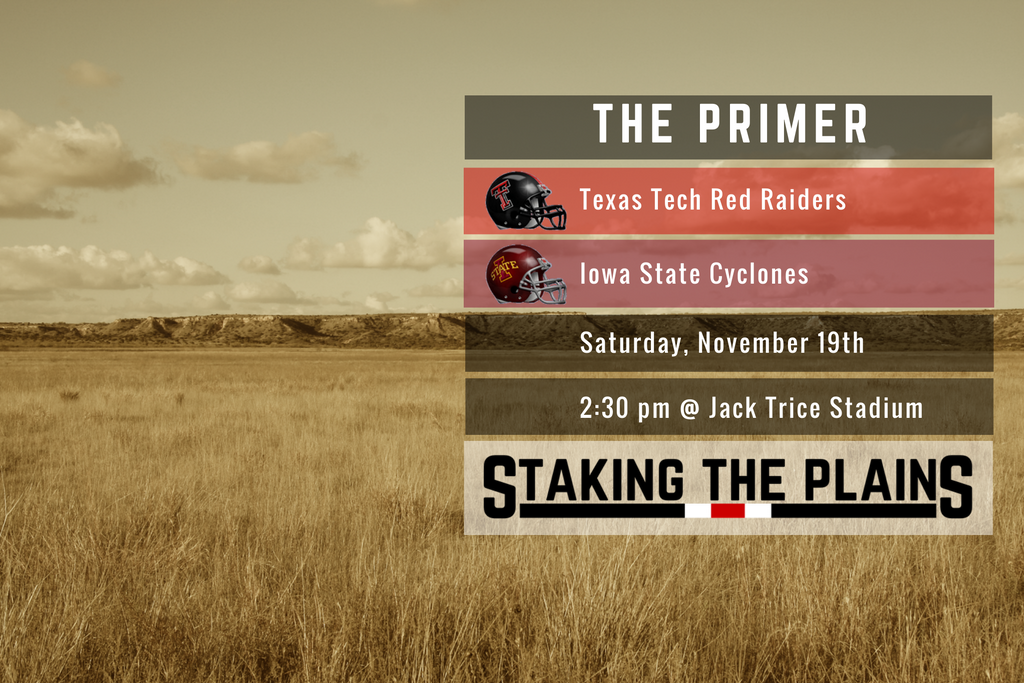 Your introduction of the Iowa State Cyclones.

Iowa State defeated Kansas last week, 31-24, giving Iowa State their first Big 12 win of the year. Iowa State has been an evolving team, with their only other win against San Jose State, they’ve struggled with pretty much every opponent, but I thought they played really well against Oklahoma, just a 7 point loss to Kansas State and only a 7 point loss in Stillwater to Oklahoma State. So yes, this team can play and there’s no question in my mind that Iowa State can win this game and that’s where we are with this team in 2016.

1. QB Jacob Park (6-4/205): These are probably not the offensive players you were expecting, maybe you were thinking Jacob Lanning or Mike Warren? Well, they haven’t played all that much and they didn’t play all that much against Kansas. Park was 20 for 26 for 205 yards, which was about 7.9 per attempt, 2 touchdowns and 1 interception and that’s not all that bad. In fact, that’s pretty good. He’s not a runner, but Lanning still was able to get into the game, going 1 for 4 for 15 years, but had 5 carries for 9 yards and a touchdown

2. RB David Montgomery (5-11/222): Montgomery, the freshman running back, received the bulk of the carries against Kansas, carrying the ball 24 times for 169 yards, which is about 7 yards per rushing attempt. Warren had only 3 carries for 17 yards. I think Warren was hurt and is working his way back into the fold. Either way, both Montgomery and Warren are both around 6’0” and weight around 220, so they’re a bit of a load when it comes to running back.

3. S Kamari Cotton-Moya (6-1/200): Cotton-Moya has 60 tackles on the year, averaging 6.67 each game while he has 1 tackle for a loss, 5 broken up passes and from what I can tell, Cotton-Moya is more of free safety type of player rather than a strong safety.

Via OddsShark, the line opened up with Texas Tech a 3 point favorite and that line has stayed there and I can envision this being a pretty accurate line moving forward.