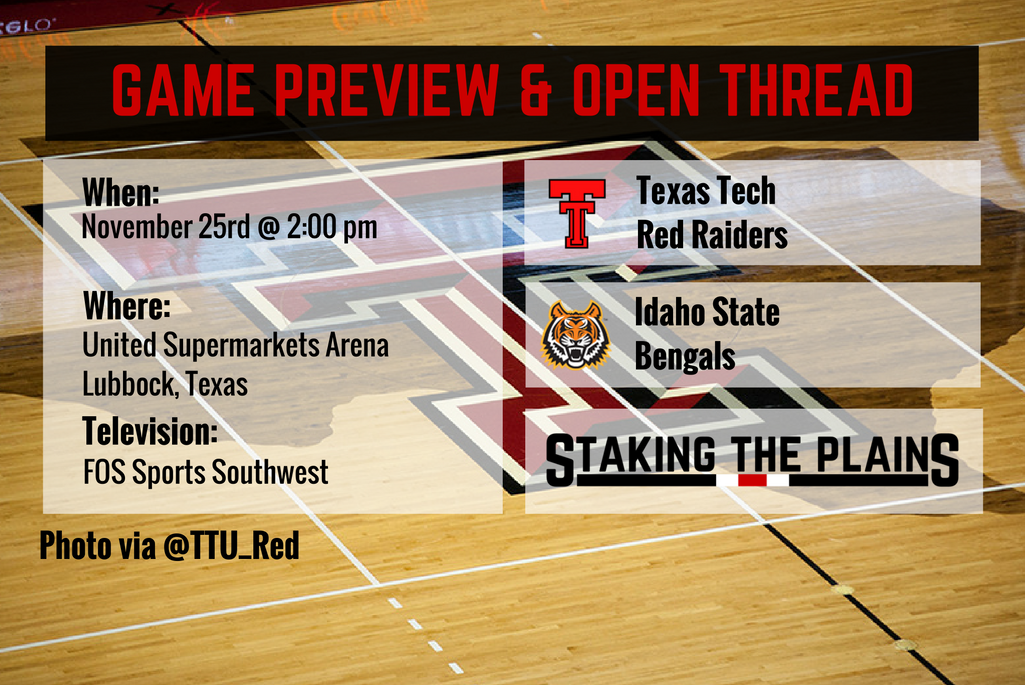 The Red Raiders take on the Bengals from Idaho State.

2. Idaho State has played the past two games without their leading scorer, Ethan Telfair, who was averaging 21 points a game for the Bengals and he’ll sit out this game too as he was suspended for three games. If the name “Telfair” sounds familiar, it should because his brother is Sebastian Telfair, who was selected 13th in the 2004 NBA draft. Ethan is supposedly one of the better mid-major point guards in the nation, but he might have some discipline issues.

3. With Idaho State not being so great, I think it’s about time that this team have an excellent showing offensively and get some guys who need minutes, like Matthew Temple, Gio McLean and Niem Stevenson some minutes. I especially think the minutes to Stevenson are critical because he’s a likely replacement if Gray ever goes down.

4. I also think it’s high time for Keenan Evans to start figuring how he needs to be involved with this team offensively. He seems to have problems finding his shot in the flow of the offense and he just hasn’t hit the broadside of the barn recently. He’s got to be much better for this team moving forward.

5. There aren’t a ton of tough games coming up, Incarnate Word next week, then Rice, UTSA, Nicholls State, Richmond and Longwood being the remaining non-conference games with the only road game being Richmond. Texas Tech doesn’t need to just win, but they need to win big with these games, particularly the Richmond game.