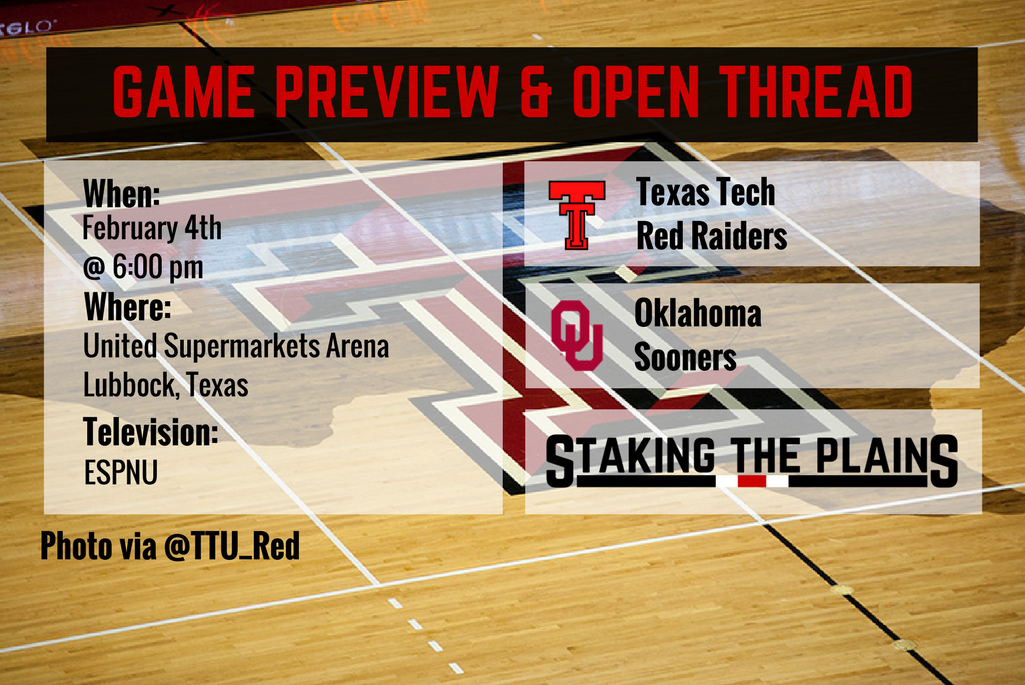 The Red Raiders need a win at home against the Sooners.

2. This is a must-win game. Really, they are all must-win games at this point and with this record for Texas Tech and as a result, this game becomes absolutely vital if you want to go to the NCAA Tournament. You’ve got to win, this game and TCU, at the very least and then it’s Kansas and then Baylor, so getting these two wins is absolutely vital. But before you get to that, you’ve got to get past the Sooners.

3. The last game, the Sooners athletic guards ravaged the Red Raiders and just couldn’t miss. It also didn’t help that Woodard was back from injury and helped lead the Sooners to their first conference victory. McGusty scored a career high 24 points on 9 of 14 and if anything, this is where we need Justin Gray to come up big.

4. A big part of the loss against the Sooners was the 37 free throw attempts for Oklahoma and the 14 for Texas Tech. You can only blame so much on the refs and Texas Tech has to drive to the basket. Of course, you have to hit more free throws than they did against the Longhorns too. Just dismal from that respect. I think that Evans and Smith have shown up consistently for each and every game (for the most part) and Texas Tech needs for someone else to be the third wheel in this duo. A threat each and every game.

“First of all from a positive side, we put ourselves in another position on the road in the Big 12 with a chance to win a one-possession game,” Texas Tech head coach Chris Beard said. “As long as we continue to do that, I believe that there will be great times ahead with the program here. On the negative side, we just have to execute better. On offense, some of the best shots were our best shooters. If I told you before the game Anthony Livingston is going to get a wide open look, you would take it. We don’t want to settle, but we want our best shooters to take shots. We just have to continue to get better.”