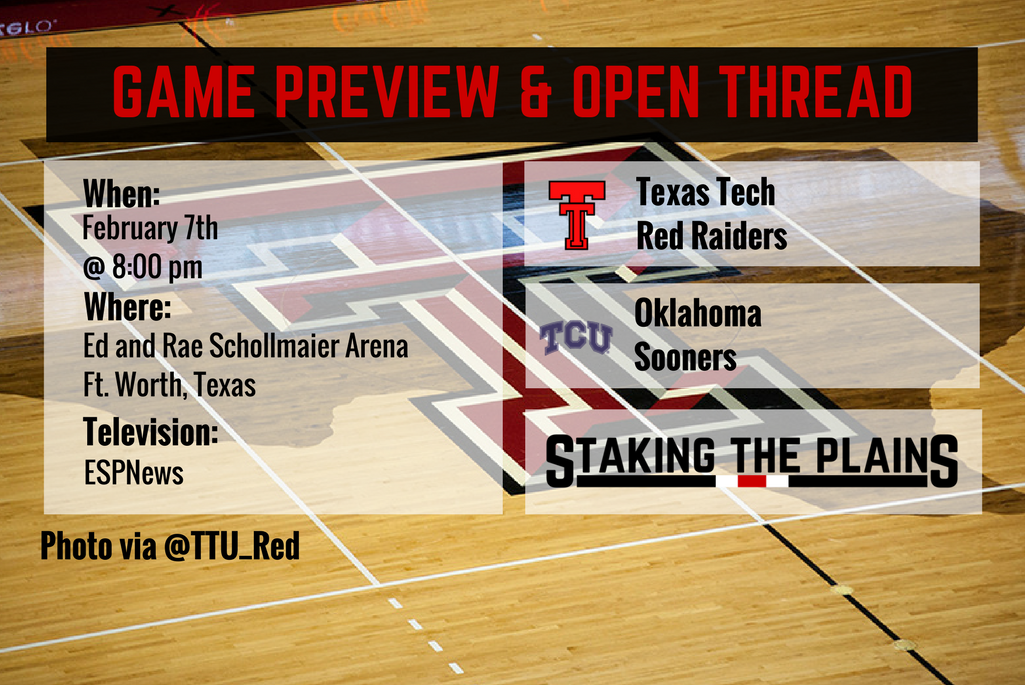 Texas Tech travels to Ft. Worth to take on the surging TCU Horned Frogs.

1. KenPom has TCU as the #32 team in the nation, 47th in AdjO and 43rd in AdjD. Texas Tech is 42nd overall, 38th in AdjO and 67th in AdjD. TCU really is good, they’re legitimate and for my money, they are essentially Texas Tech from last year, which is over-achieving and they are very good.

2. Some interesting numbers, TCU is just 7-7 after a win, they are just 6-7 as a favorite and 6-7 as a home team. TCU is a better scoring team, a better rebounding team, and offensively and defensively. I do really enjoy watching Brodziansky play, to see a true post-player like that work his magic in the post is really fun in this game that’s so dominated by guards. He shoots the ball so well, 62% and if the ball goes into him in the post, he’s shooting it. May be something to consider as Texas Tech figures out how to play him and TCU.

4. I do think that it was necessary to make a change to the starting lineup. I mentioned after the Oklahoma game that Stevenson was inserted into the starting five and I think one of the problems has been that there just aren’t enough quality rebounders on the team with Thomas on the floor. I’d also add that Livingston isn’t exactly a strong rebounder and with Stevenson adds length a bigger body to the starting five. I like this move and I ope that defensively it helps a bit too. I think it will.

5. Head coach Chris Beard on the importance of winning on the road:

“To me, you’re not even a part of the fight until you win on the road in the conference race,” Texas Tech head coach Chris Beard said. “We’ve yet to do that. I think you’ve got to put wins back-to-back. To this point, we’re an inconsistent team. That’s who we are. We’ve won one, lost one, won one, lost one, so one of many goals, objectives that we have is to get to where we can win multiple games in a row.”

Coach Beard addresses the media before heading to Fort Worth to face TCU on Tuesday. #WreckEm #4to1 pic.twitter.com/RQKej43Gas