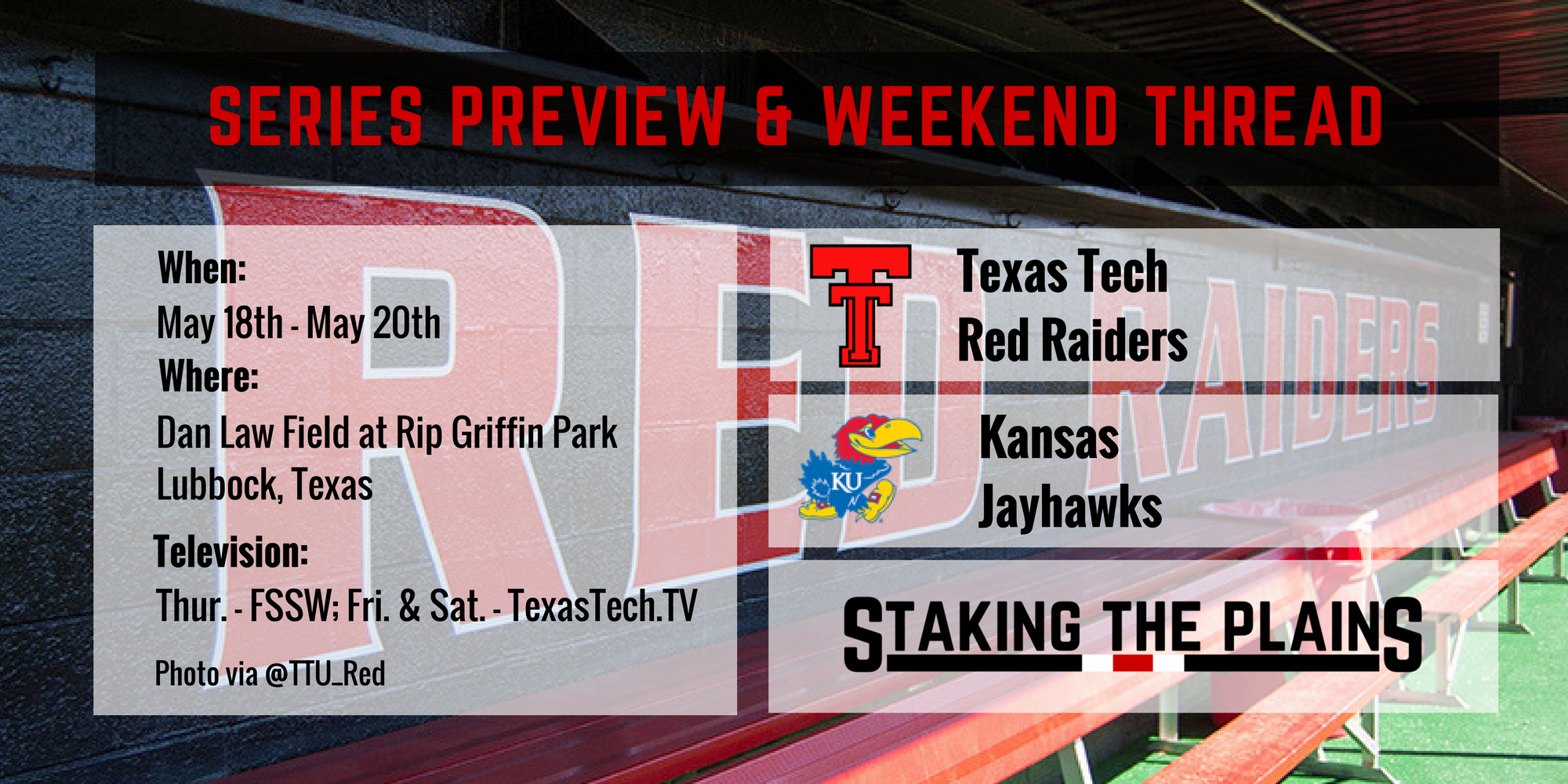 Texas Tech needs to sweep the Jayhawks in order to share the Big 12 title with TCU. Kansas ended up winning 2 of 3 from Kansas State this past weekend. Meanwhile, Texas Tech had the weekend off in order to take finals and so there’s a bit of rust involved with the team. Still, with a chance at the Big 12 title, the hope is that Texas Tech will come out on fire and win this thing. If it doesn’t happen, that’s okay by me, there are bigger hurdles to tackle (as I mix metaphors) this year. There’s also a chance that we get to see Davis Martin this weekend, which would be huge for the stretch run.

And I’m guessing on the starting pitching for both teams. I’m in Mexico as this is being posted, so I really don’t know who the starting pitchers are. Just making my best guess. If anyone can post the link to the game notes that would be terrific.

Texas Tech notches its 40th win of the season in a back and forth game. Scoring started early on with Tech scoring first with one run in the bottom of the first, but Kansas answered with a 3 spot in the top of the 2nd. Tech scored one more in the bottom of the 2nd, and then two in the bottom of the 4th to take the lead 4-3. Kansas would respond with another 3 spot in the 6th inning, but Tech answered right back with 4 run in the bottom of the 6th and two more in the 7th. Tech’s first run was a solo homerun from Tanner Gardner (his first of the year), but he was robbed of an RBI with an aggressive steal attempt where the runner was thrown out (easily) just one pitch before his homerun. Gardner would go on to hit his second homerun of the game in the 6th inning on a two run shot over the right field wall. The bats were patient and productive for Tech, who ended the night with 15 hits, with numerous at-bats going 8+ pitches (namely Klein to start both the 6th & 7th innings). There were a few defensive gems as well, with Cody Farhat showing off his speed, jumping and catching abilities multiple times on balls hit into the alleys, and Hargrove made a diving catch at first that made it on the night’s ESPN Top 10 at #2. Gingery looked OK in his first start after the long layoff, going 5 innings and giving up 7 hits, 3 runs (all earned) while also counting 7 strikeouts. Killian came on in the 6th and gave up 3 runs, but was the pitcher of record when Tech retook the lead as he is credited with the win. Patterson is credited with the save with 3 full innings, no hits, no runs and 4 Ks. Tech goes for the series win tonight at 6:30. -meestahrogers