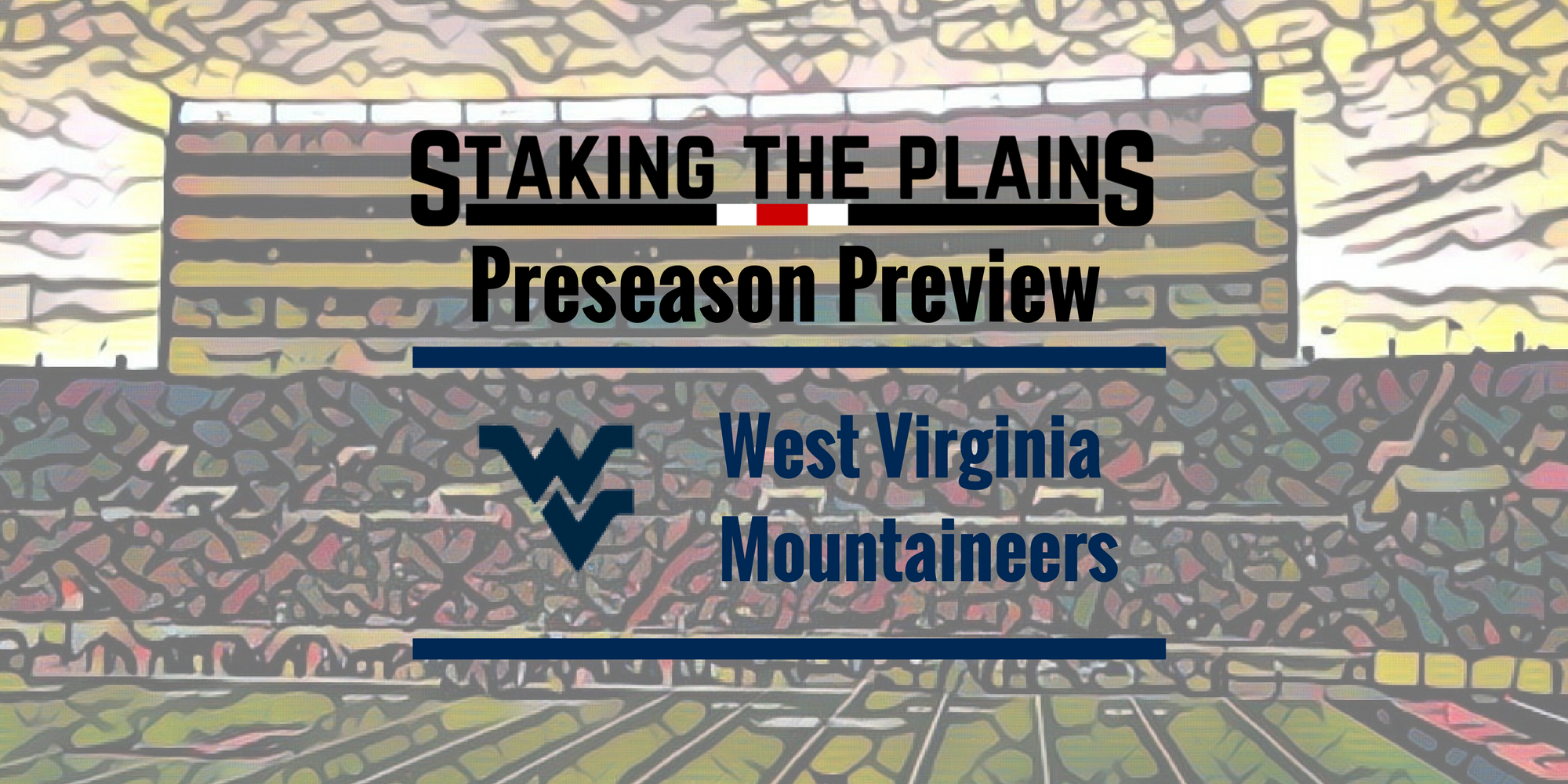 The Red Raiders travel to Morgantown to play the Mountaineers in the 6th game of the 2017 season.

A fantastic year for West Virginia, only losing games to Oklahoma State, Oklahoma and a bowl game to Miami. The year started out incredibly well with wins against Missouri, Youngstown State, BYU, Kansas State, Texas Tech and TCU. At this point, West Virginia lost to OSU, then rattled off two wins against Kansas and Texas on the road, while getting blown out by the Sooners at home. Two more wins at Iowa State and Baylor ended the conference play and then lost a game to Miami, 14-31.

Grier is the transfer quarterback from Florida, who was pretty good for the Gators, completing 66% of his passes with 10 touchdowns and 3 interceptions, while throwing for 1,204 yards and averaging 7.5 yards per attempt. That’s a solid freshman season. Grier transferred and now he’s a junior and according to reports Grier is going to get the ball out early and often:

“The one thing I definitely notice is he gets the ball out fast, regardless of whether I’ve been able to put my hands on him or not,” Donahue said. “He takes significantly less time to throw the ball, not necessarily because I’m getting back there or if I’m untouched or I am touched. He gets the ball out extremely fast. He’s throwing the ball. It’s getting out quick.”

West Virginia lost a ton of talent on the defensive side of the ball. From what I can tell, West Virginia lost 5 of their top 7 play-makers and they were all pretty danged effective and good for WVU. White though is the brother to receiver K’Raun White (who caught 48 passes for 583 yards, 5 touchdowns and 12.2 yardsper catch) and Kyzir had 52.5 tackles, 7 tackles for loss, 3 sacks, 5 pass break-ups and 2 forced fumbles. That’s some significant production from your safety/linebacker position.

Crawford ran for 1,184 yards on just 163 carries, averaging 7.3 yards per carry, losing only 2 fumbles. Crawford also caught 14 passes for 68 yards and a touchdown coming out of the backfield. WVU doesn’t necessarily throw a ton out of the backfield, but maybe that will change with Spavital at the helm. I’d expect Crawford to get a few more touchdowns this year as Skyler Howard ate up a ton of touchdowns in short yardage situations. You can also expect freshman Kennedy McKoy (6-0/204) and Martell Pettaway (5-10/203) to receive significant carries as well. McKoy had 73 carries for 472 yards and Pettaway had 49 carries for 260 yards.

The biggest reason for optimism is that I think that the offense isn’t going to drop off really at all. Yes, they do lose some pretty serious production at receiver, Daikiel Shorts, Jr. (63 catches) and Shelton Gibson (43 catches) are gone, but the aforementioned Ka’Raun White and Javon Durante as well as transfer David Sills should more than make up for those losses. Grief will probably prove to be a more than capable quarterback and with Spavital at the helm, you wonder if the offense will look any different. Previously, it was an offense that seemed predicated on running the ball, with Howard being able to create serious issues running the ball himself. Spavital was at TAMU and then let go, while landing at Cal with Sonny Dykes for a couple of years.

The reason to worry is that the defense loses so many talented players: LB Justin Arndt, S Jarrod Harper, CB Rasul Douglas, DL Darrien Howard, S Jeremy Tyler, CB Maurice Flemming, DL Noble Nwachukwu, DL Christian Brown and CB Antonio Crawford). I think that WVU is replacing huge chunks of their defensive line. Running a 3-3 stack, there’s only 3 to replace, but still, those were some talented players. The Mountaineers also lose quite a bit on the backend, Harper, Douglas, tyler Fleming and Crawford were all big parts of the defense. Still, though, Tony Gibson has always shown to be a guy that does really well at producing defenses that attack and win a lot more battles than they lose.

This is going to be a tough game to win in Morgantown and this will be two tough games in a row for Texas Tech, Oklahoma State at home and then traveling to Morgantown is going to be tough. I think credit needs to be given to Tony Gibson’s ability to field a more than competent defense on a yearly basis despite losing talent. He seems to be a really good talent evaluator and he fills gaps pretty well. I’d also imagine that Grier will be an upgrade to an extent over Skyler Howard. By this point, we should know what kind of defense Texas Tech is going to field and how well they are able to stop opponents. So much depends on the Texas Tech defense for the success of the 2018 season.