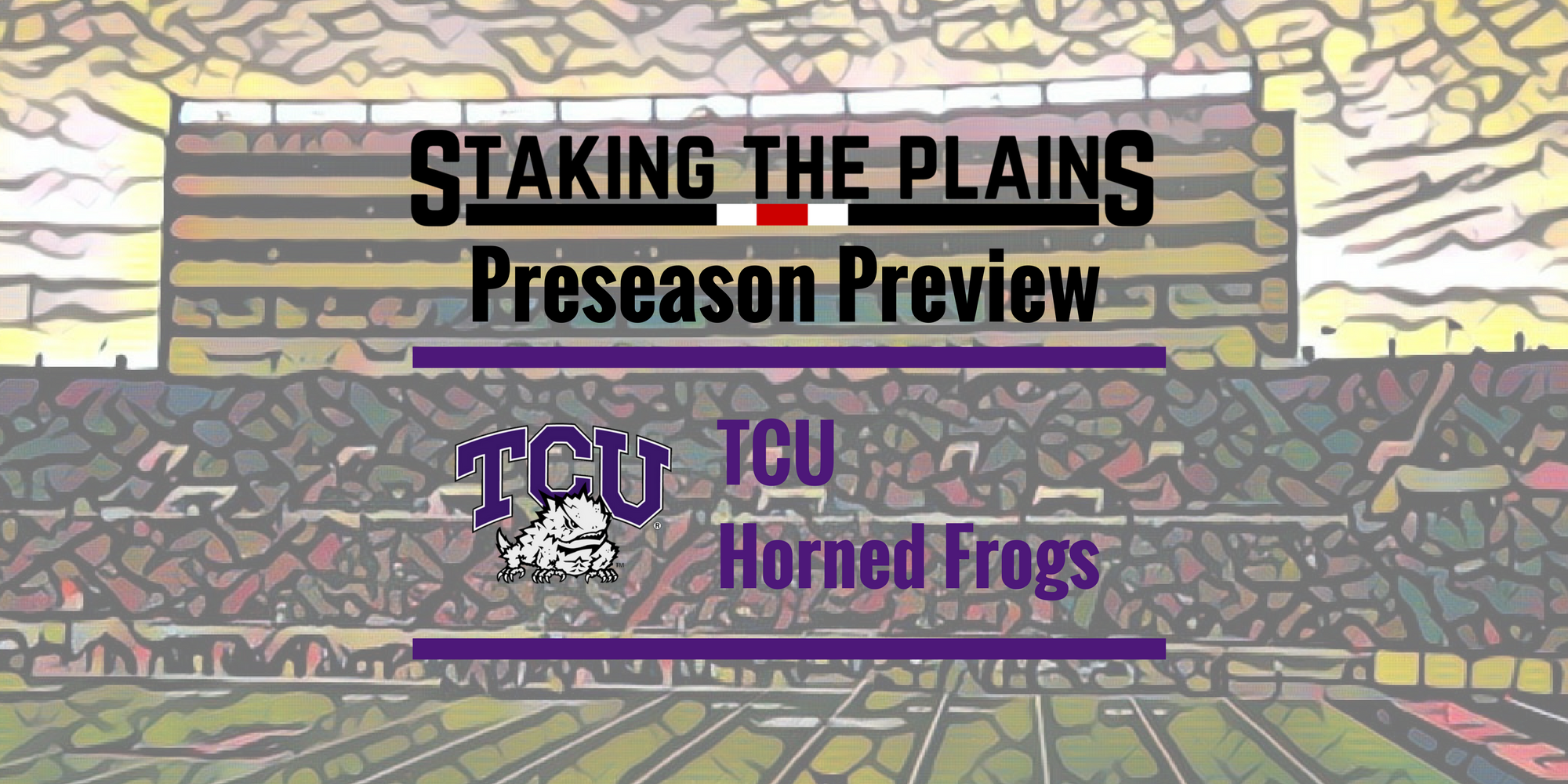 TCU is the second to last game of the season and much of their success might be dependent on the success of Kenny Hill.

An easy win started the season, an 18 point win against South Dakota State, and then a 3 point loss to Arkansas at home led to two straight wins against Iowa State and SMU. A 6 point loss to Oklahoma and a 1 point win at Kansas are back to back, when TCU then loses to West Virginia on the road and Texas Tech at home before absolute drubbing Baylor. TCU then loses handily to Oklahoma state, beats Texas, and then loses to K-State in the same sort of manner (6-31, 31-9, 31-9) and then loses in the bowl game to Georgia by 8 points. That’s a lot of up and down for TCU, more than I think they’re used to having.

Turpin wasn’t as explosive as he was as a freshman. I think nagging injuries kept him from being his usual self, but when healthy, Turpin is essentially Jakeem Grant in that he can affect the game in so many ways, from the receiving, rushing and maybe most importantly the return game. Turpin averaged 12.5 yards per punt return last year and 28.35 yards per kickoff return last year. I’d imagine that Turpin will be ready to go to start the fall, the key will be staying healthy with such a slight frame, something I always was concerned about with Grant as well.

Howard is a tail-kicking linebacker in the most TCU sort of way. Everything seems to be funneled to the linebackers and Howard and Ty Summers make the most of it. Howard had 101 tackles last year, including 3 tackles for a loss and 1.5 sacks, 1 interception, 2 pass break-ups and 1 forced fumble. Summers ended up with 90 tackles, 5 tackles for a loss, 1.5 sacks and 3 pass break-ups. I can only hope for that sort of production for Texas Tech linebackers. These tackle numbers obviously led the team.

Orr is being tabbed as a preseason All-Big 12 performer based on his 2016 season where he had 66.5 tackles, 1 tackle for a loss, 4 interceptions and 6 pass break-ups. The safety position should be in pretty good hands as fellow safety Niko Small also returns, and he had 69.5 tackles, 2 interceptions and 9 pass break-ups. Again, that’s terrific production from two key spots for the Horned Frogs.

I think the defense should be pretty good. The biggest problem for the TCU defense is that it looks like they are replacing quite a bit of the defensive line, but TCU has traditionally done a very good job of recruiting those big defensive line bodies. They seemingly have guys waiting in the wings all of the time. Players like Chris Bradley, Joseph Broadnax and LJ Collier will need to make an impact for guys like Aaron Curry, Josh Carraway and James McFarland. Still though, the linebacker and safety spots should be very well taken care of an dat cornerback Ranthony Texada and Jeff Gladney are both returning and I think they both started (or at the very least played a lot) last year.

Offensively, the question is if Kenny Hill can turn it around. Hill threw for 3,200 yards, but had only 17 touchdowns and 13 interceptions while completing only 61% of his passes for only 6.5 yards per attempt. That’s not what you come to expect from what TCU wants to do offensively, but maybe things will change with Cumbie being the only guy in charge. Shawn Robinson is a terrific freshman from DeSoto that could maybe see playing time. Kyle Hicks returns and he’s a 1,000 rusher that was a huge part of the offense last year and TCU I think returns just about everyone from a receiving standpoint. Most of the parts are there to have a good offense, it just depends on if Hill can mature and be better than he was last year. The expectation is that he will be better, the question is how much.

How goes the quarterback is how goes TCU? I think by moving to the spread type of system, that’s the unfortunate reality for TCU and if I were Patterson, I’d love to see an offense that is less dependent on great quarterback play (more of Hicks and anyone else who can run the ball). I just don’t know what that is nowadays. Hill being so inconsistent at quarterback has been a complete 180 from what Treyvone Boykin did for TCU and Robinson might be that guy, but a true freshman is almost always going to struggle. I wonder if the defense can carry the offense to enough wins and I don’t know how possible that is when you play a version of the spread on offense. Surprisingly, the offense was better (from an S&P+ standpoint) than the defense. For Texas Tech, this was a game last year where Mahomes struggled, but still won the game.  Still though, TCU and Patterson have had a history of producing winning teams and Texas Tech has not and so the Horned Frogs get the benefit of the doubt with the media and fans (they’ve been picked as a surprise team to do well this year).